Wonderful Diversity:- Islam party in Belgium wants to create an Islamic State and separate Men and Women by 2030

The Field Marshal said:
Poor James is trawling through every post by yourself and myself and giving it a dislike red hand.
This is part of his essentially abusive and bullying personality and another reason to remove the dislike button option which this twanker is abusing.
( maybe let’s hit back together and give all of his posts the double red hand..?)
Click to expand...

By doing that we would give him comic legitimacy. It would be a laugh though. We should start when we hear the bang of his head blowing off.
OP

Brilliant!
So the excuse will be.
I was pocessed by demon when I was carrying out the assault.
Nothing to do with me!
It's only a bit of chat and banter. We're not the World council.
K

Democracy is self paralysing that is it's problem. Your govt which 'you' chose chooses to attack you how do you respond?

If you accept democracy then you accept what elected govts do so you must accept it when they attack and replace you, it's almost like a form of unintentional suicide you cannot stop, your hand moving on it's own for the gun.
G 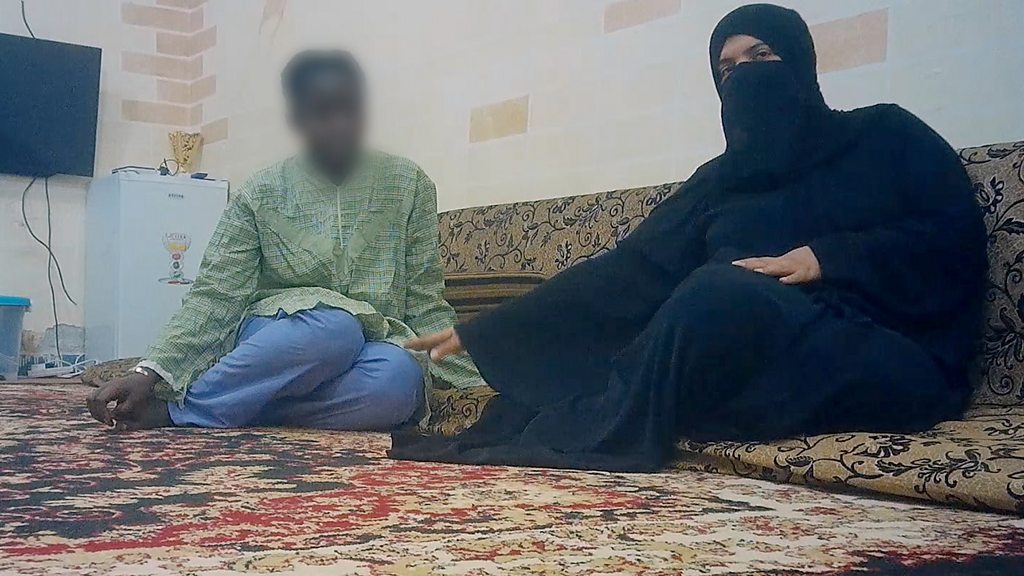 Domestic workers have been illegally sold via Instagram and other apps on Google and Apple's stores.

Drive around the streets of Kuwait and you won't see these women. They are behind closed doors, deprived of their basic rights, unable to leave and at risk of being sold to the highest bidder.

But pick up a smartphone and you can scroll through thousands of their pictures, categorised by race, and available to buy for a few thousand dollars.

An undercover investigation by BBC News Arabic has found that domestic workers are being illegally bought and sold online in a booming black market.

Some of the trade has been carried out on Facebook-owned Instagram, where posts have been promoted via algorithm-boosted hashtags, and sales negotiated via private messages.
...
Nine out of 10 Kuwaiti homes have a domestic worker - they come from some of the poorest parts of the world to the Gulf, aiming to make enough money to support their family at home.
Click to expand...

How long before these apps are to be used in european countries, not all foreigners are equal, many are being imported to be used and abused by foreign gangs for sex, drugs etc... Many are to be used as effective slaves by the ethnic and foreign elite at whim. We are not just importing the third world, we are importing their cast systems and having a slave class as the norm. The west is reverting.
EVERYBODY'S POLISH | MEET THE BILDERBERGS | SHATTERING THE NATION | CENSORSHIP YES | DEMOGRAPHIC PONZI SCHEME

Will be interesting to follow the progress of this new Denk Islamic party in Holland as well.

They now have representation in the Dutch parliament.
Last edited: Nov 8, 2019
N

Karloff said:
Democracy is self paralysing that is it's problem. Your govt which 'you' chose chooses to attack you how do you respond?

If you accept democracy then you accept what elected govts do so you must accept it when they attack and replace you, it's almost like a form of unintentional suicide you cannot stop, your hand moving on it's own for the gun.
Click to expand...

But we don't have democracy, we have a sham democracy. The only country on the planet I would consider to have a functioning democracy is Switzerland, where the people can run a referendum and get rid of the government at any time. That's democracy not the farce we have!!!!!
You must log in or register to reply here.
Share:
Facebook Twitter Reddit Pinterest Tumblr WhatsApp Email Link
Top Bottom