Women's Day Is Funded By The Rockefeller Foundation For Population Control

GUEST
After watching the 6pm RTÉ news interviewing a "cross section" of Irish women to celebrate national women's day I felt compelled to write. The footage from Saudi Arabia was strange. Is that condidered investigative journalism?The women representing Ireland were an African politics student, an academic surfer, a mother of three who campaigned for abortion, a widowed farmer, a LGBT student and a working mother of four children. The working mother seemed to have more of a commen story and said only for her mother minding the kids she couldn't have the children or work. No one mentioned the fact that feminism is social engineering designed to grossly exploit women. Two people need to pay half of both their salaries to the bank now to pay a mortgage. With over 50% of the Irish workforce earning €25000 before tax, including those working in the multinationals, getting married buying a house in their twenties is now impossible. Hence the landlord gets their wages in rent,while the banks wait to fleece them for the remainder of their lives in a mortgage. A woman on the share your story feature on RTE news, celebrated the victory of the repeal movement. Now women who fall into the aforementioned job category, will have the free right to abort their baby,should they be unfortunate enough to get pregnant. International women's day is sponsored by the Rockefeller foundation for population control. The luxury of women of the past who predominantly were married in their own home, with kids before the age of thirty is now over. No longer is it the mothers primary objective to give love to her children. If under the freak occurrence you do manage to afford to have children, then it is the states to rear them. The man as the sole breadwinner is oppressive. Wasn't their a women's day also on the sixth of January?Rockefeller really is speeding up the antics later. When is mans day? Also the article on the newspaper today sneering at the traveller grandmother of 90 grandchildren in Ennis was disgusting. Many people know what they are up to. They send the same memo to all the papers they own throughout the world.
K

I support population control in Africa and Asia where it is needed. Not as a tool of white genocide though (as it is currently being deployed as).

The footage from Saudi Arabia was strange. Is that condidered investigative journalism?
Click to expand...

Saudi under MBS is being rebranded more positively in the West - because of MBS links with the global elites and their causes (such as zionism).

Karloff said:
I support population control in Africa and Asia where it is needed. Not as a tool of white genocide though (as it is currently being deployed as).

Saudi under MBS is being rebranded more positively in the West - because of MBS links with the global elites and their causes (such as zionism).

Feminism today is really related to consumerism.
Click to expand...

The feminist movement is being financed by social engineers for their economic benefit. We are living under the dictatorship of financers like George Soros. Whilst the zombies sleepwalk justifying their own demise 26 people have the same amount of money as the poorest half of the worlds population. The new global dictators collect the cash with these movements which are supposedly for our benefit.
Last edited by a moderator: Mar 8, 2019

There is a crack in everything
OP
D

Papua New Guinea isn't that where Bertie is?

Speranza said:
Papua New Guinea isn't that where Bertie is?
Click to expand...

No it's where Bertie is from.
So! Which shit is on topic and relevant? Mine I reckon.
OP
D

Notachipanoaktree said:
No it's where Bertie is from.
Click to expand...

GUEST
Part of O'Connell Bridge in Dublin blocked by International Women's Day protestors Bigger than the yellow vests March. Where are they headed? 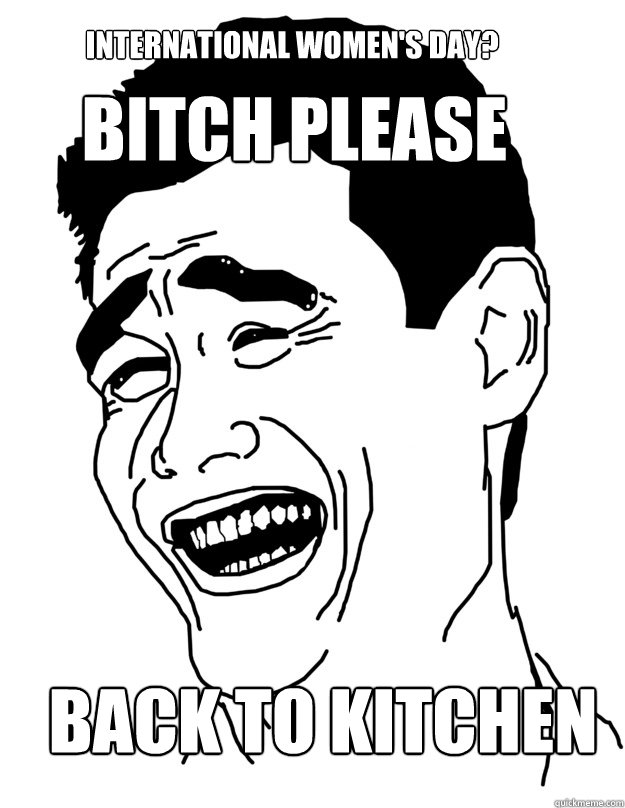 Ha ha at least the man is now the " female dog" in the kitchen according to you. Great to see the west and its allies once again liberating the Middle East. They could start with the 500000 widows in Iraq whose husbands were murdered by peacekeepers on the hunt for non existent weapons of mass destructions otherwise known as wmds. They are very good at providing shock and awe spectacles. The problem is their collective paranoias are become mundane and easy to spot.
A

The Ireland Palestine Solidarity Campaign fanatics, true to form, have today launched a bullying campaign
of harassment, targeting Sarah McTernan, Ireland's entrant in the Eurovision song contest - to intimidate her into refusing
to take part in Tel Aviv.