Why are we angry with (illegal) immigrants?

Tadhg Gaelach said:
I think it would be better to change the title of this thread to "Why are we Angry with Illegal Immigration?" Being angry with the illegal immigrants is pointless. We need to be angry with the criminal Régime that has thrown open our borders and let it be known that any immigrant who breaks the law will be rewarded for doing so. The Régime wants to increase the population by another million by 2040. It won't be able to do that without a huge amount of illegal immigration.
Click to expand...

That's true, but you can still be angry at individual migrants. Don't you feel any anger towards a migrant who avails of Ireland's hospitality, a country that takes him in, gives him a livelihood, educates his children...
And then he defrauds the people of hundreds of thousands in Welfare Theft?

Aside from those involved in criminality here its not so much anger at the immigrants, even the illegal ones. They're just taking their chances and the opportunities afforded to them. The problem is the regime.
Also the regime wants us to focus our anger on the immigrants so they can call us racist, xenophobic etc Takes the heat off them..the real criminals.
T

I see no need for the thread title:
"(illegal) immigrants"

One can be perfectly angry with legal immigrants. The sham process used in determining legality creates no moral superiority.
OP

TW Tone said:
I see no need for the thread title:
"(illegal) immigrants"

One can be perfectly angry with legal immigrants. The sham process used in determining legality creates no moral superiority.
Click to expand...

No. If Tesco hires a few dozen Paks, as they did with their Dundrum store a while back, all those Paks are quite legal and have the papers.
But to stress their legality is to assign some kind of moral agency to Tesco.
As far as I am concerned, capitalists don't determine who has or does not have a right to be in my country.

Vote 4 Change said:
There are many threads on this forum that deal with immigration, immigrants, asylum seekers and illegal immigration.
We often get confused and angry and sometimes we lump legal and legitimate migrant workers with illegal immigrants and and bogus asylum seekers.
The Regime and it’s propaganda media machine play on this confusion and amplify it for their own plantation and EU needs.
I am pretty sure that legal and controlled immigration is accepted as normal in a working Society.
What makes us angry is the abuse we are experiencing from both the Irish and EU Regime. The illegal immigrants are merely a symptom of an open borders EU experiment that can only end in Societal conflict.

The Irish Regime are allowing and rewarding uncontrolled numbers of unvetted illegal immigrants to to enter our Country.
1. We have never been consulted.
2. The Regime love the word “consent” but show no sign of looking for consent.
3. 94% - 99% of immigrants from Albania, Georgia and Nigeria entering our country illegally are refused Asylum yet NO DEPORTATIONS. Immigration Fraud is a major factor that makes me angry. Our taxes should be used for us and our families, not bogus asylum seekers.
4. There is no sign of this stopping.
No wonder we are angry.
Maybe the Archbishop of Dublin should read his Bible more often
Deuteronomy 19:14
Thou shalt not remove thy neighbour's landmark, which they of old time have set in thine inheritance, which thou shalt inherit in the land that the LORD thy God giveth thee to possess it.

Why am I angry that a guy has landed in my locality and is:
No idea why Im mad tbh.

TW Tone said:
i saw a Muslim putting on his socks outside the toilet in Dublin Airport a few days back.
I have to be truthful, and say that I did not see him washing his feet in a hand basin in the toilets area.
But I strongly suspect he did.

I would be very annoyed if I saw that happening--all the bad language I never use on this site would come out in a stream of bile directed towards the Muslim.

I am more annoyed at the useless Irish government, though. I saw a full hood and mask woman (?) that same day at the airport.
Do they have to expose their faces at Passport Control? I am hoping to be able to observe this some day.

I was furious a year or two back when the Dept of Justice confirmed to me that these people can take the oath of Irish Citizenship without taking off their Hood and Mask. I am surprised few people seem to share my anger about this.
Click to expand...

They put in a Prayer Room at Dublin airport a few years ago. An obvious sop to Islam.
B

I have to get this story out of my system. Excuse the rant.

One personal experience has really brought home the truth of the matter to me. For a few years I worked in a factory where certain sections were majority foreign and I’d often go a full day not hearing any English spoken apart from the girl on the till in the canteen. I became friendly with a Nigerian fella on account of the fact that none of us could speak Polish so we had no one else to talk to. I worked night shifts with him and got to know him pretty well as there are points in the middle of the night where you have to stop working and talk to someone to keep yourself awake. The kinda stuff you talk about tends to be frank and personal at that hour rather than merely football and the weather. He told me about how he got into the country and his situation back home (well-off family who somehow managed to get British citizenship and so he ended up in Ireland). I even came clean with him that I was no fan of mass-immigration and he sort of saw my side of things. I thought he was a decent sort, not a bad worker but always had some get-rich-quick scheme on the side. He took a few months off, once, to go over to London and work as a limousine driver for premier league stars (this didn’t bring in the money he thought it would and he came back looking sorry). He ended up marrying a Nigerian woman despite telling me for years that he wouldn’t go near them. She got pregnant and began telling him of her dreams of the high-life – trips to New York, Caribbean cruises ect. He started sweating and the schemes became more bizarre. I moved on from that place and the last thing I heard about him was that his wife had gotten a big job in Canada and he was going to follow over. A few days ago I bumped into an old work colleague and I asked about my old Nigerian friend only to get a look and a ‘Didn’t you hear!?!’ It turns out that this Nigerian guy lodged a fraudulent cheque into his account for €50k and then transferred it into another account and then skipped the country. Apparently, the bank is still chasing the money and the man but are unlikely to get either. I’m not sure why, but it hurt me personally like a punch in the balls.

He was the nicest Nigerian I’ve ever met, but he was still here first and foremost for material gain and it’s very difficult to run a country when so many of the inhabitants are foreigners lured by high wages and dreams of making big money; we’re effectively becoming one big Klondike and the fabric of society will evaporate if this keeps up. If you travel up and down the west coast you’ll meet a few Germans and Brits who came here to make organic jam and paint Atlantic sunsets but outside of that the average immigrant is just a bee that followed the honey.

The unwillingness of the Irish electorate to consider the fact that countries can regress as well as develop.. It is not an upward trajectory only... What went up can collapse.. and quickly..

There are lots of countries that were more stable and better off in the past then they are today.. Afghanistan was well on the way to developing in the 1970's..now its an utter medieval shit hole... Iran too.. Most south American countries as well.. Many more are heading steadily down.. the UK, Germany... France.. And Sweden.. Poster child for retarded liberals relentlessly attacking their own citizens.. Always the same - our Welfare System becomes free stuff for immigrants, terrorism and FGM are normalized and governments become tyrannical regimes who criminalise democracy and treat free speech as the work of the devil..

We are importing the the third world.. wholesale .. smirking obese unemployable Africans and sullen neck beard muslims feature as a government 'priority' very time you turn on Irish TV... Irish workers wages are stagnating into a second decade as we are forced to subvent the third worlders undermining our, brief, hard won terms and conditions of employment. . to buy a home is an impossible dream for most young people.. social services too are literally evaporating I know this from first hand experience .. Social chaos is looming courtesy of a weak ineffective government of Quislings the Men of 1916 would have executed as traitors.. worse than a lorry of Tans..

sighthound said:
I am angry because they hate us despite taking our money and lodgings. Soon we wont be able to celebrate christmasn easter any of our catholic holidays as we will be in the minority. Thats mostly why i hate them & also the lack of conrtrol we appear to have on the wave of incoming 3rd worlders, the dis regard the government have for us as a nation.
Click to expand...

Some of them swagger around like they own the place.
Look at those fuckers in Balbriggan.
A 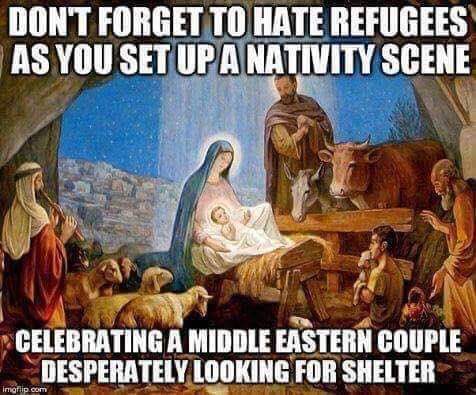