Whilst Paddy was enjoying his Christmas the government were busy shipping in over 200 more refugees.

Merry Christmas all, and what a Christmas Present our beloved government has given us.

Whilst we were all enjoying St Stephens day our beloved government shipped in another bunch of So-called Syrian refugees.


Let's just remind ourselves of the situation in Syria,

Christmas in Daraa: Syrian town celebrates after liberation from militants 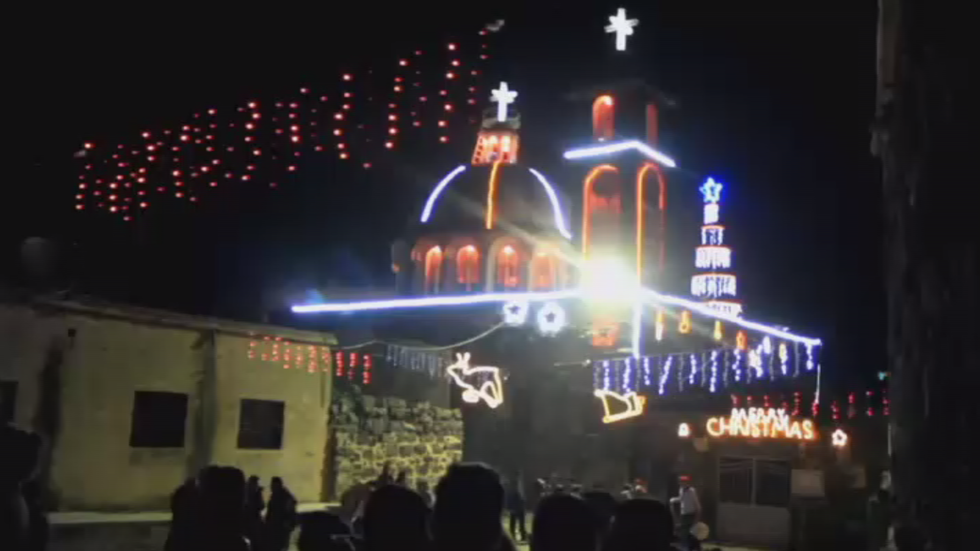 Residents of Izraa, a town in the Daraa province in southern Syria, celebrated Christmas for the first time since the region was liberated from armed anti-government militants.

Worshipers flocked to the Mar Elias Church to attend the Christmas Eve service on Monday. Video from the event shows people dressed in Santa Claus costumes, Christmas lights displays, fireworks, and even a drum line orchestra performing “Jingle bells” and other festive music.
Click to expand... 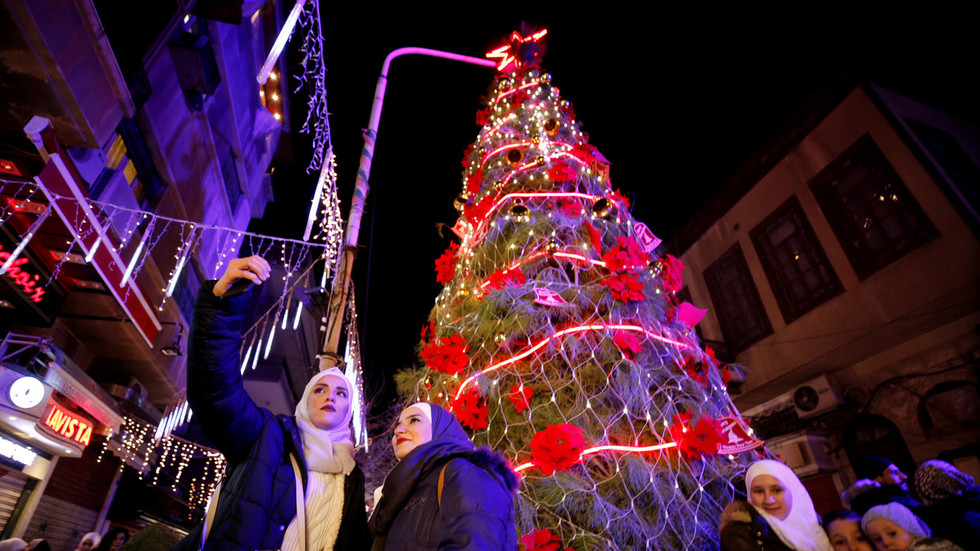 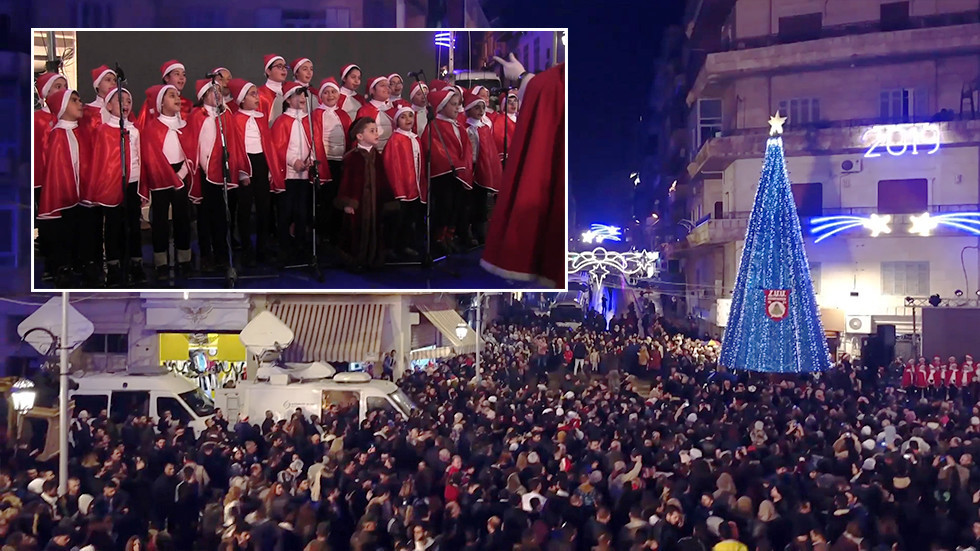 As you can see, things are awful in Syria.

Twenty-two Syrian families are due to arrive in Ireland today under the Irish Refugee Protection Programme (IRPP).
Welcoming the arrival of the families, Minister for Justice and Equality Charlie Flanagan said it was time for them to rest and recover and to focus on their future in their new home.

The families have been living in the UNHCR refugee camp in Lebanon since fleeing the conflict in Syria.
One hundred and five people were resettled to Ireland today, including 58 children.
They join 97 people resettled to Ireland from Lebanon last week, bringing the total number of people resettled this month to 202 including 109 children.
The families who arrived today will initially stay at the Emergency Reception and Orientation Centre in Ballaghaderreen in Co Roscommon while they await permanent housing in communities across the country.

The refugees resettled to Ireland last week will initially reside in the centres in Mosney, Co Meath and Clonea Strand, Co Waterford.
Click to expand...

22 Syrian families arrive in Ireland
Another 22 Syrian families have been relocated to Ireland today
Legal Disclaimer: All comments are intended as humor and/or fiction and not advice, and not to be confused with any event or person, living or dead.

Why the fukk did they bring in 100 Lebanese?
"I spent thousands every year for years and years on alcohol, Homosexuals and the rest."

Myles O'Reilly said:
Why the fukk did they bring in 100 Lebanese?
Click to expand...

How many of the Lebanese are Christian I wonder?
OP

Myles O'Reilly said:
How many of the Lebanese are Christian I wonder?
Click to expand...

Clearly the War in Syria is all but over in most of the country . They should be resettled inside of syria where they share similar cultures , customs and traditions . Syria is their homeland , yet this D4 based UNHCR decide to ship them far far away to Ireland , away from their own people and friends , shame on them .
but the fools, the fools, the fools!
D

GUEST
Christmas is always a great time of the year to drop the big cultural shift bombs on the quiet.

Everyone's distracted by the bright lights, the over-indulgence, and the throwing around of cash money that they've likely gone into hock for. Last week, Fianna Fail used the cover of the holiday splurge to mask a vote on Bertie Ahearn's imminent return to the party fold. They welcomed him back with open arms. It made one single article in the Indo and then dropped off radar again.

Father Tony Walsh's most recent conviction for the historic sexual abuse of Ballyfermot locals was upped by four and a half more years of the clink. Again: one column of three inches and off to the history books with it.

That many of us can't afford a flight anywhere at this time of the year is one thing, but how in hell do we afford to fly all these 'refugees' for 'war-torn areas' who usually turn out to be far less than refugees any more than they come from war-torn countries?

It's bad enough that it's happening under our noses, but it's absolutely an insult to Irish people's intelligence that they to try to hide it from us in such child-like and ridiculously obvious means as the controlled media and state broadcaster. There'll be more of it over the next few days: the holidays aren't over yet. By New Year's Day, we'll likely see the population increase by another several hundred hijabs and shiny tracksuits.

The legitimate Syrian government has called on all Syrians to return home to help with the work of rebuilding the country. Anyone who fails to answer that call is a traitor and a criminal. Syrian women have also called on European governments to kick out the cowardly Syrian draft dodgers and send them home where they are needed.

Not one of these people have been vetted.
I have asked Staunton's office 5 times for clarification on this and they have refused to answer the question.
Ireland has no links diplomatically with the Syrian Govt, and the gardai have no line of communication with Syrian Intel.
It's easier for an Islamist to enter Ireland than it is for a young person to enter a night-club.
T

I don't really have anything new to say on this. We need to oust these regime-politicians if we want to stop importing the exiled from secular Syria.

That's kind of the bottom line here. Because the regime ain't up to being persuaded that's for sure.
Last edited: Dec 28, 2018

The Syrian uprising was a sectarian Islamist revolt by the rural Sunni poor of Syria.
funding by gulf arabs, armed by CIA enabled by a Turkish Islamist(AKP).

The Sunni poor of Syria experienced a population explosion over the decades. There was no farm land(exasperated by severe droughts) for many
so they migrated to cities and formed ghettos. which became the heartland of the revolt.

I don't know about this batch but my understanding the bulk of the remaining displaced people in Turkey and Lebanon
are the Sunni poor. the losers.

If these people are from that demographic then these are the dregs of Syria, Islamist to varying degrees, sectarian, low IQ, unskilled,

As for the Garda vetting, RFLOL.