Karloff said:
I would defend them if their deeds were in their past but they are still the same today and when they commit some atrocity like say invade Iraq or destroy Libya they don't even go to their people and honestly explain why this is in the interests of their country. They cannot because it usually isn't, they don't even have the respect for their own people to think of good lies to give them.
Click to expand...

Exactly. The Brits, the French and Septic Sam are not guilty because they're white, they're guilty because they are mass murdering scum.
Shaheed General Qassem Suleimani
Murdered by cowardly criminals
Ar dheis Dé go raibh a anam dílis​
OP
F

Half a billion people

James_Dawson_is_back said:
So, because we're oppressors and racists we need to accept mass immigration and our own ethnocide?

lol I doubt it, well, I don't feel that way anyway. Is yer man a Catholic (religio-nationalist)?
Click to expand...

Nobody is suggesting the Irish are or were oppressors.

James_Dawson_is_back said:
Half a billion people

They vote for the murderers and the thieves.

The only valid Irish Nationalism is the Nationalism based and founded in our centuries long struggle against Imperialism. Fortunately, Justin Barrett and the National Party understand this.
OP
E

James_Dawson_is_back said:
CONTROVERSIAL Irish YouTuber, Btwixt, has just done a video on white nationalism (watch it while you can).

In this video he talks about white nationalism in an Irish context, specifically Irish people's fear of being 'labelled' white.

Who this Btwixt guy is what I'd love to know.
T

Tadhg Gaelach said:
The only valid Irish Nationalism is the Nationalism based and founded in our centuries long struggle against Imperialism. Fortunately, Justin Barrett and the National Party understand this.
Click to expand...

NP?
I thought you were a Sinn Fein Poblachtach fan?
Or was it you who voted for the CPI in that poll?
T

In twenty years of Mass iImmigration, he was the first to raise this issue on TV.
If I'm wrong tell me who had done it before.
E

TW Tone said:
In twenty years of Mass iImmigration, he was the first to raise this issue on TV.
If I'm wrong tell me who had done it before.
Click to expand...

This lady was on RTÉ speaking out against mass immigration as far back as the late '90s. 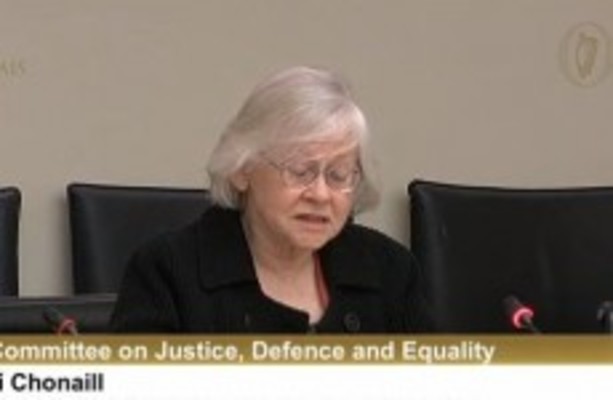 The Immigration Control Platform were compared to Nazism by one deputy.

TW Tone said:
NP?
I thought you were a Sinn Fein Poblachtach fan?
Or was it you who voted for the CPI in that poll?
Click to expand...

I voted for the NP in that poll, as unfortunately RSF don't have a proper understanding of demographics and the existential threat our low fertility rate presents in the face of the New Plantation.

Vote 4 Change said:
People of colour who have jumped the Irish border illegally are stirring up racial hatred of Irish in Ireland. How did that happen?
Click to expand...

The term "people of colour" is a multiculti regime brainwashing tool, to get across the idea that there is somehow something lesser about Whites. That Whites are not full proper humans or are a deficient species of creature. It is a device used to de-humanize Whites and place White men in particular in the lower or non-pecking order in the minds of White females.

Non-Whites are apparently "People of Colour" , whereas Whites are deficient, not proper, not the full schilling.

This despite the fact it is Whites who have the most colour and individuality while non-Whites are a mass of brown.

Never use the enemies propaganda words.

Or how about the millions the blacks enslaved, raped and ate?

Nope only the "Saxon", or the French, or Septic Sam are bad, the Africans who savaged their own people and would have done so unto oblivion, and who are teeming in their millions on a continent of their own kind they can call home, while also flooding into ours, is a product of Western aid and medicine and help for decades, or how about the Chinese and other orientals in their extreme cruelty and ability to slaughter millions and their propensity for animal cruelty, but merely because Europeans had the ability to forge out of europe having been already attacked by muslim savages before and that we had an exploring spirit, and did what was normal for the times, whilst always evolving to allow greater freedoms and equalities conferred on those we conquered to the point we are now in the stupid self flagellating point of topping ourselves, of which your life's romanticism of the communist and islam, is in fact part of the very same self-flagellating and is not part of any objective consideration of self-awareness and awakening from this racial sedative.

NWO aside and the obvious satanistic forces going about their degenerate deeds, had the role of master in the global context been with the Black or Asian, there would now be no White race or possibly Black race, there would now be a world where the Muslim and SW Asian is in a losing war with the other last remaining people, the Oriental.
330 More Posts...
You must log in or register to reply here.
Share:
Facebook Twitter Reddit Pinterest Tumblr WhatsApp Email Link
Top Bottom