What does Bolivia have? Raw material s?

TheIrishRight said:
What does Bolivia have? Raw material s?
Click to expand...

Potosí is the capital city and a municipality of the Department of Potosí in Bolivia. It is one of the highest cities in the world at a nominal 4,090 metres (13,420 ft).[2] For centuries, it was the location of the Spanish colonial mint.

Potosí lies at the foot of the Cerro de Potosí[3] —sometimes referred to as the Cerro Rico ("rich mountain")— a mountain popularly conceived of as being "made of" silver ore that dominates the city.

One thing in South America

- if you lose the backing of the Armed Forces

No doubt this was some time in the making - and no doubt external forces played a significant factor in his overthrow.
Deus Vult
Ireland in History Day by Day
irelandinhistory.blogspot.ie
OP

Catalpa said:
No doubt this was some time in the making - and no doubt external forces played a significant factor in his overthrow.
Click to expand...

I'd say this deal sealed Morales fate. US Corporations believe that lithium belongs to them. 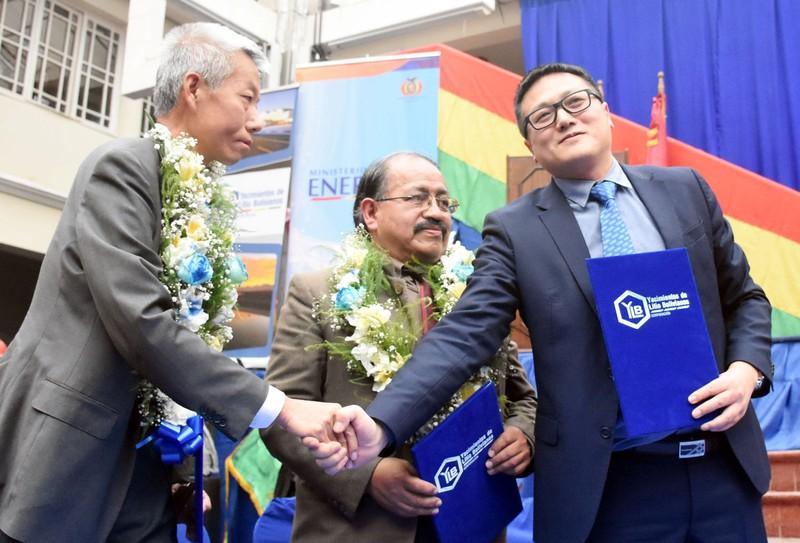 Bolivia has chosen a Chinese consortium to be its strategic partner on new $2.3 billion lithium projects, the government said on Wednesday, giving China a potential foothold in the country's huge untapped reserves of the prized electric battery metal.

parentheses said:
This is well worth reading. A military ultimatum has succeeded in deposing nationalist Bolivian president Evo Morales in what is being widely labeled a coup. Opposition parties - led by neo-liberal Carlos Mesa and a Korean Evangelical Pastor Chi Hyun Chung - protested against the election results late October when Evo...

Those men in small hats are always to be found in the middle of any villainy.
OP

The basic problem, as I mentioned in the OP, is that the European Planters will always resort to violence if the Natives get too uppedy - just as has always happened in Ireland. And let's not forget that the USA is a European Planter Colony. The US and Canadian whites feel a natural affinity with the European Planters in South America. The idea of Native Americans having political power and economic power over natural resources is their ultimate horror scenario. They are no different to the white Rhodesians or South Africans.

Chavez and the so called Pink Revolution of the early 2000s was predicated on the idea that in the absence of the Cold War, the US Régime would not have the excuse of the Soviet Union to carry out violent right wing coups and terrorism. That has been proven very wrong. The US Régime doesn't need any excuse to murder and rob Native people. It will make up the most flimsy and ridiculous excuses - and then enjoy feeding this shit to the chumps. We see plenty of them on this forum. Chumps who believe they are Nationalists - but who support any Globalist attacks on countries that adopt economic Nationalism.

Turns out the leader of the coup plotters is a Turkic Jew, but those boys have been leading the Anglos by the snout for a long time.

Tadhg Gaelach said:
I'd say this deal sealed Morales fate. US Corporations believe that lithium belongs to them.

Bolivia has chosen a Chinese consortium to be its strategic partner on new $2.3 billion lithium projects, the government said on Wednesday, giving China a potential foothold in the country's huge untapped reserves of the prized electric battery metal.

Xinjiang TBEA beat six rivals that also sought to partner with Bolivia on Coipasa and Pastos Grandes, including ACI, Uranium One - a subsidiary of Russia’s state nuclear company Rosatom - and the Irish company Clontarf Energy Plc.

Of course, there has been an Irish involvement before in trying to overthrow Morales. It seems that Michael Dwyer was unfortunate enough to fall in with Fascist thugs working for Shell in Mayo.

There are no white people in Bolivia, only Jews from New York locked out of their economy when they nationalized their gas in 2006. They had no "middle class" before this. All will regret supporting ZOG shenanigans abroad when all the Bolivians flee restored plutocracy for USA
Click to expand...

I've noticed this myself...

There has always been a gulf in Bolivia between the people of the llanos, the flatlands, mostly more or less White, and the Indians of the highlands.
This time the Indians lost.
35 More Posts...
You must log in or register to reply here.
Share:
Facebook Twitter Reddit Pinterest Tumblr WhatsApp Email Link
Top Bottom