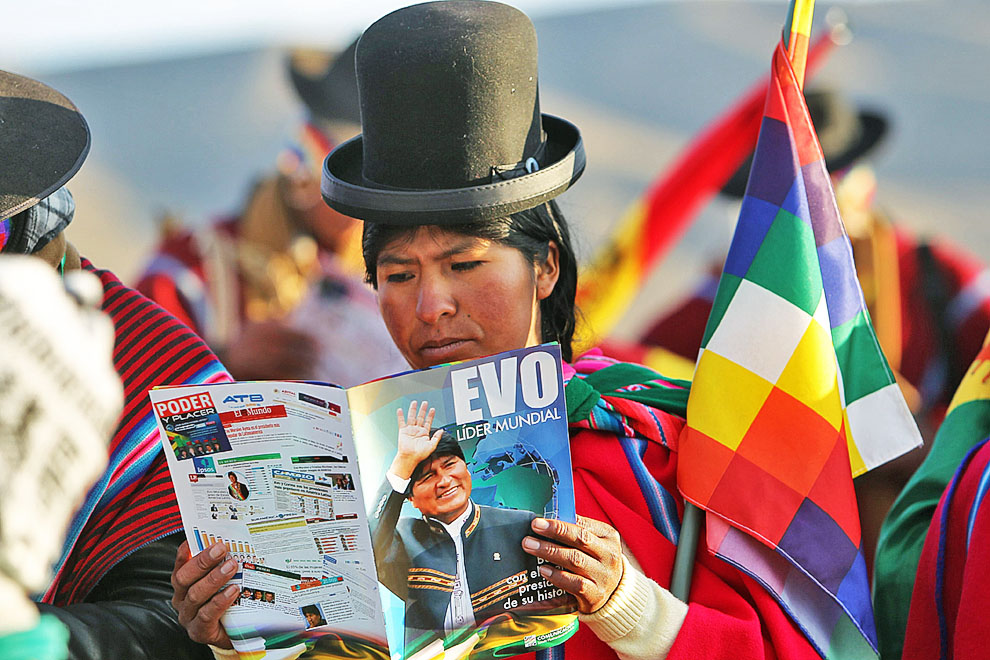 This will be a thread for serious discussion of the brutal terrorist coup that has been perpetrated against the majority of the Bolivian people, who have democratically elected their President Evo Morales. Any right wing trolls will be removed from this thread, but if genuine right wingers have something genuine to say (unlikely though that may be) they are welcome to do so.

The situation seems to be that after weeks of US backed terrorist attacks in Bolivian cities, traitors in the Bolivian Army have forced the democratically elected President to step down.

The big question now is - Will the coup succeed? Morales stepped down without much resistance. Is he confident that the majority will not be intimidated into silence? Morales had nationalized the nation's natural resources and used the money to uplift the poor - mostly Native people. This enraged US multinationals and the white colonial Planters, who have "owned" the country since the time of Cortez.

The Native people have enjoyed 14 years of being ruled by one of their own - Evo Morales. That's 14 years when they didn't have to bow down and tug the forelock to the Planter. Will they be willing to get back down on their knees again? It seems Morales is confident that they won't - and that the coup will fail.

Here is a detailed article that explains the criminal backgrounds of the coup plotters. You might ask why Morales hadn't dealt with these scum a long time ago. I'd ask that myself. As in Ireland, the threat of Planter violence is always the underlying reality of politics. 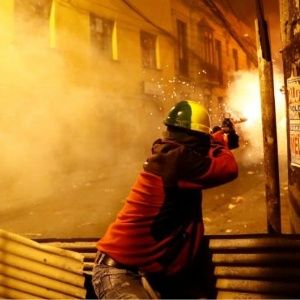 "It's Now or Never": Bolivian Elite Destroying the Country

<p>To the Bolivian upper classes, President Evo Morales has to resign even if forced by extreme violence, or through a civil war.</p>

It appears that Morales upset some very powerful people by arresting certain Jewish drug traffickers. Wouldn't you be surprised. The United States has not had an ambassador in Bolivia since 2008, when Philip Goldberg was declared persona non grata for subversive activities intended to…

The United States has not had an ambassador in Bolivia since 2008, when Philip Goldberg was declared persona non grata for subversive activities intended to…

Not compared to Colombia or Peru - both very close allies of the US Régime.
OP

How the coup was planned.

US HANDS AGAINST BOLIVIA. PART I

From the territory of the United States a coup d’état against the Bolivian president Evo Morales develops gradually, it is intended to be carried out at the end of 2019 presumably after the e…

From United States a strategy has been designed in order to potentate the image of the Bolivian presidential candidate Oscar Ortiz, which is centred on increasing his recognition at a nationwide le… 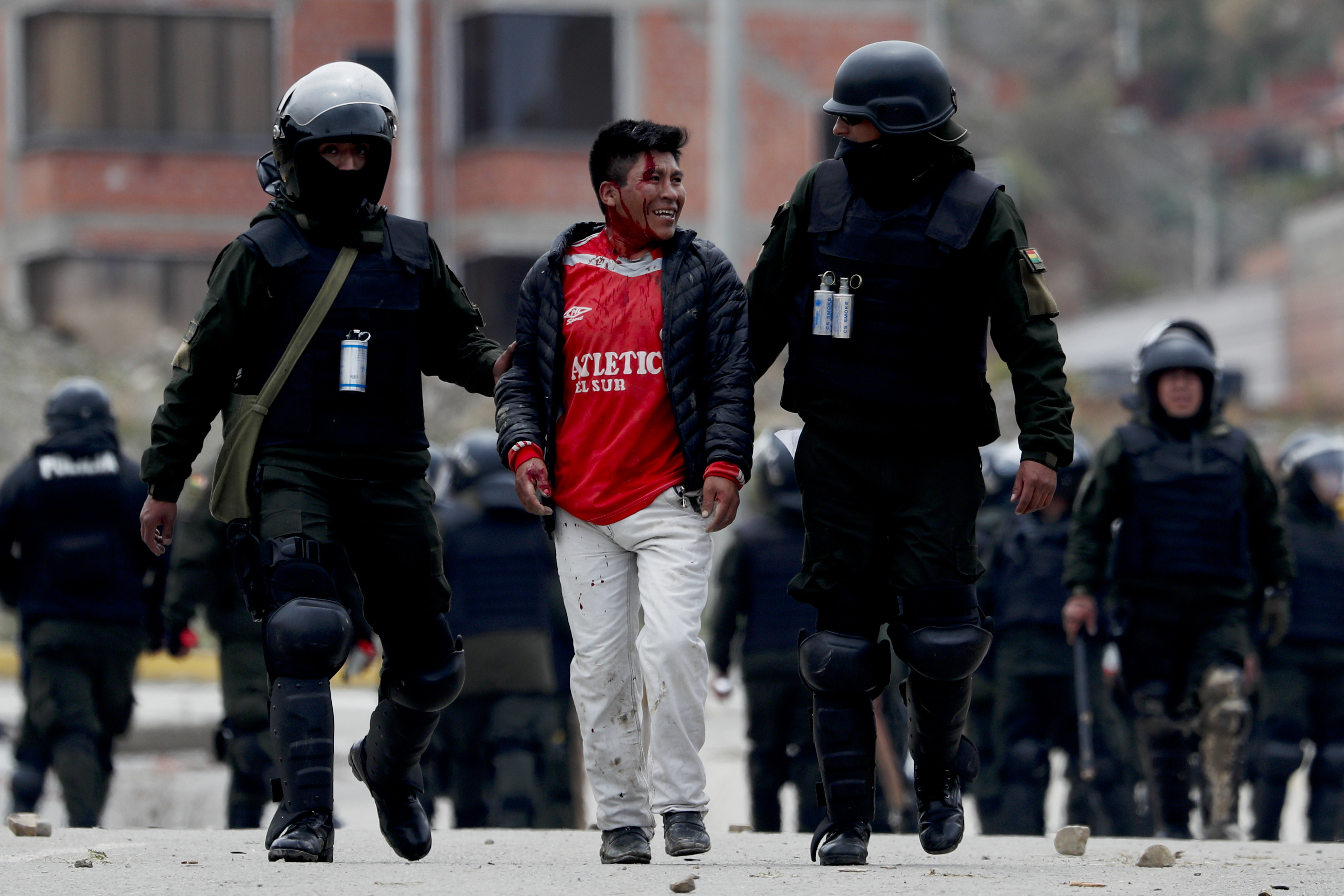 The Bolivian coup: what the mainstream media don’t tell you

Funny how the communist morning star are not as fussy about the indigenous people governing the UK. Then they are concerned that the country become as diverse as possible and planters hold ever more political sway. And its then racist and fascist if native Brits predominate. But South America? Oh they must have indigenous rulers. Whatever works.
The Flag stays, the Republic Stands, the 32 counties are ours, the immigrants can go home, the punt's coming back. Abortion never. European federalism can go to hell.
Seo libh canaídh amhrán na bhfiann​
OP

FairstoodtheWind said:
Funny how the communist morning star are not as fussy about the indigenous people governing the UK. Then the are concerned the country become as diverse as possible and planters hold ever more political sway. And its then racist and fascist if native Brits predominate. But South America? Oh they must have indigenous rulers. Whatever works.
Click to expand...

Funny you are so happy with Planter Rule. I guess you have some Planter blood in you - one way or another.
OP

You can see that Trump was planning this coup in his beady little psycho brain as Morales was speaking,

This is well worth reading. A military ultimatum has succeeded in deposing nationalist Bolivian president Evo Morales in what is being widely labeled a coup. Opposition parties - led by neo-liberal Carlos Mesa and a Korean Evangelical Pastor Chi Hyun Chung - protested against the election results late October when Evo...