Boris Johnson has said he hopes his party's "extraordinary" election win will bring "closure" to the Brexit debate and "let the healing begin".

Speaking in Downing Street, he said he would seek to repay the trust placed in him by Labour supporters who had voted Conservative for the first time.

He said he would not ignore those who opposed Brexit as he builds with Europe a partnership "of sovereign equals".

The Tories have won a Commons majority of 80, the party's largest since 1987.

The Conservatives' victory in the 650th and final contest of the election - the seat of St Ives, in Cornwall - took their total number of MPs up to 365. Labour finished on 203, the SNP 48, Liberal Democrats 11 and the DUP eight. 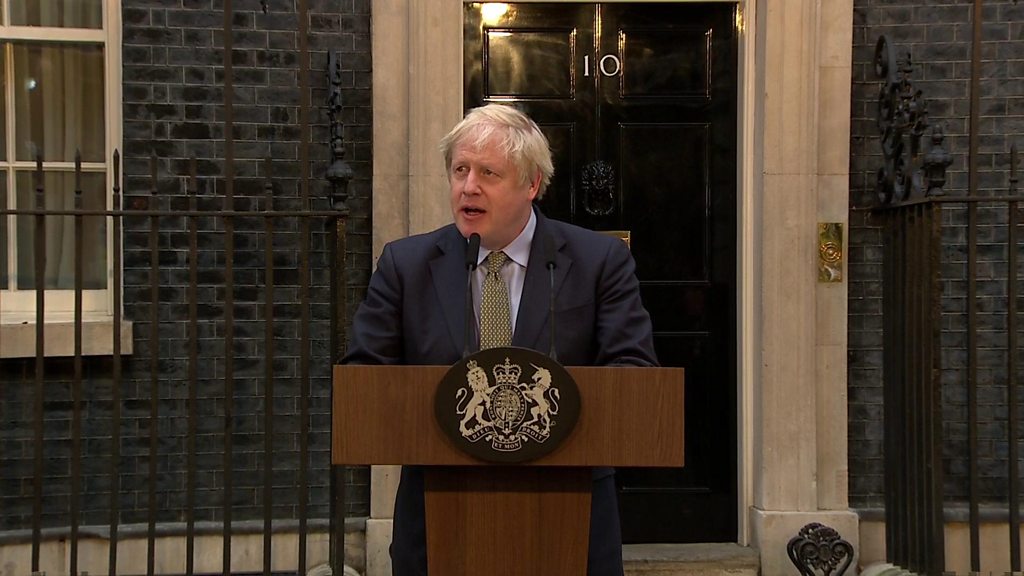 SF in Foyle collapsed.
Huge lead for SDLP.
One of the big unseens in this election.
E

Wonder if this election will boost Eurosceptics abroad.
In particular France.
A