UK AMBASSADOR TO US KIM DARROCH RESIGNS
The Flag stays, the Republic Stands, the 32 counties are ours, the immigrants can go home, the punt's coming back. Abortion never. European federalism can go to hell.
Seo libh canaídh amhrán na bhfiann​
A

Trump has called himself “great looking and smart" on Twitter.......

Trump's Revenge : Panic On The Streets of London.
The leak of Sir Kim Darroch's cables reveal a man detached from reality and in a state of extreme panic. As REX explains, there's good reason for that. And it's unlikely that Darroch is the only senior UK official, about to face the 'Trump Curse'.


Why is Darroch Panicking?
Put simply, Darroch's cables exhibit sheer panic. But why is the UK ambassador melting down?
There's an easy answer, to anyone reasonably well informed :
SPYGATE.
And a date, looming on the horizon:
24 July, 2019.
What's being hidden from the general public is Darroch's likely role in SpyGate, Obama & Clinton's operation to illegally destroy the Trump Presidential campaign and rig the 2016 Presidential election.
We will get to that in a moment.
But Darroch also knows that a key date is just around the corner, when any hope of his protection from Downing Street will disappear. The date?
24 July, 2019 - the day when Theresa May steps down and a new UK Prime Minister, almost certainly Boris Johnson, takes over.


SpyGate - What is Darroch's Role?
Informed observers of SpyGate now know that the Obama/Clinton operation, involved the use of foreign powers.
Put simply, on Obama's behalf the UK was spying on innocent American citizens within the UK, in particular George Papadopoulos.
They were also permitting Obama's goons to spy on UK soil, by facilitating access, intel gathering and sharing.
That's outrageous enough.
What many have not realized yet, however, is that the UK government was likely spying on innocent Americans, within the United States.
Yes, you did read that right. They were doing it on American soil, against innocent Americans whose identity could only have come from the Obama administration.
But how?
Almost certainly from the grounds of the UK embassy in Washington, DC, that's how. Who was ambassador at the time?
Why, Sir Kim Darroch.
Darroch is an integral part of the UK intelligence Swamp, a motley crew of intelligence officials, military officers, elected politicians and faceless bureaucrats.
During the entire illegal attempt to takedown Team Trump, Darroch had two critical roles - he was PM David Cameron's National Security Advisor from 2012 until 7 September 2015.
In August, 2015 it was announced he was to be the new UK ambassador to the United States, a position he formally started on January 28, 2016.
In both positions and beforehand, Darroch was intimately connected with key UK Swamp players in SpyGate - Hannigan, then Head of GCHQ (he resigned a day after Trump's inauguration), Sir Richard Dearlove, Sir Charles Farr, Sir Andrew Wood and also the influential Hakluyt group of ex-spooks and diplomats.
His connections to UK politicians likely implicated in the scandal is also glaring, in particular Tobias Ellwood, then the UK's Parliamentary Under-Secretary of State for the Middle East, Africa and Counter Terrorism. And of course, David Cameron and Theresa May, the Prime Ministers during the scandal.
Trump's Revenge : Panic On The Streets of London.

Lefty groups getting blow back in the US. 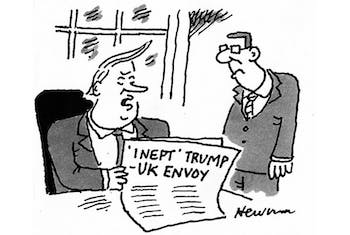 ‘They’ve never forgiven us for George Washington retaking their airports.’
A 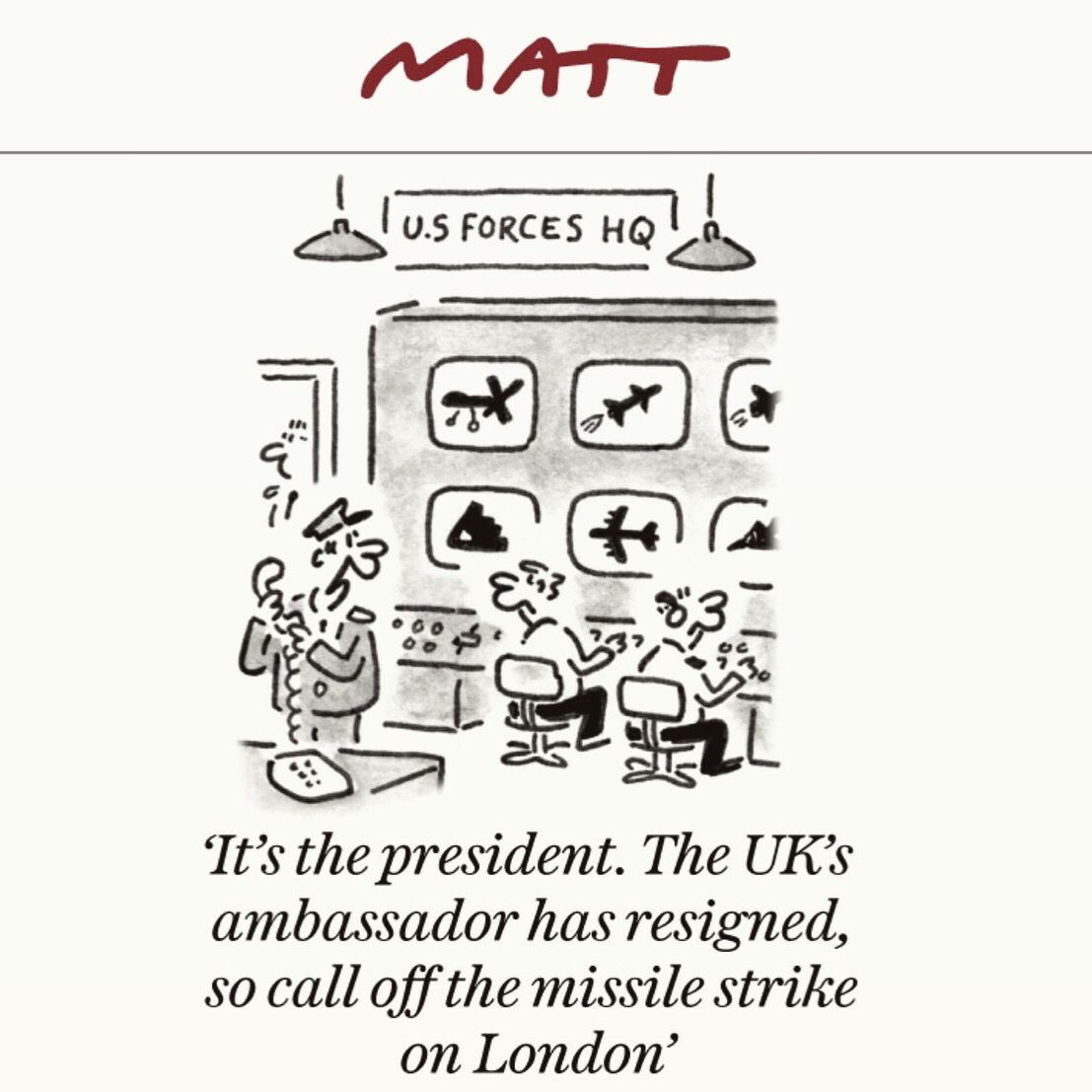 Paddy Power offering Even Money on Trump being elected in 2020.

Demand President Trump label Antifa a domestic terrorist organization. | We the People: Your Voice in Our Government

Support for US President Trump increased among Republicans after his racially charged attack on four Democratic congresswomen, a poll shows. 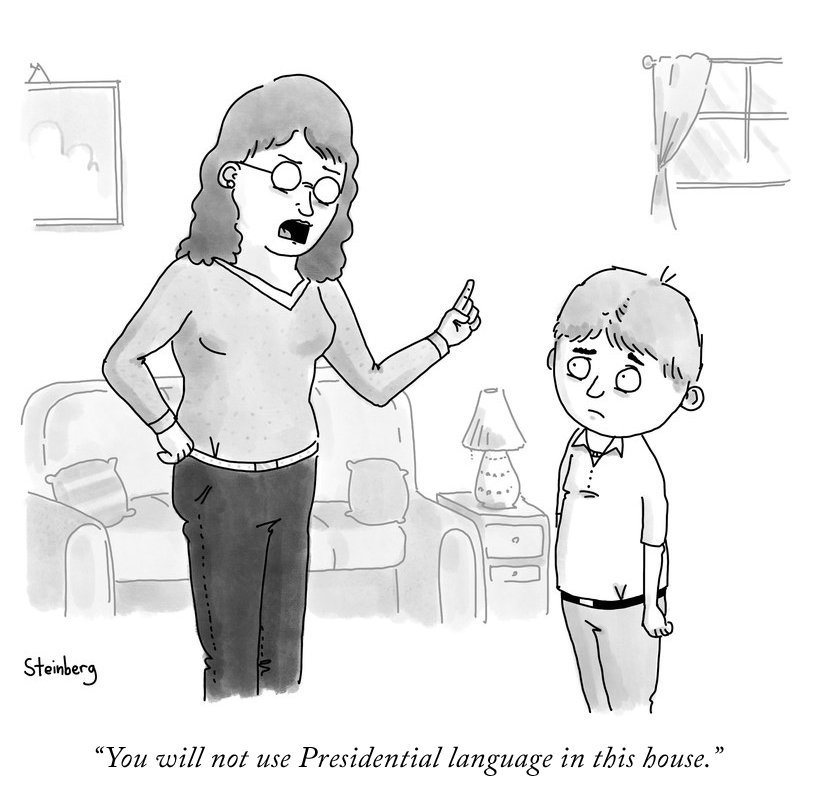 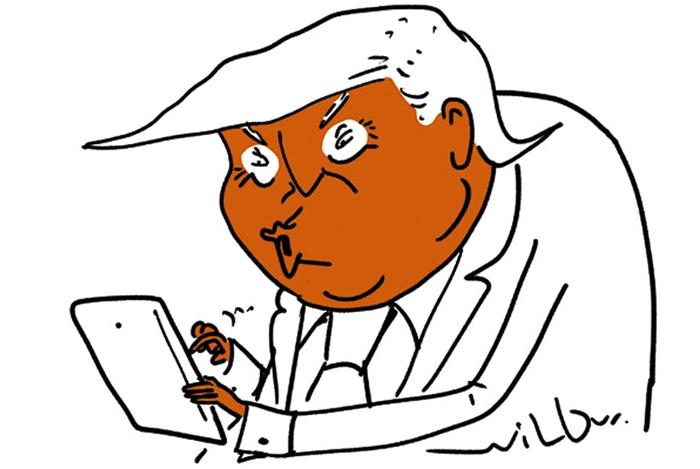