Those behind the conspiracy to push immigration into Europe and the gay agenda, unless you are suggesting these are both grassroots movements driven by the citizenry?
R

GUEST
Check out Dave Chappelle 2019 on Netflix for his unique non-pc take on trannies and other alt-sex groups
Last edited by a moderator: Aug 28, 2019
A

Wow, so we are supposed to believe the two obvious males in this 4x4 women's relay team are women?
More cheating in women's sports. They just keep coming.

Anglophile said:
Wow, so we are supposed to believe the two obvious males in this 4x4 women's relay team are women?
More cheating in women's sports. They just keep coming.

Have you a link to the story?
I could be fake? Not saying you faked it.
A

The Equality Act 2010 strikes again: Headteachers in Scotland to be dragged through the courts if they refuse to let
boys do girls sports: if a boy says he is a girl, or vice versa. It is time to end the insanity of the transgender agenda.
G

The Irish Dictatorship said:
Have you a link to the story?
I could be fake? Not saying you faked it.
Click to expand... 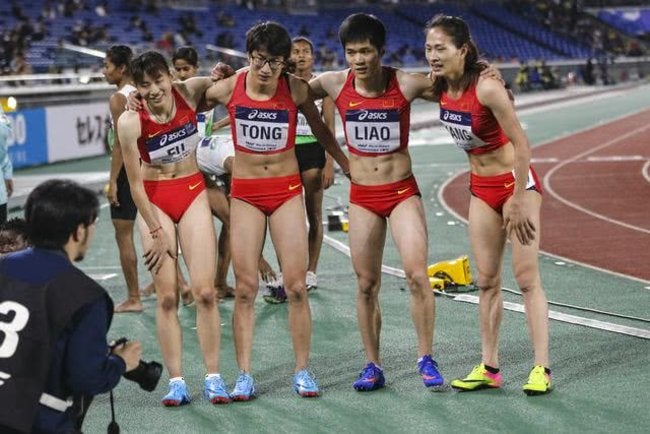 Runners in Chinese women’s team accused of being men

Two runners who snagged medals at a women’s relay in China are being accused of lying about their gender because of their appearance. Liao Mengxue and Tong Zenghuan were awarded first and second

Two runners who snagged medals at a women’s relay in China are being accused of lying about their gender because of their appearance.

Liao Mengxue and Tong Zenghuan were awarded first and second place in a 400-meter relay at the National Track and Field Championships Finals held on Aug. 22-24. Their pictures drew attention when the state-owned People’s Daily posted them on Facebook on Monday, Aug. 26.

A picture of 4 athletes, who won the Women's 4×400 Relay at the annual Chinese Athletics Championships, has become a…
由 People's Daily, China 发布于 2019年8月26日周一
Click to expand...

The two athletes in question are members of the Hunan women’s track team. The Chinese Athletics Association has reportedly confirmed that they are female, the South China Morning Post reported on Tuesday.

The team’s success last July at the National Athletics Championships in Shenyang drew comments on Weibo about the athletes’ gender. Liao took the gold in the 400m and Tong came in third place.

A video interview in May featuring Liao reveals her speaking in a low voice. At the time, they competed at the IAAF World Relay Championships in Japan. The video has over 800,000 views as of this writing.
...
Despite what authorities said, netizens on Facebook and Weibo have scrutinized the athletes. “Prominent foreheads, hint of Adam’s apples and a bulge in their crotch. I would say men,” said Facebook user Oliver Dunne.

“This is the side effect of taking drugs. Their hormone levels will change greatly,” a Weibo user suspected, as per a NextShark report on Wednesday, Aug. 28. Performance-enhancing drugs such as anabolic steroids increases testosterone levels and could give women more masculine characteristics such as a deeper voice and more body hair.
Click to expand...

The winner, Liao, looks like and sounds like a man, no way that's the result of steroid abuse, weird either way.
EVERYBODY'S POLISH | MEET THE BILDERBERGS | SHATTERING THE NATION | CENSORSHIP YES | DEMOGRAPHIC PONZI SCHEME
R

Anglophile said:
Wow, so we are supposed to believe the two obvious males in this 4x4 women's relay team are women?
More cheating in women's sports. They just keep coming.

Oh yeah, they’re dudes for sure
A

A Male convicted sex offender is put into Dublin Female prison because he claims/ identifies as a woman.

He will be escorted at all times by 2 prison officers in common areas for his safety,
& the safety of others, at a massive cost to tax payers.
J

Talk:Pray the Gay Away? - Wikipedia 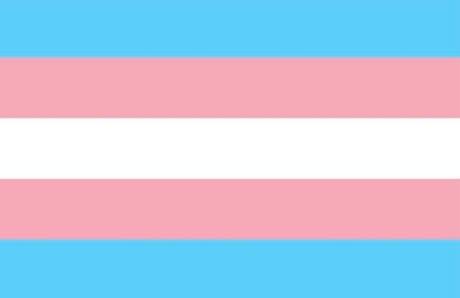 This Professor Has Helped Guide 1,000 Youths Into Transgender Identities

...only one of them has switched back.

GUEST
BBC FAKE NEWS ALERT. The “dad that gave birth”. The “dad” is a woman identifying as a man. Totally detached from reality and promoted by the looney media
Tax payer funded media such as the BBC AND RTÉ are currently promoting themselves themselves as protecting us from FAKE news.
This story is the very essence of fake news.
Also note the name of the documentary “seahorse”. The current campaign to link nature with alt-sex continues unchallenged. We also had the “gay” penguins story last month. This type of indoctrination is everywhere.

I have no time for Transgenders , personally i think they are attention grabbing gits . Ive no problem with a man who wants to be a woman or vice versa . Once they get on with it and dont expect ANY preferential treatment .
The whole agenda /me-to /GDPR/LGBTqrstuv is shockingly horrible , but the most annoying and frustrating thing is the way the Sheep follow and agree without questioning ..
The sooner the bumbasher Varadkar is gone the better ...........once he legaleses pot first
62 More Posts...
You must log in or register to reply here.
Share:
Facebook Twitter Reddit Pinterest Tumblr WhatsApp Email Link
Top Bottom