More fallout from leftism’s giant social experiment at other people’s expense. There is no ‘transgender.’
It is a fashionable progressive neurosis that is scarring a generation of impressionable children.
The parents and teachers encouraging it should be transitioned into prison.

Father who turned to family court to stop his son, 7, from transitioning to a girl and claims his ex-wife
constantly puts the child in dresses, and tells him that 'monsters only eat boys' LOSES his case against her... ( USA )
O

Anglophile said:
Father who turned to family court to stop his son, 7, from transitioning to a girl and claims his ex-wife
constantly puts the child in dresses, and tells him that 'monsters only eat boys' LOSES his case against her... ( USA )
Click to expand... 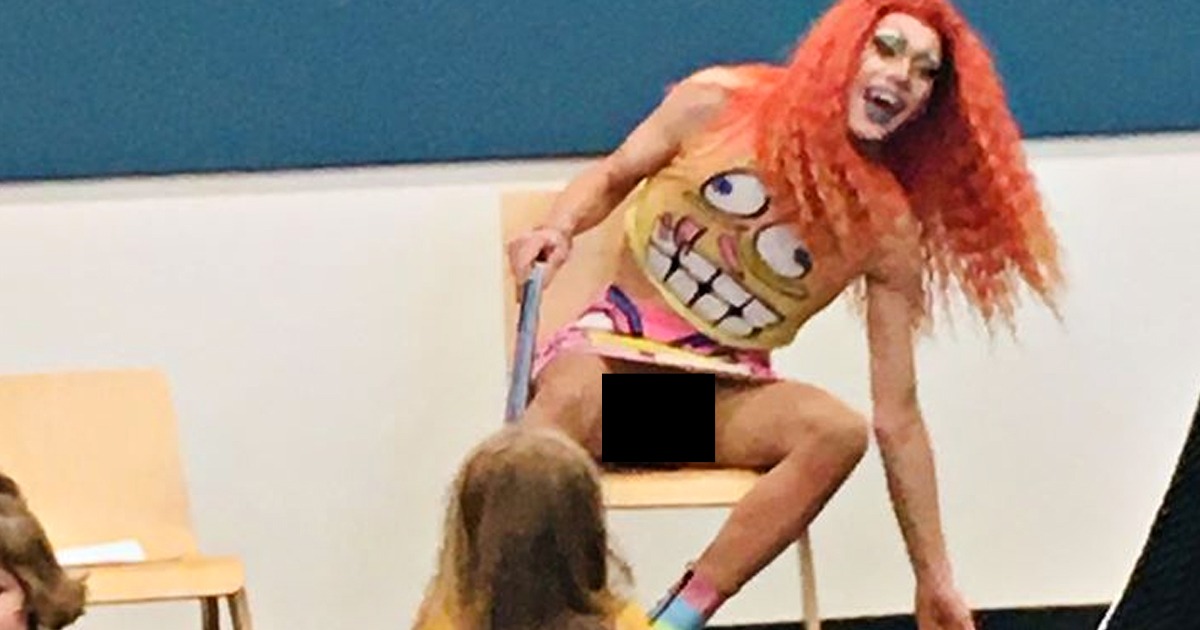 At yet another Drag Queen Story Hour event, a drag queen reportedly accidentally flashed a group of children. Plenty of

The Toronto Public Library has been under intense criticism in recent weeks in the build up to the talk by freelance writer Meghan Murphy, who said she does not recognize transgender people.

TORONTO – Several hundred protesters gathered Tuesday outside a Toronto library where a self-described feminist spoke inside about her views on gender identity.

The Toronto Public Library has been under intense criticism in recent weeks in the build up to the talk by freelance writer Meghan Murphy, who said she does not recognize transgender people.

They wouldn't protest these trannys , but when a female feminist tries to give a talk on how men are men and women are women, theirs a protest.
...
Inside, about a hundred attendees, mostly women, listened to Murphy talk for 30 minutes.

“It’s ridiculous, but here we are,” Murphy said of the crowd outside.

“I’m told organizers had to go to 20 different spots before coming to the library. I’m glad we’re having this conversation despite some local activists and the seemingly confused local mayor.”
...
“If you’re born male, you remain male for life,” she said.

She also said that the “trans-activist movement has made for the erasure of women.”

Outside, the crowd grew and waited for audience members to leave. Many held signs that read “No hate in our city” and “Trans lives matter.”
Click to expand...

We are dealing with what would have been considered in the past, insane people, transgressors who are looking to constantly push the boundaries from which they get a buzz from and paraphiliacs who are mentally unstable and will see little difference between your kids and a sex doll.

On January 10, 2019, Meghan Murphy spoke on a panel at the Vancouver Public Library about gender identity and women's rights.


Well done to these Turf's, seems all you need to do to drive these child abusers out of their library's is get a Turf to speak at it against these mental cases. These actual women had to be escorted out of the library by police as these men, who think they are women, have a tendency for violence, who would have ever thought mentally ill men would have a tendency for violence. Why is trannys abusing kids in a library even a thing ?, western values are fucked if this is considered normal.

These lunatics will come out to protest people trying to speak a little common sense but the normal people don't seem to want to do the reverse. Seems if you counter this crap, they will boycott you, Toronto Public Library facing Pride ban over Meghan Murphy event if its that simple great, push back and hopefully they will boycott the country and fuck off and we can get a bit of sanity back in western countries. Though i suspect there will be further actions against such institutions if they are a minority in terms of push back against this lunacy.
EVERYBODY'S POLISH | MEET THE BILDERBERGS | SHATTERING THE NATION | CENSORSHIP YES | DEMOGRAPHIC PONZI SCHEME
S

If i want 2 testicles on my forehead a dick under my arm my vagina top stitched with a pee pipe for pee and a colestomy bag what gender can i claim Im soo confused.
You are one or the other one carries babies one enables the formation of babies there is no third 4th or whatever we are soo obsessed with genitilia we dont see the politics fucking us left right & centre. KILL ME NOW OR KILL ME SOON
J 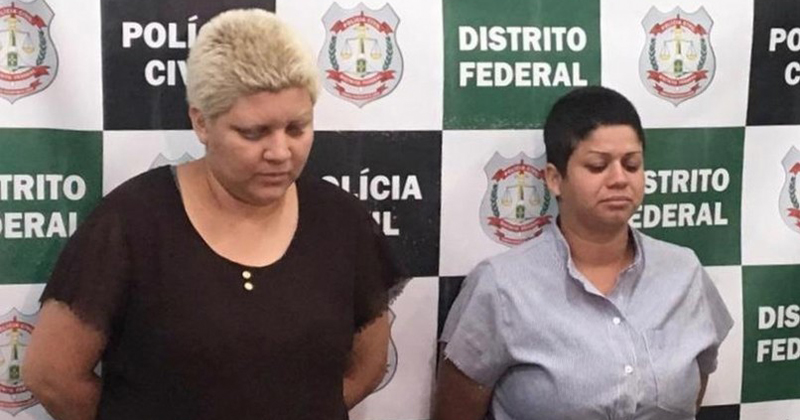 This all part pf the LGBT BS, which is designed to totally screw the kids heads and destroy a normal society. Many Homosexuals disagree with the Militant LGBT agenda and expect a Monumental backlash eventually ,which will damage all homosexuals.
J

Evidence indicates that “Scared Straight” and similar programs are simply not effective in deterring criminal activity. In fact, these types of programs may be harmful and increase delinquency relative to no intervention at all with the same youths.

According to Dr. DeMichelle, Senior Research Associate American Parole and Probation Association, “Scared Straight” programs rely on a deterrence-based strategy that fails to consider the driving mechanisms of deterrence. These mechanisms include: certainty of receiving a punishment or negative stimuli following a behavior, and swiftness of the punishment or negative stimuli (referring to temporal proximity of punishment to the unwanted behavior).

In other words, punishment or negative stimuli must be presented shortly after the unwanted behavior.
Click to expand...

The goal of this paper is to discover whether or not the scared straight programs are deterrents to juvenile delinquency. “The underlying th...

“A randomized controlled trial of the New Jersey program in 1982, however, reported no effect on the criminal behavior of participants in comparison with a no-treatment control group. In fact, Finckenauer reported that participants in the experimental group were more likely to be arrested (Petrosino and Turpin-Petrosino and Buehler, 2003: 43). The thought was that with these programs, juvenile delinquents or possible offenders would see the situation with prisons and be socialized into having a mindset that they did not want to be involved within the situation. However, it appears that the exact opposite happened. Individuals were socialized into a role of committing crimes, they learned from the criminals that were in jail how to perform criminal activities and basically how to become like them.
...
On paper, the Scared Straight programs appear to be a possible answer to lowering juvenile crime rates. However, research states that the juveniles are actually more likely to commit crimes because of having being involved within the program. It appears that the individuals who participate in these kind of programs are socialized into committing more crimes because of the actions that they witness.
Click to expand...

The more you surround problem kids with adults that have similar problems, the more likely it will reinforce said problem, who would have thought.
Its no different to exposing children to adults that are deviant perverts, who flash kids in a library or on your main street in a pride parade, where in the past the trench coat pervert flashing your kids in the park would have gotten beaten half to death. People knew in the past what was obviously deviant behaviour and dealt with it accordingly, now the media are trying to promote it as mainstream and progressive,

Teaching Kids About Drugs: Alternatives to DARE | The Fix

Any program predicated on the idea that people need to “just say no” causes the opposite effect. High risk groups tend to be encouraged to participate in the forbidden behavior.

A 1999 study published in the Journal of Consulting and Clinical Psychology stated that “DARE status in the sixth grade was negatively related to self-esteem at age 20, indicating that individuals who were exposed to DARE in the sixth grade had lower levels of self-esteem 10 years later.” Some evidence even points to a higher risk of substance misuse for students who went through D.A.R.E. programs.
...
Any program predicated on the idea that people need to “just say no” causes the opposite effect. High risk groups tend to be encouraged to participate in the forbidden behavior. Scaring kids into avoiding drugs is also ineffective because scare tactics don’t work. It can increase curiosity in people who have not tried drugs and cravings in people who use drugs. A 2014 study published in School Psychology Quarterly found that scare tactics may be correlated with lower exam scores.
Click to expand...

All these supposed experts, that are replacing family values, we allow our children and ourselves to be dictated to, haven't a fucking clue what the effects are outside creating chaos, everyone has conflicting ideas on teaching kids about X or Y. It is one thing to try teach children about normative behaviours, but a whole different pandoras box you are opening teaching them about how mentally ill paraphilacs and outright pedos are no different to mommy or daddy, your just pushing child abuse experimenting with live children. I do think some of these experts are treating a lot of society as their own skinner box to live experiment on.

You need to isolate these kinds of behaviours, exposing people, especially children, to everything as a way to immunise them only infects them with everything. You cannot vaccinate people from behaviours through increased exposure, and can have the opposite effect. The less you talk about degeneracy as normal in the public sphere, especially at children, the better.

Media especially hollywood, has been programming people for generations.

Sex and drugs in popular movies: an analysis of the top 200 films

The most popular movies of the last two decades often show normative depictions of negative health behaviours. The motion picture industry should be encouraged to depict safer sex practices and to depict the real consequences of unprotected sex and illicit drug use.
Click to expand...

Soap operas and tv are no different. I would suspect that a lot of this exposure is directed at the parents, to get them to in turn expose their kids to these kinds of behaviours.

Slippery slope regards removing dogmas and values is not a default fallacy, but again we have the experts telling us it is. Obvious shit is obvious, if you remove restrictions on deviant behaviour, it can lead to more deviant behaviour. There is reasons why these dogmas were put in place in the first place, past civilisations fell apart otherwise, or were a sign of such collapse. No different to the value placed on life, you start knocking the corners off that, you will put a weight towards a series of changes. Its one thing to regard an eye for an eye as means to an end, it can be shored up within a value system were it will not cause a domino effect, but if you start knocking off people because you don't feel like taking responsibility for you actions then why would ye want to have to take care of an aging parent you never liked when you can just knock them off as well. Many ways of looking at it, but its clear to me that there is a lot of social engineering being pushed, and this shit that is being promoted needs to stop.
P

It's the next step in progressivism. 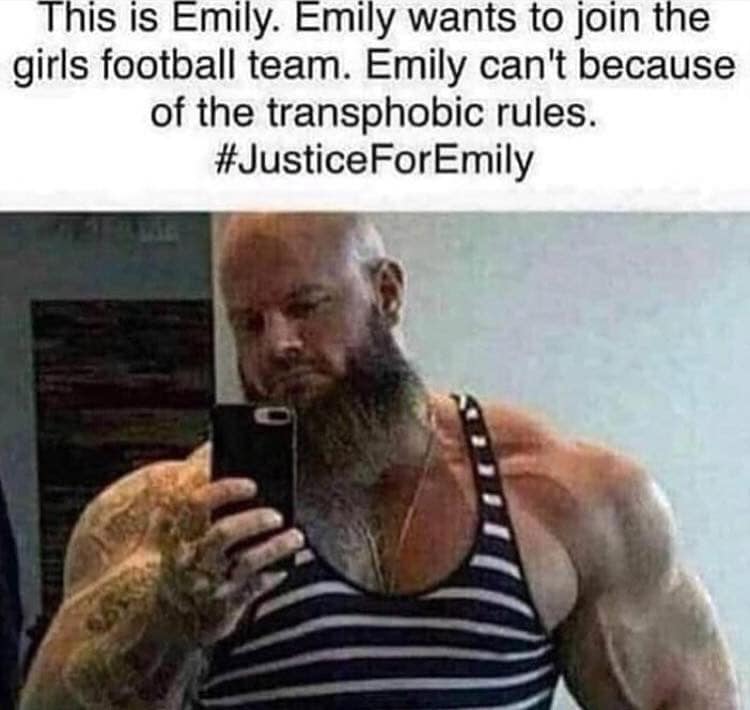