GUEST
How many Americans know about this?


'He was bloodied and tried to bite us' - Irish hero who tackled Australian killer - Independent.ie


"The 21-year-old man (Mert Ney) with a history of mental illness wounded a 41-year-old woman on the street with a butcher's knife and tried to stab several other people. "​
"But police, who had the man in custody last night, said he did not appear to be acting for any terrorist groups and the attack was not being treated as terrorism. . "​
​
In the very same article it states...


"The knifeman was shouting "Allahu Akbar" (Arabic for "God is [the] greatest").​
​
In the second sentence of the above article they really try to pass this off as just some nut, definitely not a terrorist or anything!
apparently murdering one woman and stabbing others in the street while screaming Allahu Akbar no longer meets the criteria for terrorism?


But after his home was searched...


Sydney stabbing suspect Mert Ney faces murder charge after CBD rampage​
​
"Police say Ney did not have any known links to terrorist groups, and that he had acted alone. The attacks are not being treated as a terrorist attack, Fuller said.​
​
The 20-year-old did, however, have “some ideologies in relation to terrorism” and the joint counter-terrorism team would examine if the terrorism threat needs to be reassessed.​
​
There was certainly information found on him about other crimes of mass casualties and mass deaths around the world,” Fuller said, adding that the material had been discovered on a USB drive."​
​ 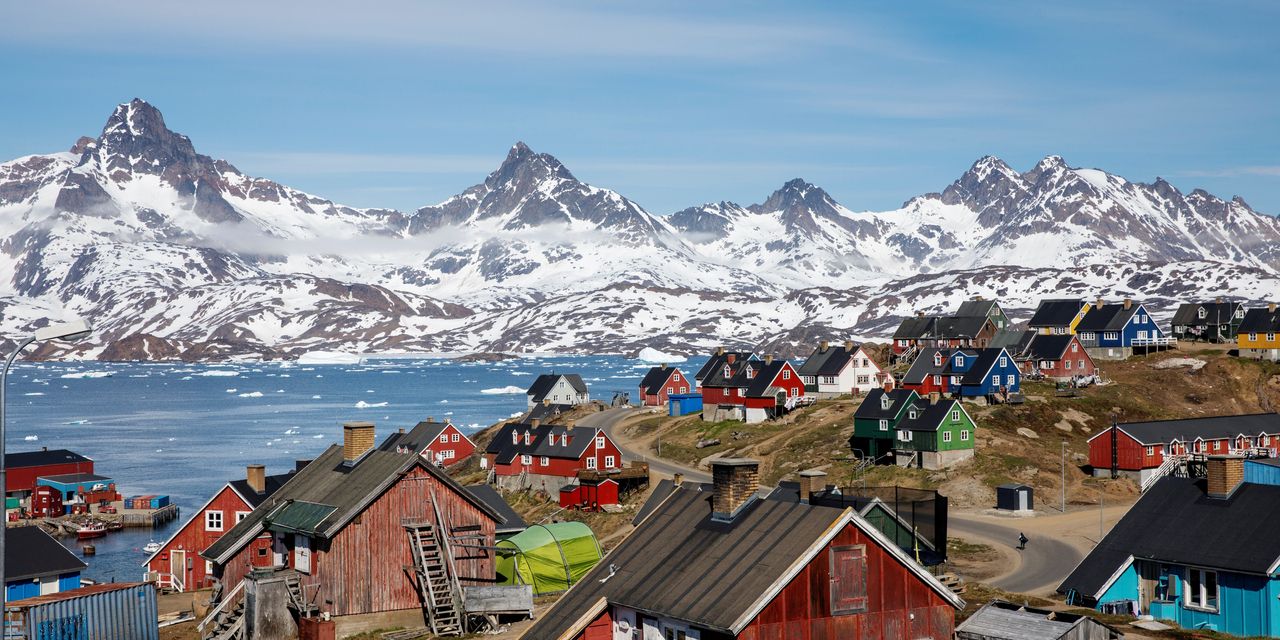 The idea of the U.S. acquiring Greenland has captured the president’s imagination, according to people familiar with the discussions, who said he has repeatedly expressed interest in the notion.

In democratic republics such as the United States, power is officially held by elected officials who are supposedly held to account by the electorate. In one of his last speeches, however, US Presi…

In democratic republics such as the United States, power is officially held by elected officials who are supposedly held to account by the electorate. In one of his last speeches, however, US President John F. Kennedy warned the public against shadowy forces who hold power by operating through secretive networks. Shortly thereafter he was assassinated. Allen Dulles, the man who had been recently dismissed from the CIA by Kennedy, was a 33rd degree Freemason, and found himself on the Warren Commission overseeing the investigation into the President’s assassination. Secret societies such as the Freemasons, and in particular those based out of the elite Ivy League schools such as Skull and Bones, have had a long history of power in the West, forming a cabal of rulers that no matter the elected party, always seem to have a member at the table.
Click to expand...

Whatever peoples views on Suttons and Quigleys work, you would be insane to not see how easy it is these days for the few to control the direction of the world of today even more so then they could in the past due to technology and the sub states that corporations represent alongside the ngo's, billionaires and lackey politicians on a similar path, all the while rewriting our own history like they are actively doing today to make sure we know nothing of anything better. Many see Stalin as that which stopped NWO appearing sooner rather then later, due to him redirecting the course of the soviet union and kicking out the original crew, and its obvious that eastern european countries have at least some resistance to this globalist push, due to that recent history as they still remember what its like to be under authoritarian rule. If a certain tribe within those directors may have outlasted the rest more so, due to its tribalism, they are as likely to fall foul of what is in the end a chaotic world again like the rest have, but i find it irrelevant. As either way you can counter this as a group/nation if you take back control of your own country first and so all focus should be on that and whatever measures are necessary to do so. 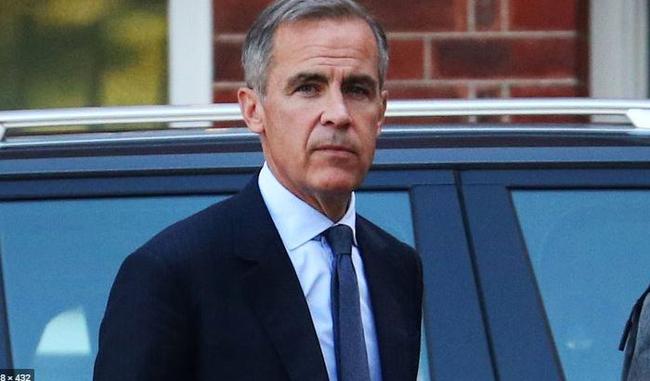 "In the longer term, we need to change the game. When change comes, it shouldn’t be to swap one currency hegemon for another."

www.zerohedge.com
As example the system wants a cashless society for total control/direction of the pleb, where they control a specific reserve currency which is not dependent on any one country/empire being on top like the past. Where they want to be able to devalue any currency at whim and control debt through inflating any/all currencies which will hit the common pleb as stagnant wages be able to afford less, even if wages gradually increase with basic goods, if you do not have real capital, you will forever be a wage slave, working pay check to pay check, and they can even bail in if otherwise necessary should circumstances arise as everything will be digital. Either way the system will be able to continue with its eventual slave mutt blood populace and anyone within it will be locked in, the euro being a disaster for us that has set us up for this fucked up path.
EVERYBODY'S POLISH | MEET THE BILDERBERGS | SHATTERING THE NATION | CENSORSHIP YES | DEMOGRAPHIC PONZI SCHEME

I'm looking to get an external partition built in my garden.

How much should it cost, and how long should it take, for a block layer, to lay these 600 blocks?

Twilight of Abundance – The Case for Global Cooling

If you look at the mainstream news today, one gets the distinct impression that the planet is headed for a cataclysmic environmental shift driven by the earth’s changing climate. What you will not …

If you look at the mainstream news today, one gets the distinct impression that the planet is headed for a cataclysmic environmental shift driven by the earth’s changing climate. What you will not hear, however, is that this shift may very well come from cooling of the planet by reduced solar activity, and not the warming that most climate alarmists are warning of due to anthropogenic (man-made) emissions of greenhouse gases. In ‘Twilight of Abundance’, scientist David Archibald reviews the evidence over the last several thousand years, and comes to the conclusion that our current age is an interglacial one, which if historical patterns hold true, will revert to a period of glaciation and cooling that will bring catastrophic down-pressure on earth’s carrying capacity for life as the sun goes into a period of lower radiative activity.
Click to expand...

As ive stated on here before The Green Wave: Washing away all common sense?, if global warming is an existential threat to humanity, none of these faggots are promoting the nuking of china or india as the biggest and most obvious response to such a threat if what they say is real. All this apocalypse talk looks like nihilism due to what they say is the issue and the models they employ with no actual solution possible based on the hysteria they describe.

The idea we are permanently altering the planet is one of ego, something that the sheeple love, as it gives them something to latch on to as a means of reason for their shity existence in what is a fucked up society devoid of community and reason as a group etc... A factor driving these spastic notions of godhood, where the many now think there is something special about them following a new civic religion. Arrogance promoted by scum that are just looking to leach what they can from the plebs.

Climate has always changed, change is a default within the word itself, where you take two points in time and look at the average weather, unless you are spastic enough to think that weather or time does not change, climate will always change. The question is AGW, and if you have a model that only accepts a particular molecule that is co2 as the only thing that matters, your looking at things at a very simple point. Either way the one thing you never want is a cooling period, which has always led to a massive die off in population North Pole set to go above freezing

Obviously we have an effect, but the idea that we are the only weight on this is the clown world stuff brought about by scum running things that do not care what comes after, or themselves think that all that is relevant is how much they can squeeze out of the sheeple. Having said that most of them are likely sheeple themselves from what i can see, fools directing the people. God knows where we are heading but i wouldn't put my faith in the powers that be that are there now unless you like being lied to.

Whole thing looks like manufactured consent on things we have limited effects on versus what we can do which is limit polluting our general environment around us, water, food, sanitation etc... basic services fit for the populace let lone the rest, but money needs to be made.

There's a club if you'd like to go
You could meet somebody who really loves you
So you go and you stand on your own
And you leave on your own
And you go home and you contemplate on the how Marxist–Leninist cultural policy modernises social relations among citizens by eliminating the capitalist value system of traditionalist conservatism, by which Tsarism classified, divided, and controlled people with stratified social classes without any socio-economic mobility


'Wicked and evil' pair jailed for accessing Sala mortuary footage
"I spent thousands every year for years and years on alcohol, Homosexuals and the rest."