The storm over Representative Ilhan Omar's supposed "anti-Semitism" in the United States. 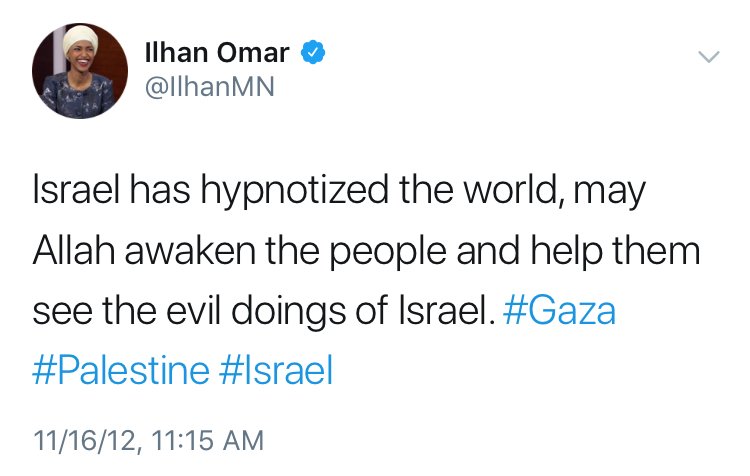 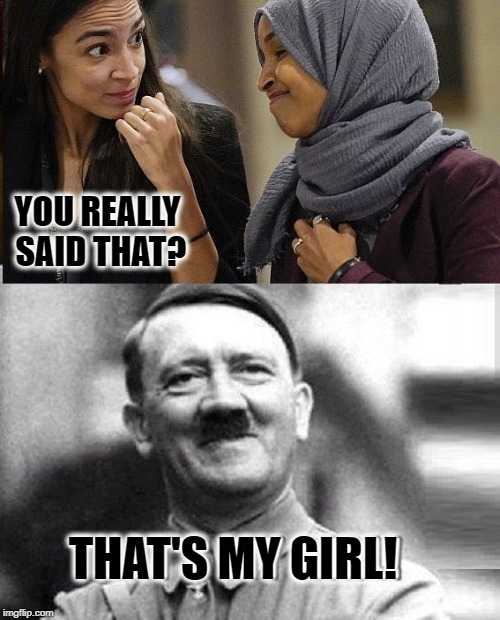 So what? She said that during a time when Zionists were as they put it "mowing the grass" (meaning carrying out mass murder in Gaza)- and living the USA. Conflating Zio-Nazism with Jews simply for being Jews or from a Jewish background is anti-Semitism in it's most raw form.
A

We're not saying Ilhan Omar is antisemitic, it's just that she doesn't like Jews very much.

Anglophile said:
We're not saying Ilhan Omar is antisemitic, it's just that she doesn't like Jews very much.

Or rather, she doesn't like the criminal actions of Zionists - Jews and Goys.
B

James Dawson said:
Not liking leftism is an understatement.

I'm neither 'left' nor 'right'. The only thing I would (positively) identify as (in this day and age) is a nationalist.

I support Israel's right to exist and to be as homogeneous as it wants, otherwise I would be a hypocrite.

I also don't criticise Israel for the military action it takes to defend its borders, especially considering the neighbours it has.

Fake·es·tin·i·an –noun 1. an occupying Arab who was shipped in to create an imaginary land called "Palestine", also known as Fakestine. While the original term "Palestine" was created as a PR move by Yasser Arafat, efforts to provide legitimacy for using this name have failed and thus dubbed the...

this mantra I SUPPORT ISRAELS RIGHT TO EXIST
Israel is an experiment by the british who cleared the turks/ arabs from the land to establish an new country called Israel - in payment for American forces in WW1 -when land could no longer be purchased in the quantity they wished they formed a new plan they went into a Palestinian village full of agricultural peace loving people who were so innocent they did not have an army to defend themselves as they got on with all their neighbours for thousands of years and the only place there was never a pogrom against the jews was palestine --
they rounded up all the villagars and selected the most heavily pregnant woman and aborted her child in public with a lee enfield 303 baynot .
they observed the inability of the villagars to cope with this and they ran screaming into the night leaving their food and money on the tables of their homes -this is referred in THE THIRTHNEETH TRIBE by arthur kostler as
THE ARAB MIRACLE -- where a million arabs left their homes .
the Israel defined by the 1948 agreement with the UN is the only legal Israel that exists --the 1967 Israel does not have legal recognition by the world/UN --the occupation of the remainder of gaza and the west bank is definitely not legal -
-please tell us all which Israel do you think has the right to exist --
do the palestinians have a right to exist and where do we put the 7 million refugees from Palestine who are trying to go home --their homes as the UN states .
why do you think they should not exist. something very wrong about anybody who would say only one breed of insect or cow should exist at the expense of all others . slan bugs
K

'I support Israel's right to exist' always seems to go hand in hand with 'I support everything Israel does', people who support the former statement always seem to support the latter too even coming down to massacres, torture and brutal racism - even among intellectuals.

When did Zionist supporters lose nuance or did they ever have any to begin with? Is there any action by Israel that could get them to saying 'That's not right, they are wrong there'. For what it's worth as a supporter of Palestine i wouldn't support a suicide bombing targeting civilians.

I support Israel's right to exist, you don't, that's fine. But just be honest about what your outcome entails.

[MOD]Please could posters keep things a little more civil.
more specifically, no more personal accusations of "anti semitism", "Jew hatred", "zionazi", being idiots
or unfounded and rather serious assertions that other posters are in favour of genocide etc
Thank you!
Last edited: Mar 12, 2019
"If they can get you asking the wrong questions, they don't need to worry about the answers." -Thomas Pynchon

GodsDog said:
[MOD]Please could posters keep things a little more civil.
more specifically, no more personal accusations of "anti semitism", "Jew hatred", being idiots
or unfounded and rather serious assertions that other posters are in favour of genocide etc
Thank you!
Click to expand...

As I have been called in this thread.

As I have been called in this thread.
Click to expand...