Hot The Invasion and Plantation of Ireland 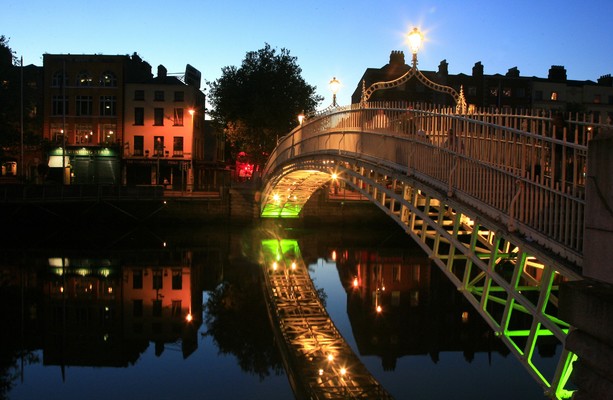 Cannabis, ketamine, cocaine and ecstasy tablets were part of a particular find on Friday.

African gang in Adamstown threw sticks and stones at a mother and her child who were out walking in a park in Adamstown.
She had observed them breaking into a laundry room at Finnstown Castle Hotel.
They also spat at her and chased her.
When she called the Gardaí, none were available to assist her.

70% of the people in Adamstown are born to non-Irish parents.

Statistics on Immigration and Refugees in Ireland

Boy, 13, attacked twice in two days by gang who threatened to 'cut his head'

An evil gang of teens attempted to beat and rob a 13-year-old boy twice in the space of two days in West Dublin.

The callous youths told the young man they'd "cut his head" as they hit him and tried to push him off his bike in the Adamstown area.

The boy's fuming mother, along with many others, say they're sick of the group who've carried out a number of attacks in the area.

Speaking to Dublin Live, she revealed the same gang also attacked her husband a month ago.

Luckily, the boy got away both times and the incident has been reported to gardai.

She said: "He was out on his bike on Wednesday going through the Castlegate area and they started trying to beat him but he was on the bike and he managed to get away.

"On Tuesday they caught him, they threw stones at him and told him they'd cut his head.

"Twice in two days - luckily he managed to get away.

Boy, 13, attacked twice in two days by gang who threatened to 'cut his head'

Irish media are pushing crime stories and tales of Irish "ne'er-do-wells" to prime the Irish public into making sure they have the image burnt into their heads that it is Whites i.e Irish who have done and do crime.

this is in preparation for all the crime stories that are coming out perpetrated by Africans, Arabs, Muslims, Asians and non-Whites in general, so when this wave becomes far more apparent and associated with certain races PER CAPITA, they will say..... "well the Irish do same."

charlie D said:
He talks about his parents coming to Ireland for a 'Better Life'

Half the world is looking for a better life , including myself , but you have to go through the proper channels . Going to other countries falsly claiming to be refugees which the Nigerians are doing in huge numbers is wrong , it also means that genuine refugees are left to suffer as the places are being occupied by fraudsters .
Click to expand...

The left relies on those who want to keep this country for ourselves, on compromising and giving into the virtue signalling.
It works like this, people don't want to be seen to be a monster, so when they say they are opposed to immigration, they then feel they have to be somewhat accommodating and compromise, so they will agree with the left to some extent, by saying, immigration is ok....just proper channels
And all because the society narrative is FOR immigration.

Fk the narrative, we now need be completely against it for our own sakes.

Tim apparently is mixed race so he can say things Whitey can't, I can see him being physically targeted by antifa/globohomo.
The weak must fear the strong.
T

‘Sex tablets’ blamed by man, 49, who exposed himself in County Limerick. Another impulsive low iq moron who exposed and masturbated himself in front of staff on several occasions in a DP centre blamed the staff on giving him "sex tablets".
He also refused to take a taxi that the state organized for his court appearance taking the bus instead.

Kadima Mbuye’s solicitor, Con Barry said his client is a political refugee from the Congo.

“He doesn’t trust the State. He thought he would be better off coming by bus. He is getting a bus from Foynes to Limerick city and a bus out to Kilmallock,” said Mr Barry. he also served a six month prison sentence for sex offenses.
Prison was a hard time for him due to his poor English!!

When I was a child I enjoyed the TV series Stig of the Dump, about a group of English kids who find and befriend a stone age man in the local dump. It seems we will all have the pleasure of living with these living fossils side by side while they turn our country into a literal dump.
Fcuk this gay world I want off.

‘Sex tablets’ blamed by man, 49, who exposed himself in County Limerick

A MAN who exposed himself in front of other people in a direct provision centre claimed he had been given “sex tablets” by staff. Kadima Mbuye, aged 49, pleaded not guilty to two counts of exposing his genitals contrary to Criminal Law (Sexual Offences) Act 2017 in Mount Trenchard, Foyne...