I really wish these people would fuck off. There isn't anybody in any significant number in parliament who can try to throw the result of this ballot. I don't want the tories any more than they do, but that is the way a democratic vote works.

Bad losing simpletons.
When you get them by the balls, their hearts and minds will follow
F

something lefties truly hate. democracy, freedom of speech, and anybody who doesnt agree with them.

Excellent. Everything that leads toward the break up of the so called "UK" is to be applauded.
Shaheed General Qassem Suleimani
Murdered by cowardly criminals
Ar dheis Dé go raibh a anam dílis​
E

Bunch of middle class clowns pretending to be street.
Football Lads Alliance would clean the street in seconds.

We need an Irish version.

Tadhg Gaelach said:
Excellent. Everything that leads toward the break up of the so called "UK" is to be applauded.
Click to expand...

As an English republican, I wouldn't be crying in my beer over that, quite the opposite.

Unfortunately, I think it is unlikely imminently. 27 million people voted for unionist parties. Even if Jimmy Kranky is given a second referendum and she wins, can you imagine the wrangling and rancour that will follow, given the effort to throw the EU referendum. The same people, plus more, won't stop moaning and contesting the result. The well oiled machine will be wheeled out again.

Now that Johnson has a sizeable majority, he may well take the DUP from under the bus which he threw.

In reality, with a conservative majority in parliament, the risk to the union breaking up is negligible.
However, leaving the EU is one step to an English republic. Bit by bit, it will happen in time, not all in chronologically close together events.
E

I'm not very good with technology.
Loads of ideas for memes and videos but just from a wrong generation
A

The terrorist wing of the Labour Party.

When these people are unhappy, it’s always good news....
A

Labour's momentum activists trying to get to Jacob Rees-Mogg's house.

His wife and children would be there.

This is totally unacceptable.....
A 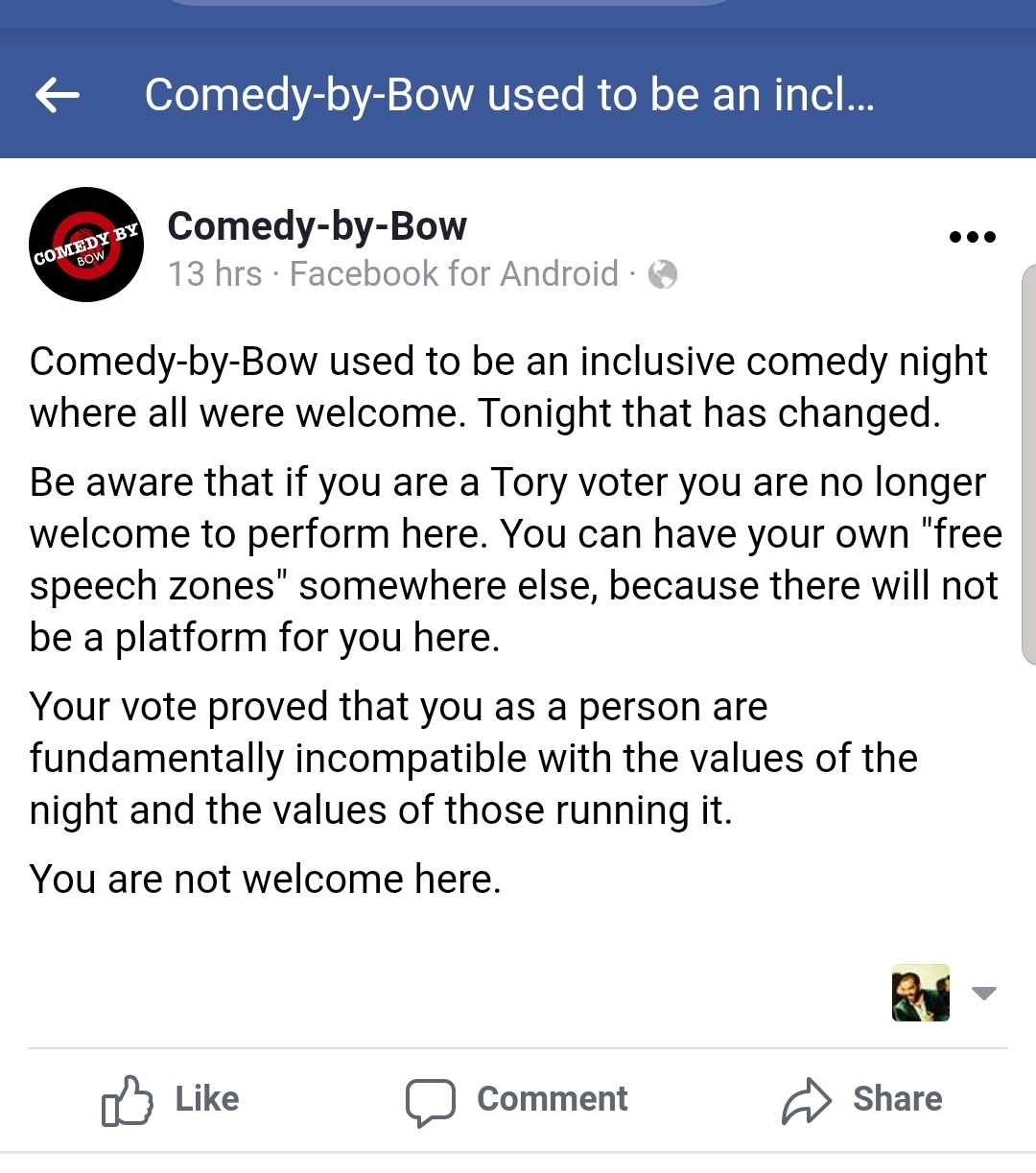