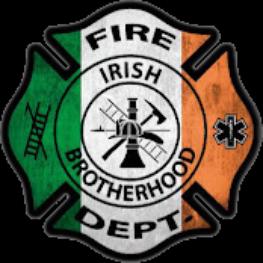 
"Dr. Joseph was recently served a glass of Ribena in a Galway restaurant by accident when she ordered wine and there was a mix-up with a display bottle. As a result, she said she would "continue to cry out against race and racism until we stamp it out of our society. "


You can follow Dr Ebony Joseph's parody account here although some of her real tweets are funnier:

Haha she has blocked 720 people.
Gradually I began to hate them

An Fiach Ban said:
Haha she has blocked 720 people.
Click to expand...

All the people who were following her parody account

Anyone who ever disagreed with her, even before the parody account she blocked me.
Gradually I began to hate them

An Fiach Ban said:
Anyone who ever disagreed with her, even before the parody account she blocked me.
Click to expand...

She's as thick as a brick. Seriously low IQ

A bit like Irish IQ, falling by the day.

One trick pony ,Al Sharpton bullsh1tter wannabe, sell , sell and then sell racism even more , it is quite easy with a dumbed down libtard
media, facts are ignored, retard ideology is followed , it is like listening to Ray Darcy, you just laugh your tits off at the fake news and
the "do anything to annoy people with common sense" it gets them listening ,

Bad guys always steal the show in movies, this is the same , you love to hate the mouthy morons of society, they know this and play up to it,

All they have to do is keep goading people to say something that can be remotely twisted into racism,

I wish Universities simply renamed all medical degree course graduates into plain English titles, at this stage all I can think
of to stop the propaganda of morons calling themselves Doctors ? is to re-title people who studied medicine as "Real Doctor"

It would beg the interviewer to ask the morons calling themselves "Doctors" to qualify if they were a "Real doctor" or not ?
this would quickly inform the listener that the moron has been found out trying to plagiarize an actual title they would never
achieve , EVER,,,

Classic diversity hire. Would love to see some hard evidence of her attainments in the area of microbiology in west Africa. Her academic work here is pure mushy sociology spin-off stuff. In those disciplines you virtue signal and emote your way through to the end. Now she's an expert in what? Whining.
You must log in or register to reply here.
Share:
Facebook Twitter Reddit Pinterest Tumblr WhatsApp Email Share Link
Menu
Log in
Register
Install the app
Top Bottom