Self Moderated Putin in power until 2036?

To say that Russians are fond of Vladimir Putin would be the understatement of the century. Proposed new reforms within the Russian electoral system could now see him remain in power until 2036 and likely beyond that. He is certainly considered to be a pillar of strength within Russia, keeping the country within the Great Power circle while building up the economy internally, while also being the shrewd sort when dealing with Europe's dependence on Russian gas and oil, using said dependence for Russia's geopolitical gain.

It seems that for many Russians reminiscent of the 1990s under Yeltsin - a decade considered to be one of decline and humiliation after the fall of the Soviet Union, Putin seems to offer not only the promise of a stronger Russia externally, but a guarantee against the return of the bad old days of the 90s internally when the country had essentially become a laughing stock on the international stage ripe for the plundering by oligarchs and mercenary sorts.

although probably change the name in France to something a little less rude.

At this stage, I don't think Putin has anything more to offer Russia. He has rebuilt some of Russia's former international prestige - though it's still a mere shadow of Soviet Power. But, he has completely failed to tackle Oligarch corruption and the destitution of the general population. This is a huge shame and dishonour for Russia. Putin also surrounds himself with complete morons who will never be able to challenge him. Stalin was like that too, though he was smart enough to bring in good people when he needed them. But, in the end, everyone has to die. It has been Russia's fate for centuries that when a good Tsar dies, he is replaced by a drooling cretin. It could be worse after Putin dies because the Oligarchs are still rich enough and strong enough to return Russia to the chaos of the 1990s.

All in all, a return to Communist Party rule is what's needed. The Communisty Party is really the only functioning political party in Russia now. Putin's United Russia Party is an absolute shambles. In the last council elections many UR candidates ran as independents - because the name of their party is dirt.
Shaheed General Qassem Suleimani
Murdered by cowardly criminals
Ar dheis Dé go raibh a anam dílis​

Merchants are jumping ship from the US and will attempt to plunder every square inch of Western and Eastern Europe, including all of Russia.

Concrete as far as the eye can see.

That's the expectation at least.

Putin saved Russia there is no doubt about it

- so long as they don't challenge the Political System

What happens when he goes?

Who knows but he will be a hard act to follow.....
Deus Vult
Ireland in History Day by Day
irelandinhistory.blogspot.ie
C

Obama was sitting on his a$$ while Putin Rose. Obama was too busy looking after the Banks so that the Banks would look after him when he left Office !

I saw Hillary Clinton do an interview on TV a few years ago, she described a remarkable story. It claims, there was a mound of dead bodies in some town or city, to be collected and buried after a military conflict. A guy spotted his wife in the pile and after arguing with the body collectors, he discovered she was still alive. He rescued her and nursed her back to health. She herself was extremely lucky but she was pregnant at the time and that's allegedly how Russia got Vladimir Putin.

bAd said:
I saw Hillary Clinton do an interview on TV a few years ago, she described a remarkable story. It claims, there was a mound of dead bodies in some town or city, to be collected and buried after a military conflict. A guy spotted his wife in the pile and after arguing with the body collectors, he discovered she was still alive. He rescued her and nursed her back to health. She herself was extremely lucky but she was pregnant at the time and that's allegedly how Russia got Vladimir Putin.
Click to expand...

More propaganda from the USA .

IMo , Vlad has done a great job with the USSR. I was over there for a while after Glasnost. The poverty in Moscow was pitiful, I can only imaging what it was like in the Russian countryside. Russia was a the bottom of the barrel . The Russian fleet was rusting literally in the various ports and the US had the upper hand in the country. I did not here anyone bleeting about how US intervention was wrecking the already wrecked economy . Then along Came Putin.

I wish we could rent out Putin for a few years

page61 said:
Vlad has done a great job with the USSR. I wish we could rent out Putin for a few years.
Click to expand...

Many in the West are convinced our current democratic model is supreme. If the financial system wasn't plutocratic, maybe it would be. In the absence of that, principled leaders like Putin, who don't change every 4 to 8 years, lend stability and longer term vision compared to the schizophrenic mé féiner left right model.

I wish our system wasn't so rigged that it's a bureaucratic / judicial labyrinth which keeps power mainly in the hands of those who have little or no love for this land.
E

I see the MSM in the U.S.A is trying to engineer another pre election Russian scare story.
"Unnamed sources" claiming that Russia was offering bribes to Afghan Islamists to kill U.S troops.
Both Russia and the Taliban denying the story.
Like Islamists have to be induced to kill Kuffars!
G The administration is rejecting requests from U.S. embassies to fly the rainbow flag on flagpoles during June, LGBTQ Pride Month, say 3 U.S. diplomats. 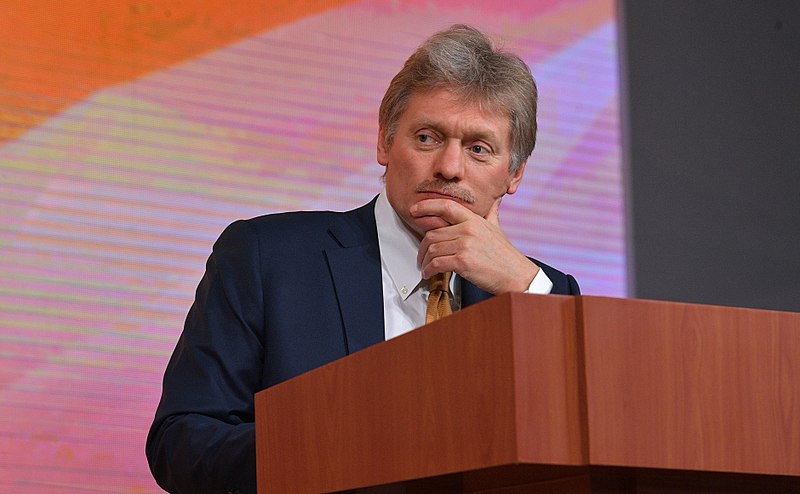 Trump has little control over vast sections of the American deepstate, as the elected president he cannot even get his embassies to do as they are told, that place is centered around money and billionaires without any of the noblesse oblige, whereas I think Russia still has a bit of it left in it regards doing what is best for the rest in the long run, rather then does at the top acting as a parasite at all levels, pushing your world view due to your own degeneracy and faults on everyone so you can counter the cognitive dissonance that you'r really just scum, trying to make the world accept your faults as instead being that which all should strive for and worship.

Mental illness as the norm is what the west represents now, for now Russia looks like it hasn't been totally infected, which was the plan, so I think they could do way worse then Putin regards where Russia is, from what I can tell, at least for now.
EVERYBODY'S POLISH | MEET THE BILDERBERGS | SHATTERING THE NATION | CENSORSHIP YES | DEMOGRAPHIC PONZI SCHEME

Bloomberg reports after voting began last week, despite raging coronavirus fears, that the latest exit poll by state-run Vtsiom puts support for the amendments, which includes the term limit exemption, at 76%.
The Flag stays, the Republic Stands, the 32 counties are ours, the immigrants can go home, the punt's coming back. Abortion never. European federalism can go to hell.
Seo libh canaídh amhrán na bhfiann​
25 More Posts...
You must log in or register to reply here.
Share:
Facebook Twitter Reddit Pinterest Tumblr WhatsApp Email Link
Top Bottom