Primetime hit-piece against Irish nationalists this evening - "The New Nationalism"

Primetime hit-piece against Irish nationalists this evening - "The New Nationalism" 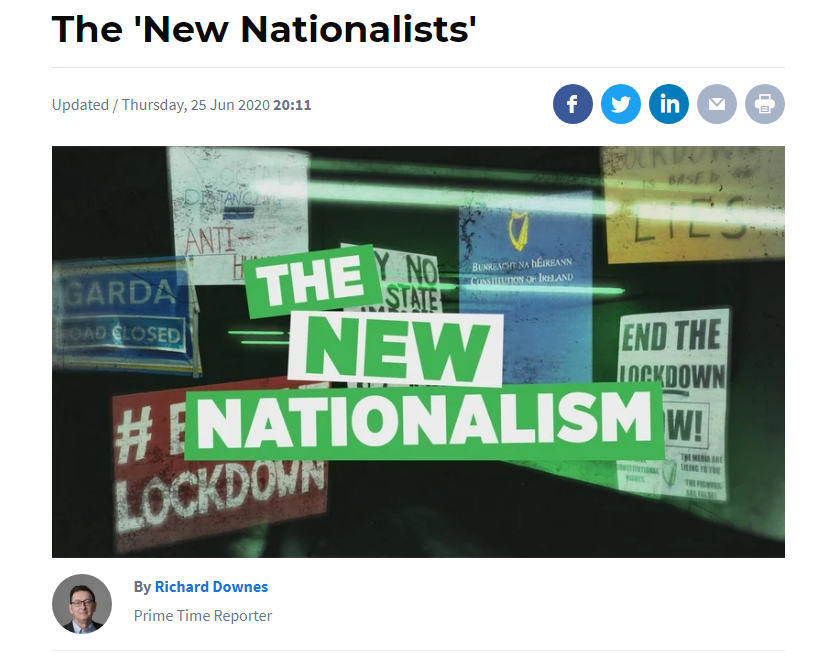 Primetime — "The New Nationalism" on bitchute

Word got out this morning that Primetime is planning to broadcast a hit piece against Irish nationalists tonight.
RTÉ has just floated an article titled the 'The 'New Nationalists'

>Like other similar groups in Spain, Germany, the U.K. and elsewhere, the focus of these groups is immigration. Some of them subscribe to the internet conspiracy theory, called the Great Replacement. Rather than seeing the increase in non-Irish people living and making their lives here as being a normal part of a modern European country, some of the new nationalists see it as a conspiracy to overwhelm Ireland with foreigners.

As you can see, straight off the bat, the narrative they are concocting is to distance Irish nationalists from our heroes of old.
Supposedly the great dream of the 1916 Signatories was to flood the country with endless foreigners to drive down wages and inflate housing costs so that Irish people are a minority in two thirds of north inner city currently and disappearing fast elsewhere.

They also want to dismiss concern about replacement levels of immigration by labeling it a conspiracy theory.

The stats however are on our side:


RTÉ are also trying to make it a racial issue by suggestion Irish nationalists' only concern is that country is being swamped with black and brown people.

>For many of them the conspirators include the Irish government, NGOs, the EU and the UN. They believe that these organisations want to replace Irish people with brown and black people from abroad. That’s the idea which has taken hold among these groups.

Has anyone ever heard an Irish nationalist suggest that they are perfectly fine with the levels of immigration from Eastern Europe and it's only black and brown people that concern them? I haven't.

According to this account Justin Barrett was banned on twitter today ahead of an appearance on Primetime.

One thing it proves is the establishment are getting very nervous.

Watch tonight after the 9 o'clock news and remember, it only took a hundred years for the Guanche people in the Canary islands for them to be ethnically and culturally absorbed by foreigners. A cave of their bones is all that remains. 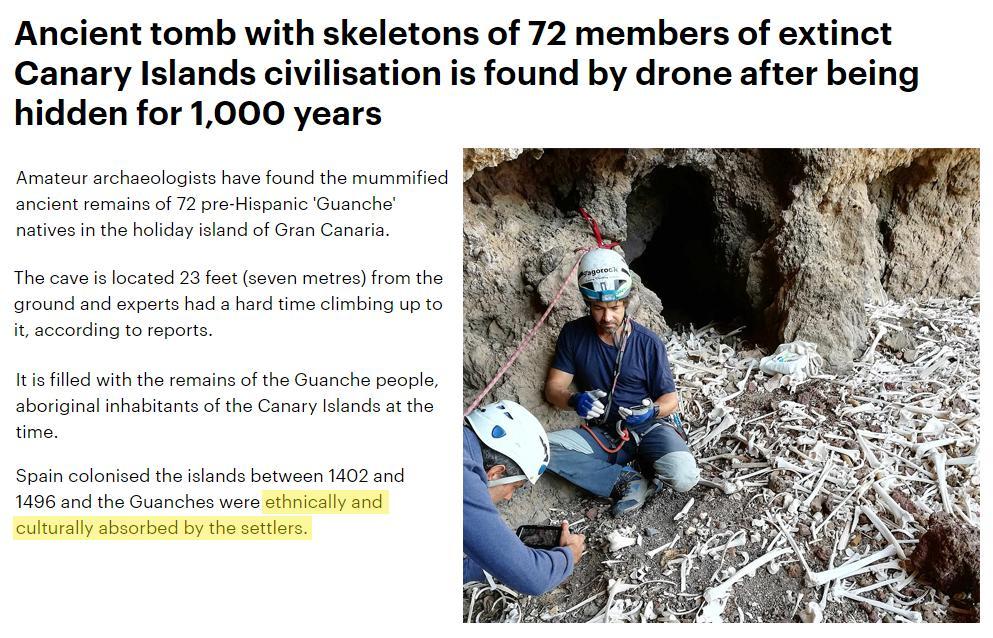 What watching Justin Barrett on RTÉ last night felt like...

I'm amazed they are going to let him speak direct from Montrose Studios Dublin 4!

I'm sure though they will heavily edited to slant it so that he comes across as some kind of racist bigot....

Anyway Good Luck to Justin with it.

Well if we don't get a mention we are doing something very wrong!
“ Once you eliminate the impossible, whatever remains, no matter how improbable, must be the truth.“​
OP

Superhans said:
Well if we don't get a mention we are doing something very wrong!
Click to expand...

No one from the right should do an interview with RTE or any MSM as you know in advance it will edited to protray you in the worst possible light and they'll tee it up with an editorial hit piece.

Why are they blacking out O'Doherty/Waters supporters

They are actually showing Gemma dropping some red pills.

Prime Time are showing John / Gemma making some good points. Backfire if intent was a hatchet job. I can see people nodding in agreement at this.

Disgusting trawling of that woman's social media. That will backfire on RTE fool.