Don't know but just scanned through their videos and see they get all the best guests.

The Irish Patriot Newspaper is ready! 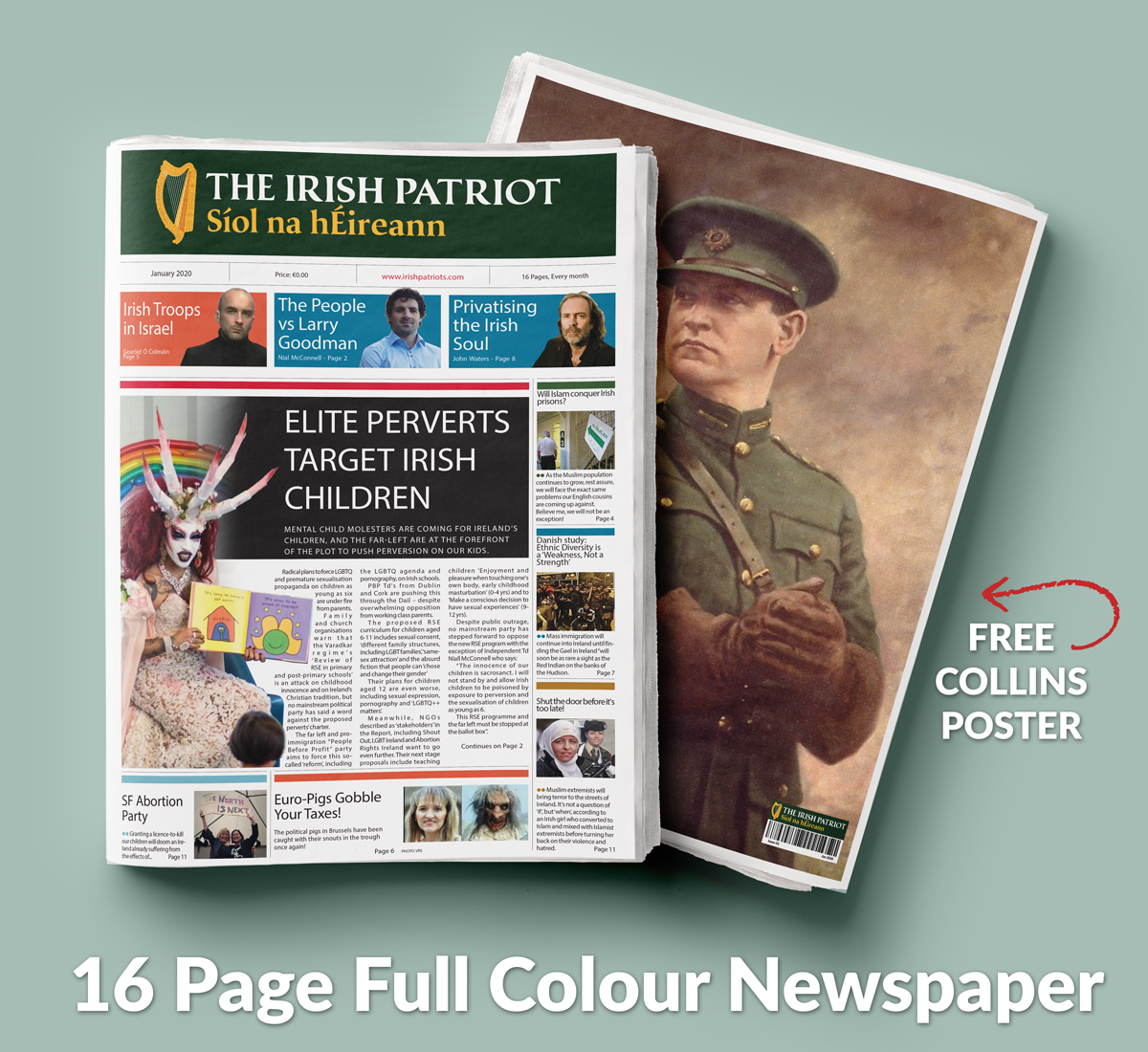 I fear this may be too ambitious, but I will help (financially) any way I can.
By the way, who will be writing the copy?

This is fantastic, hopefully sold by patriots in working class and small rural farming pubs, I hope it has a column called "war news", make it as edgy as can be for our youth.
Gradually I began to hate them

Macushla said:
The only people who read the newspaper already have their newspaper of choice. Most people don't bother with the papers anymore. Most news is probably consumed on social media.

There are also huge logistical issues with printing a newspaper. Printing costs would be exorbitant. Shops wouldn't stock it. So door-to-door newspaper sales or sales on the street would be the only way to get it into people's hands - well that and subscriptions.

We'd be best building a proper and more professional TheLiberal.ie. Look at the huge reach that has. Yet it's not utilised properly by Leo Sherlock.
Click to expand...

Emmet Corcoran’s “The Democrat “ newspaper did not last very long, did it? Not a good sign for a new nationalist paper.
In Hell, every day’s the same.

Already has over 4k raised. Niall is a legend.
N

Print news is dead as a dormouse. I don't support pissing away money on a print newspaper. What is this, 1918? There are free and infinitely more useful way of reaching people directly. Nobody's going to read this newspaper. The whole thing sounds like a total ponzi scheme for good intentioned but ultimately gullible people.

People: don't waste your money on this vanity project.
I have done the state some service, and they know 't.
No more of that. ​
T

For those not on The Patriot's mailing list, I will cite a little from his latest mailing. He wants to have a mass distribution of his newspaper on March 17.
100 volunteers? They must be the people who voted for him. Good Luck to him anyway.

We have around 100 volunteers already signed up and here is the big thing, I will be hosting an all day St Patricks ‘DAY OF ACTION’ livestream , bring live footage from the parades from Armagh, Dublin, Cork , Donegal, Cork and many other locations across the 32 counties.

Our goals that day will be to distribute 20 to 30,000 newspaper that will ‘red pill’ thousands or at the very least inform our sleeping brothers and sisters as to what is REALLY going on in this Country.

Here is a breakdown of what we need to achieve this!

So. for the incredibly low figure of €5,300 we can implement this National Day of Action the likes of which Ireland has not seen these last 50 years! You can Chip in your part HERE:
T

Latest note from The Patriot says his first edition sold out, and he has produced a bigger run for the second.
A well written note, though probably not a writing style that's in tune with the times.
But Fair Play to him. I held off contributing to the first edition, as I feared he was turning into a money making shill, but I'll toss a few quid his way now, if only for his pluck.
18 More Posts...
You must log in or register to reply here.
Share:
Facebook Twitter Reddit Pinterest Tumblr WhatsApp Email Link
Top Bottom