Status
Not open for further replies.

bells of shandon said:
Whispering campaigns against Niall McConnell are all part of the 77th Bigade proganda playbook. Never forget the Commissioner of the Garda,is the ex RIC Boss Drew Harris, with close connections to MI5/6.
He was put in position to infiltrate and degrade any opposition to the Junta and their Corporate sponsors.
First weapon of attack in any war is disinformation and MI5 are experts,with their access to GHCQ and their Social Media attacks propaganda arm 77th Brigade. THey infiltrate and troll many platforms and to believe that they are not represented in PI, would be naive. 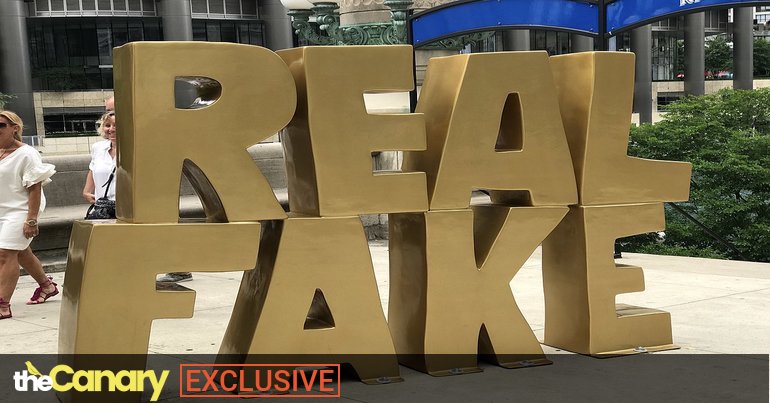 A secretive propaganda unit is manipulating our social media. But it's not Russian. | The Canary 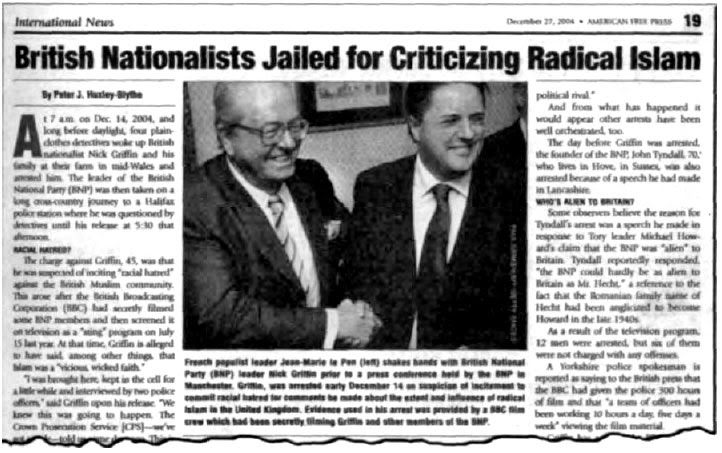 Is Nick Griffin A Freemason (Why The New World Order Needs The BNP)?

Asking if Nick Griffin is a Freemason may seem like an odd question to ask, but if the answer is yes then it seems almost certain that the B...

What do you make of the Griffin family?

Black & Trans said:
You suffer from a common Irish ailment. You tihnk a saviour is going to appear and put things to rights. You think McConnell might be one such bucko. He is deliberately antagonisng Provis with his badges and calling his gullies oglachs. As there are quite violent people in the wider Provo family, he should really be careful imho.
His food aid was silly, delivering tiny bags of spuds around the country and duplicating work the GAA, the Gardai and some SFers were already doing but much more efficiently.
The authorities, including trolls on this site, "fear" what the NP might become and so he NP gets the sort of attention IFP does not. The IFP is not organic. It has a few names and can be pulled down by pulling down folk like Cahill. The NP is potentially much more subversive and the authorities and their paid agents know that.
Though McConnell's output is, at one level, impressive, I'd wageYou read far too much into DAOWSON AND gRIFFINr Dowson et al provided the logistics. And they have a grubby history.
Click to expand...

You read far too much into the interview given to Dowson and Griffin. I was interested in what they had to say and am aware that they both took a lot of organised flack from agents of the British State. There was a lot of good information to be learned from them in that respect and Niall will have gained much knowledge and hard lessons.
I do not make a judgement on Dowson or Griffins alleged mishandling of BNP Funds, because I am aware of the 'dirty tricks' the MI5/6 are capable of putting into play.
Michael Collins had the same accusations leveled at him when Minister of Finance in the First Dail.
If they cannot get you on the Financial scandal meme,they will use the sexual conduct meme. Old,tried and true tactics. made real or fiction and not mattering which ,as long as the target is hit by the mud and they have the controlled Media to lever up the lies.
Politics mixed with Security Service agents is a rats nest and a black pit of innuendo and lies, to degrade a target enemy. 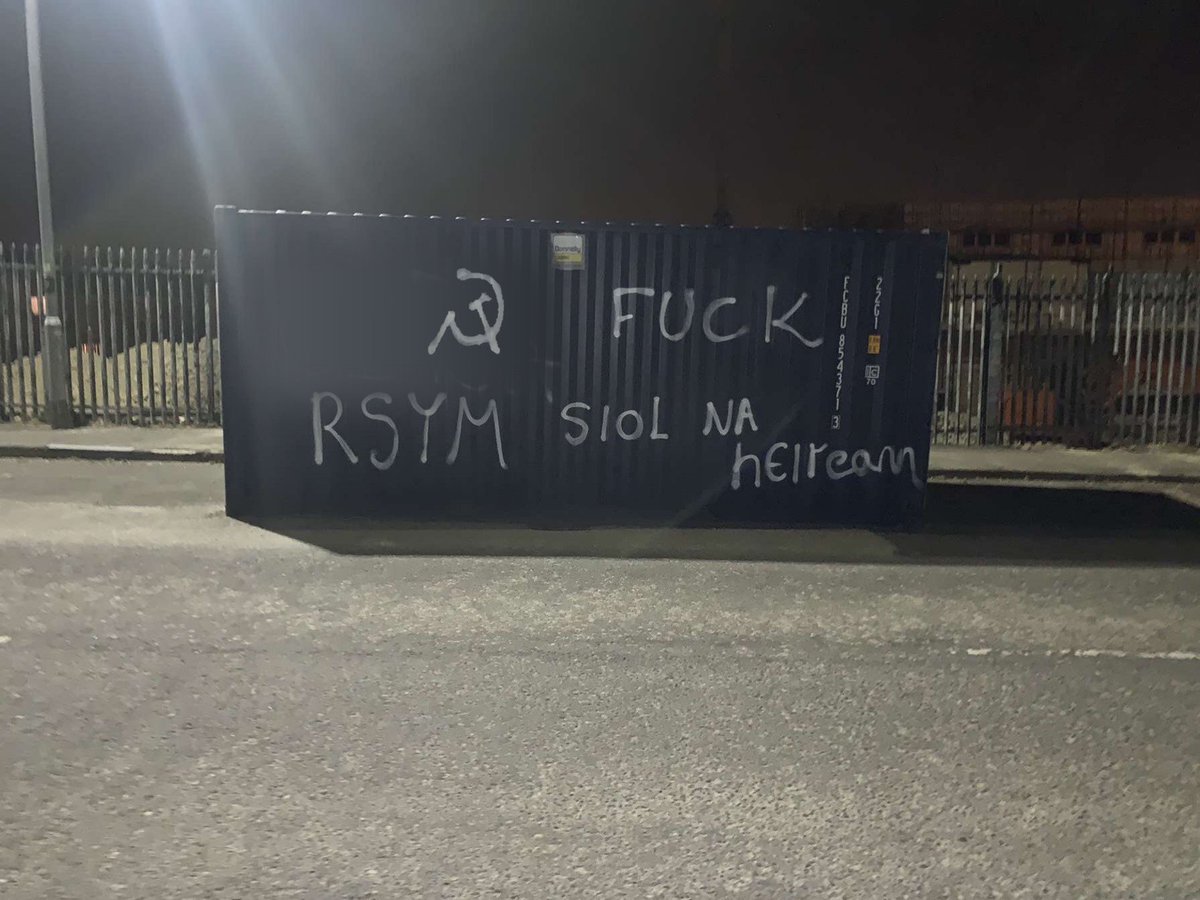 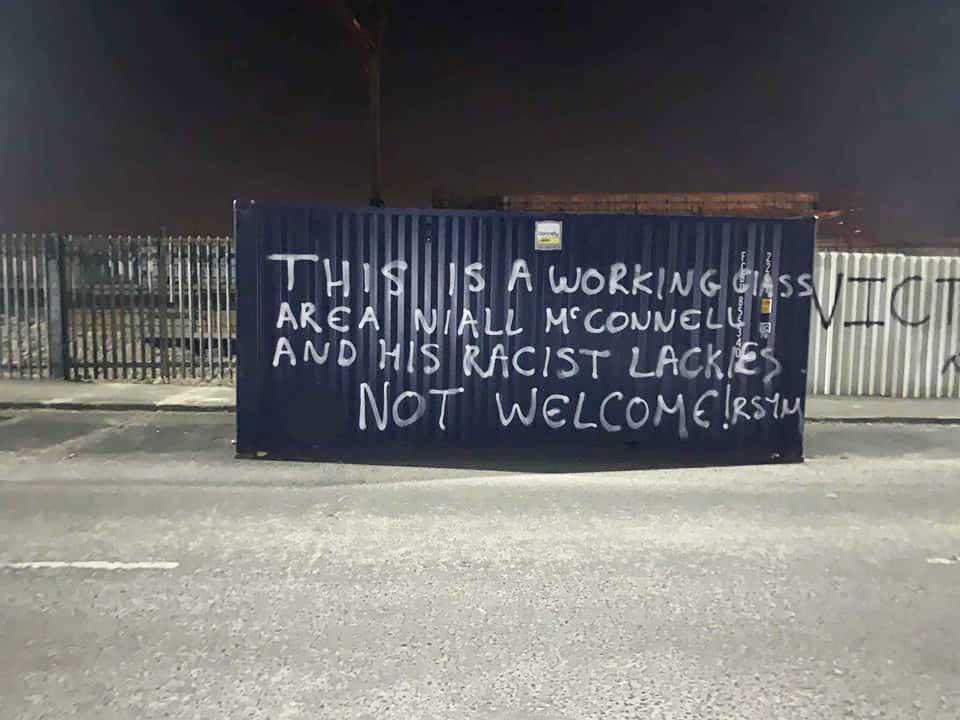 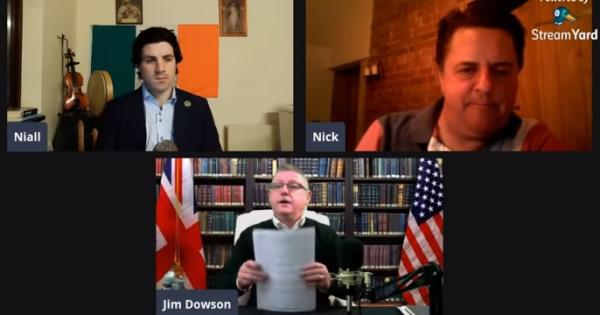 I wonder why he isn't suing these people?
B

I wonder why he isn't suing these people?
Click to expand...

Sue a dog, get a flea. They are in one the act, from the Peace Process gravy train. Anonymous gob shites, Ireland's equivalents of soccer hooligans

Black & Trans said:
Sue a dog, get a flea. They are in one the act, from the Peace Process gravy train. Anonymous gob shites, Ireland's equivalents of soccer hooligans
Click to expand...

There's an elected TD liking this intimidating graffiti and egging it on over, ironically one of his own constituents. Why isn't he being sued?
Last edited: Jun 22, 2020
I

White Supremacists have taking over a farm in West Clare.

Donegal Relative Responds to the Defacement of Republican Memorial

IrishJohn said:
White Supremacists have taking over a farm in West Clare.

When Ireland is Taken from the Irish People ! There Will be Blood ! There Always Has Been and There Always Will Be.

I wonder why he isn't suing these people?
Click to expand...

Status
Not open for further replies.