Marrying a child is not paedophilia says ECtHR

Deceptive nature just like the Mohammadans you worship - Taking one line out of context.

The reply in full does indeed contradict what you are talking about, when you understand the surrounding expansive context of my reply, which clearly illustrates the consequences of your point.

Who defines that paedo philia, has to do solely with a strict demarcation line of a abiological physical/chemical manifestation within the body. While those physical/chemical changes can occur in young children - leaving them according to you defined as not-children yet clearly still physically (and emotionally and psychologically) incapable of bearing children themselves.

As already stated very clearly to you. Sex with a child who has puberty at 6 is still paedophilia. The child regardless of puberty has all the physical, emotional, psychological attributes of a child. For anyone to say, well the definition says she is not a child, so, eh, while it is rape, it is not pedophilia.

Incorrect - why?
Because it adheres to the degenerate notion of "sex-with-a-child" and adheres to the fucked up dysfunctional desires of an individual who still sees the pubescent 6 year old, as a child.

Your devious playing around with a word, ignoring the biological realities for children, which is most likely motivated to defend Mohammadans in their proven mass-atrocities in the UK of Muslim gang-rape of children many of whom were vulnerable 14 year olds, is extremely dangerous and puts children at risk as well as adding impetus to the cultural-marxist aim to normalise pedophilia and the abhorrant sexualisation of children at ever younger ages.

SwordOfStCatherine said:
There is debate over her age at the time. Anyway why are people so sure that she ever existed? The willingness to take certain Islamic sources at face value by the "Counter Jihadists" is something that I have always found problematic. Mind you I do wonder if the "Iman of Peace" Tawhidi is going to be able to persuade any of his new friends that Islam would have been all teddie bears and cucumber sandwiches if the "Party of Ali" had won out.

A Hadith Scholar Presents New Evidence that Aisha was Near 18 the Day of Her Marriage to the Prophet Muhammad
Click to expand...

You're another fkn Mohammadan worshipper on here, pretending not to be.
At every turn, at every opportunity, you defend them no end.
Forget your odd sop, and pretence at critical "nuance" of Islam, bs - all a show, a few crumbs to throw the majority nationalist membership on here.

Doesn't matter whether Mohammad or Aisha existed, Muslims believe it and live their lives by it and rape non-Muslims according to it.
Your defence of Islam and equivocation of their atrocities against Westerners and others, is abominable, you're not only a fkn disgrace, you are a traitor and enable attacks on Europeans by this vile sick fkn cult.

After having this dream about Aisha (who couldn’t have been more than six years old at the time), Muhammad proceeded to ask her father Abu Bakr for her hand in marriage. Abu Bakr understandably objected at first, but Muhammad was able to persuade him to consent.

Sahih al-Bukhari 5081—Narrated Urwa: The Prophet asked Abu Bakr for Aishah’s hand in marriage. Abu Bakr said, “But I am your brother.” The Prophet said, “You are my brother in Allah’s religion and His Book, but she (Aishah) is lawful for me to marry.”
Click to expand...

Sahih al-Bukhari 3896—Narrated Hisham’s father: Khadija died three years before the Prophet departed to Al-Madina. He stayed there for two years or so and then he wrote the marriage (wedding) contract with Aishah when she was a girl of six years of age, and he consummated that marriage when she was nine years old.

Sahih Muslim 3310—Aisha reported: Allah’s Apostle married me when I was six years old, and I was admitted to his house when I was nine years old.

Sahih Muslim 3311—Aisha reported that Allah’s Apostle married her when she was seven years old, and she was taken to his house as a bride when she was nine, and her dolls were with her; and when he (the Holy Prophet) died she was eighteen years old.

Sunan Abu Dawud 2116—Aishah said: The Apostle of Allah married me when I was seven years old. (The narrator Sulaiman said: Or six years.) He had intercourse with me when I was nine years old.

Was Muhammad a Pedophile?

For the Western mind, one of the most disturbing facts about Islam is that its founder had a sexual relationship with a nine-year-old girl...

Tadhg Gaelach said:
Why are you conflating the biological fact of puberty with the legal concept of consent?
Click to expand...

Again chop and de-contextualise the point.
That's not what the point was and you know it.
You are well on your way to becoming a Mohammadan, they are just as sly and devious.

Myles O'Reilly said:
Although Ms Atlantean shouldn't have mislead me to believe she was a man, she is totally correct here.
Click to expand...

No-one misled you, have you proof I am a Ms?
This is your own take on stuff, like with the O'Ma.ll.ey thing.

Other than that - yeah, if a child has puberty at 6 - apparently if she is then preyed on and raped......that is not pedophilia, despite the child meeting real defintions of being a child, even biologically as her hip bones would be broken in child-birth if not kill her outright.

James Dawson said:
Sword, it's probably not in the Oxford dictionary but I think we're on the page about what a counter jihadist is.. Have you ever heard of the term 'stealth jihadist'?
Click to expand...

Stealth-jihad is not some outlying eccentricity - it is one of the main, central tenets.
Islam is based on the notion of stealth jihad.
It is how it got it's start, and how it conquers new people and ground.
There is no moderate Islam.

People would do well to understand the nature of the enemy that wishes to devour them.
......to repeat, there is no moderate Islam.
F

Minimisation and equivocation of the Mohammadan molestation and pedophile-excusing cult - breeds this shit.
You may wonder why globalists are pushing Mohammadanism as the popular cult of choice - bcz its tenets are degenerate given the respectability of a mass following globally, which veils the globalists and cultural marxists (Daniel Cohn-Bendit being an example) ambitions of getting their sick twisted hands on children and normalising it. 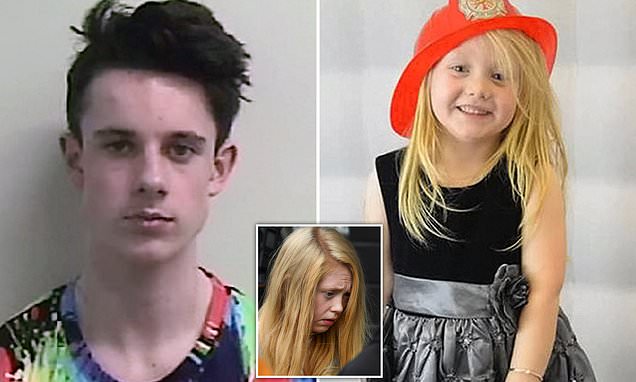 Teen who raped and murdered Alesha MacPhail to appeal against sentence

Aaron Campbell, 17, was ordered to spend a minimum of 27 years behind bars for killing the schoolgirl during a holiday on the Isle of Bute last summer.

James Dawson said:
You need to chill out.. Really, really, really.. you do.
Click to expand...

You need to get real.

As stated, the globalists love Mohammadanism Guest post by Peter Imanuelsen, more commonly known as Peter Sweden The well known soda company Coca-Cola is launching a new campaign in Norway to promote the Islamic fast of Ramadan, complete with a brand new logo reports Dagbladet During the campaign, the classic Coca-Cola logo will change to...