If there is a majority of Conservative MPs on December 13th, I guarantee I will get our new deal through Parliament. We will get Brexit done in January and unleash the potential of our whole country.
‍
I guarantee:

Extra funding for the NHS, with 50,000 more nurses and 50 million more GP surgery appointments a year.

Reaching Net Zero by 2050 with investment in clean energy solutions and green infrastructure to reduce carbon emissions and pollution.

We will not raise the rate of income tax, VAT or National Insurance.

If Jeremy Corbyn’s Labour and Nicola Sturgeon’s SNP team up and take control on December 13th, we will have two referendums on Brexit and Scotland in 2020

Please support a majority Conservative Government so our country can move on instead of going backwards.

We Will Put You First
Getting Brexit done. Investing in our public services and infrastructure. Supporting workers and families. Strengthening the Union. Unleashing Britain’s potential.
The future is there for us to grasp. Not a future in which we endlessly refight the battles of Brexit and the Scottish independence referendum, or in which Jeremy Corbyn and John McDonnell – propped up by Nicola Sturgeon – lead a Government which rejects everything that has made the UK great.

The Conservatives offer a future in which we get Brexit done, and then move on to focus on our priorities – which are also your priorities.

Because more important than any one commitment in this manifesto is the spirit in which we make them. Our job is to serve you, the people. To deliver on the instruction you gave us in 2016 – to get Brexit done. But then to move on to making the UK an even better country – to investing in the NHS, our schools, our people and our towns.

Given the Parliamentary arithmetic, a vote for any other party or candidate is a vote for Jeremy Corbyn – and a vote for chaos and delay. We need to end the paralysis so we can do our job in the way you deserve. That is why we ask you to vote for a Conservative majority Government on December 12th.

So that together, led by Boris Johnson, we can get Brexit done, and move on to unleash the full potential of this great country. 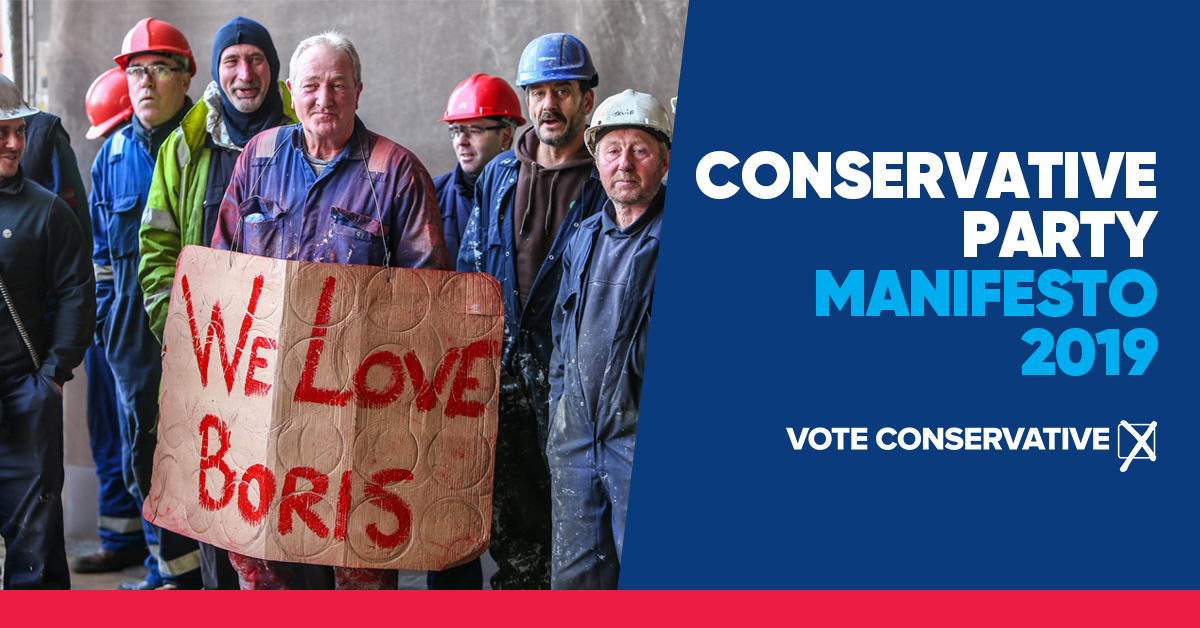 Our plan to get Brexit done and unleash Britain's potential. Read the Conservative Party Manifesto.

This election will shape our country for a generation. It is your opportunity to transform our country, so that it works not just for a few, but for all of us.

Our manifesto is the most radical, hopeful, people-focused, fully-costed plan in modern times.

This is our chance to tackle the climate emergency, to end food bank Britain and to rewrite the rules of the economy so it works for everyone – not just the billionaires.

This is our chance to deliver a million genuinely affordable homes and a million climate jobs across every region and nation of the UK.

It’s our chance to do all of this, and so much more.

Our manifesto sets out how a Labour government will deliver the transformative change Britain needs.

Labour is on your side. Jump in and find out more. It's time for real change

Now that the Prime Minister has said we will not extend the transition beyond 2020, and he will go for a Canada-style free trade deal without political alignment, I have decided to put country before party and not oppose Boris Johnson.
This ensures that this general election will not result in a hung Parliament and second referendum.
We will target Labour and Remainer MPs and get a voice in Parliament to make the PM keep his promises

If you only read one thing about Boris Johnson’s deal, make it this.

At this election, Scotland’s future is on the line.

This one really matters. People are heartily sick of Brexit. And they’re fed up of Westminster too.

As an independent country in Europe, decisions can be taken by the people who live here – not by Tory governments we didn’t vote for.

Scotland is one of the world’s wealthiest countries. We’ll be able invest in things like the NHS, lifting kids out of poverty and a fair deal for pensioners – not on nuclear weapons and a hard Brexit. And we’ll be at the top table in Europe in our own right.

Tell your friends, family and followers you are voting SNP on December 12th by pledging your support. 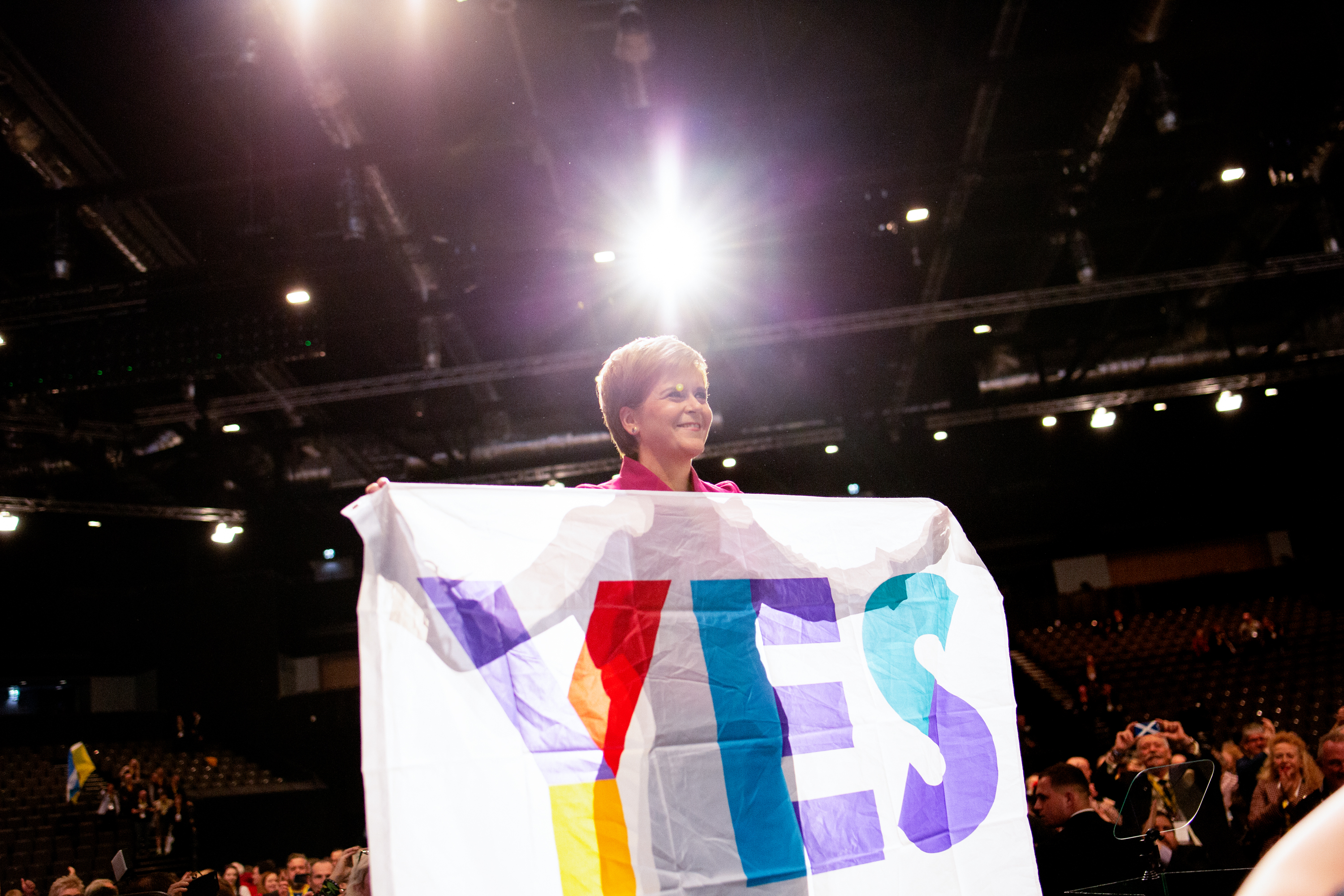