Ireland Lisa Smith is Back In Ireland (Arrested by Gardaí on Suspicion of Terrorist Offences)!

TW Tone said:
Please don't blaspheme.
It's a nasty habit of yours.
Click to expand...

Ah Jesus can you lay off telling me what I can do here.

Lisa Smith whatever you might think about her is part of the indigenous Irish Religious Right. I am surprised therefore that Hitchcock is white knighting for her.
G

whyfillaw said:
It will tell the public nothing, it will be a "whitewash" job, poor mouth performance.She will talk a lot but not say anything.She will be "coached intensively" so there will be no slip ups/incriminating material said.I don't expect a full face on camera interview, but rather the camera angle will be from over her shoulder from the back.It is the "Norm procedure" done in the UK and elsewhere when someone is facing trial.I would not hold my breath for any important revelations , the interviewer will not ask the hard questions because the person interviewed is potentially facing criminal charges and legal proceedings.Therefore a public TV trial is not allowed and the channel doing the interview will have to submit the questions to Lisa Smith'sr defense legal team before the interview.That's why the TV interview is going to be a "soft ,whitewash , butterflies and songbirds and bunnies interview", aka worthless
Click to expand...

Had to laugh when I read this headline. 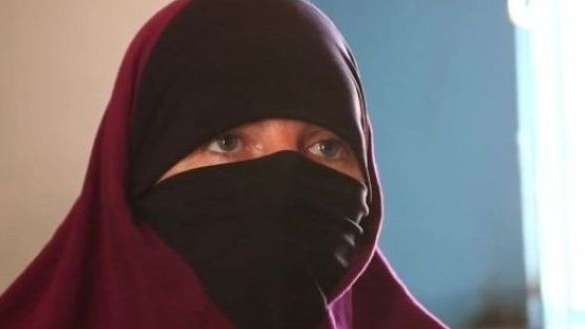 Going to a particular location is not a terrorist offence, says Darragh Mackin

Last time I checked, we were a common law jurisdiction.

She doesn't need to make any "case" whatsoever.
She doesn't have to account for what she was up to or who she associated with.
She's not obliged to answer any questions while being interviewed by the Gardai.

There's literally nothing they can charge her with unless she volunteers the information herself or a reliable witness magically materialises out of thin air.

All she has to do is keep her mouth shut and that'll be the end of it.

TW Tone said:
I wouldn't argue with your last sentence.
But as I think Field Marshal opined earlier, the proper course would be to hand her over to the legitimate authorities in Syria, i.e the Syrian Arab Army and police force, for interrogation. She invaded their country. Striking that in the discourse of worthless Irish journalists (sic) there is no mention of that salient fact, and no reference to the role of the Syrian government in all this.
Click to expand...

I am curious also about why the local authorities didn't want her and the only thing I can think of is that they just want all of them out of the country.

genememe said:
Had to laugh when I read this headline.

Going to a particular location is not a terrorist offence, says Darragh Mackin

Last time I checked, we were a common law jurisdiction.

She doesn't need to make any "case" whatsoever.
She doesn't have to account for what she was up to or who she associated with.
She's not obliged to answer any questions while being interviewed by the Gardai.

There's literally nothing they can charge her with unless she volunteers the information herself or a reliable witness magically materialises out of thin air.

All she has to do is keep her mouth shut and that'll be the end of it.
Click to expand...

She is a known member of a religious sect which is out to bring us back to the Stone Age which is reason enough to detain her.
G

Rommel said:
She is a known member of a religious sect which is out to bring us back to the Stone Age which is reason enough to detain her.
Click to expand...

But unless the DPP are confident that they have a strong enough case to have her prosecuted for committing a specific offense there's phuck all they can do.

I'm not saying that I agree with this state of affairs, but this is the fact of the matter.

There's literally nothing they can charge her with.
M

Has anyone floated the idea of a rehabilitation course ? I know it didn't work out too well in London a few days ago but I'm sure the Irish government will be the first to succeed.

Hitchcock said:
It's not practical, I'd start with their leaders Bush, Blair, Rumsfeld, Cheney and the rest of the butchers but then I'm not advocating Smith be handed over to the Syrians...what about yourself GD and opinion on the matter?
Click to expand...

Same rules for all. No US invading armies allowed through Shannon.
None of their shocktroops in ISIS allowed in either. No exceptions.
We know that the US and Saudis etc armed and financially backed ISIS
in order to destroy Syria and oust Assad.

I'm with you on stringing up Bush,Blair,Rumsfeld,Cheney.
I'd add Obama for being the first president at war every single day of a two term presidency,
for the failed state of Libya and for his "drone tuesdays" and other drone warfare programs.
Hillary Clinton for Libya, Bill for bombing the balkans and repealing Glass Stegall
And I'd throw the evil Kissinger in there if he's still alive.

But Smith should also face trial in Syria for being a member of ISIS.
It's a far worse offence than being in the "real IRA" and how would that get you treated here?

We'll never know what she got up to over there. They slaughtered and ethnic cleansed
and tortured and traded Yazidi sex slaves and they along with Al Nusra
(and with backing of the US/UK/Saudis/Qatar/Turkey/Israel)
basically destroyed the entire nation of Syria.

She was Irish army trained.
Only a moron would believe that ISIS would let that training go completely to waste.

We are hard on TV licence / dole cheats here but if you get involved in murdering and raping people
in a terrorist organisation abroad then you get millions spent on ensuring you get treated fairly.

She's a ticking timebomb if we let her free here. Some people may die as a result
And/or she might radicalise her kid and others here too. Or organise a cell here.
Give her kid to her relatives to mind. Lock her up for a long time. Preferably in Syria.

While we are giving her up for trial there, we could probably pay the Syrian government
compensation for our part in allowing 30+ of our citizens to end up in ISIS destroying their country.
This could probably come out of our foreign aid budget.

In fact all countries whose citizens were fighting in Syria with ISIS should pay compensation to Syria
to help them rebuild. And as part of their reparations they should also give their support to the lifting of sanctions on Syria by the US etc
and object to the US stealing their oil fields so they can actually afford to get on with it
"If they can get you asking the wrong questions, they don't need to worry about the answers." -Thomas Pynchon
D

Hitchcock said:
Ah Jesus can you lay off telling me what I can do here.
Click to expand...

I shouldn't have to do what your parents seem not to have done.

Hitchcock said:
Oh, the persistent islamophobic/xenophobic bullshit - I would have thought that was obvious.

So she went to Syria with her husband, I've no idea about the three others you're alledging but so the fu_ck what? She is being interviewed by the guards and if she has broken and laws she'll be sent forward for trial as is her right and she will be able to put forward her side of the story.

That may be the case but one cannot hold her responsible for the crimes of some guy in London.

Thankfully we don't live in the type of fascist dictatorship you seem to be eulogising, she is entitled to a trial and what will be will be.

The hysteria over Smith is amusing when one considers that this state has and continues to allow US soldiers traipse back and forth through Shannon fresh from massacering innocent people, not a peep from the likes of you on that front....
Click to expand...

"So she went to Syria"


Even for you that is funny. Isis went on a religious killing spree over there in case you hadn't noticed and is an organisation which needs to be wiped from the face of the earth and the people who are members need to be locked away, I'm on about just Isis and it's followers and not all Muslims before you jump the gun.

And comparing her to the USA just shows how far from reality you are removed, they are one of our strongest allies and the port of call for many of our people since the days of th English genocide against us and as such we shouldn't do everything we can to help them.

Hell if they wanted to set up a detention centre in the country we should allow it no questions asked.
D