A Garda operation targeting a Nigerian money-laundering network linked to a €15m fraud saw 15 homes raided in five counties across the country.

Depressing to read this. God love the woman.

A Garda operation targeting a Nigerian money-laundering network linked to a €15m fraud saw 15 homes raided in five counties across the country.

Yikes....Talk about bad timing for that to come out.

Custard Surprise said:
Yikes....Talk about bad timing for that to come out.

Still relevant, considering we have no reports of a trial.

Swords Driver said:
Still relevant, considering we have no reports of a trial.
Click to expand...

Also worth noting, one of the biggest welfare fraud case was by a Nigerian couple in Kildare a few years back. 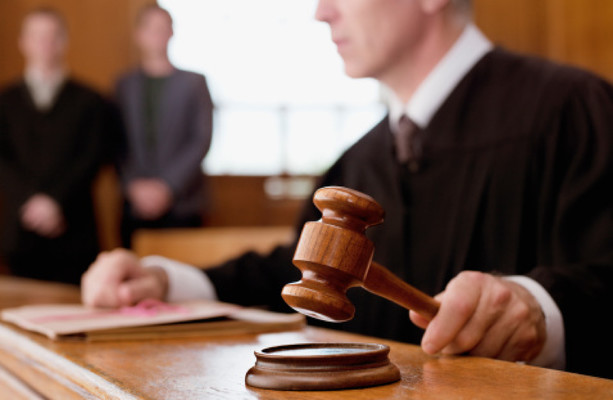 The couple claimed rent allowance to pay off a mortgage that the husband got under a false name.

www.thejournal.ie
​
"Overall, Kenneth Gboboh had fraudulently claimed more than €4,000 in jobseeker’s allowance and fraudulently obtained a mortgage of over €240,000. Franca Gboboh had claimed jobseeker’s allowance of more than €132,000 and rent allowance of almost €49,000. The court also heard that since the State stopped paying rent allowance the couple, who have four children have run up €40,000 in arrears on the mortgage."​

He’s getting fax payer funded legal aid so he is not working! (Legally) A man tricked people into posting him high-end electronic goods by making them believe they had already been paid for the items, it has been alleged.

Where is RTE?
Not a word about this.
RTE BIAS

Vote 4 Change said:
Where is RTE?
Not a word about this.
RTE BIAS

That is West Dublin , Vlad the unelected closet gay (until he slimed into the top job) abortion Taoiseachs patch,

Not one single Irish person has been "enriched" by third world bogus immigration,, how on earth could a third world Country "enrich" anybody but themselves in the first world, the billions it has cost us and yet another housing crisis to boot , plus the next one ?? will be fake news reported but Bertie and Vlad will get away with it for a few more years,, these two fookers represent the very worse Ireland has to offer,

I have finally changed my mind after recent events, Vladkar now overtakes Bertie as the WORST TAOISEACH EVER to infest and infect the Irish people with their diseased psychopathic narcissistic illness,

These two fooking skrunts have done more damage to the Irish nation and its culture that all the Taoisigh before them combined,

A safe pair of hands and a steady forward looking ship is a leaders job,, instead we put TRAITORS and incompetents into office (Vlad was never elected by the people to lead) and FFG are a joke brand for hire living off past history,

It is time for younger more nationalist members (if there is any left) to challenge the leaders of FFG and take these fookers (Vlad/Meehole) out from within,, Vlad is the prime example of a psychopathic narcissist loser scheming his way up the ladder and doing everything to lick up to the libtard ideology and also stay in power with all the spin doctors and fake news,,

I just turn off the radio/TV when Vlad or the other little LIAR who likes up the Aras is broadcast by the lying fake news,

Get this stuff out on Social Medai and wake People.This information is the counter to RTE'S lies and omissions and their cuddly Teddybear version of reality regarding Multiculturism ,diversity and enrichment.!
1008 More Posts...
You must log in or register to reply here.
Share:
Facebook Twitter Reddit Pinterest Tumblr WhatsApp Email Link
Top Bottom