Leo Varadkar - Migration is a good thing for Ireland and enriches our society.

Vote 4 Change said:
Finlay calls a person a liar in this article but does not back up his own allegation that we “only” have between 1000 and 10000 Nigerians in Ireland according to cso. There is no-one fact checking this fake news.
Click to expand... 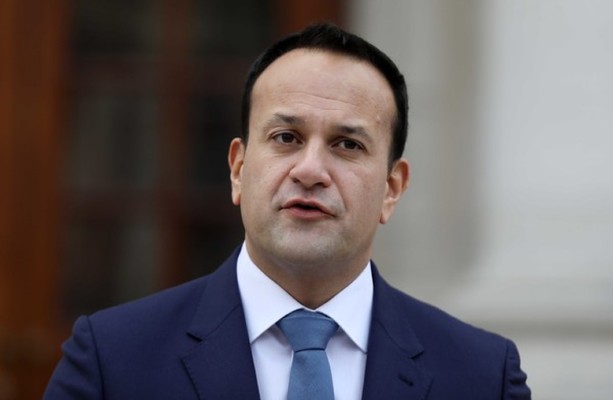 Leo Varadkar says the rules were changed to allow asylum seekers to work, therefore they should be allowed to drive to that workplace.

Those are the raw figures you’ll find on the Central Statistics website. Nearly 13% of our total population is non-Irish national. Scary, isn’t it?


volume is 80%volume is gedempt
Blue Billywig Video Player
At least, Áine Ní Chonaill thinks so. She’s the founder of a body called the Immigration Control Platform, a body that exists to frighten the lives out of the rest of us.

She was plonked in the second row of the audience at a wonderful summer school in Courtmacsherry in West Cork last weekend, and used the opportunity to spout some of the terrifying statistics above.

The summer school was named in honour of Máire Ní Sithigh, a writer and playwright and a friend of Padraig Pearse. I took part in a panel discussion on the last afternoon, with good and decent people more distinguished than I, and it was to us that Ms Ní Chonaill addressed her devastating question.

Would the panel agree, she asked, that the fact that Ireland’s population now consisted of 15% immigrants was the root cause of our housing crisis, the demands on our health services, and all the other ills that beset us.

You could see eyebrows going up all around the room. 15%, people were thinking. How did that happen? How did we get there? All these foreigners, with their funny accents and religions and different coloured skin?


But of course it’s not actually like that at all. The 15% figure — itself an exaggeration of the actual Census total — is used to create an entirely false picture. It’s used precisely to conjure up an image of the kind of foreigners that your family wouldn’t be safe around.

And in that sense, it’s a lie.

Because guess what? Of those non-Irish nationals, 109,000 are here from our nearest neighbour, the United Kingdom. Some 280,000 or so from the EU. And about 137,000 are from the rest of the world — Americans, Canadians, Australians among them. The vast majority, believe it or not, pure white and English speaking.

And yes, some are from Africa, and some are from Muslim countries. It’s not easy to find exact figures, but there is a table on the CSO website that shows there are between 1,000 and 10,000 people from Nigeria here, as one example. All told, 156 countries have contributed emigrants to Ireland, but three-quarters of them come from just 12 countries.

The CSO website also helpfully tells us where they all are.

- they lost track years ago Fergus!
Click to expand...

Email news@examiner.ie and ask for a link to the immigration figures being quoted.

Leo Varadkar says the rules were changed to allow asylum seekers to work, therefore they should be allowed to drive to that workplace.

This man is obsessed with giving away our Homeland. Hey Varadkar what about statements on affordable housing, deportation of fraudulent asylum seekers and better healthcare for the working poor?
T

ShumanTheHuman said:
We can't supply the capital city with drinking water but according to the likes of Finlay we can solve the worlds problems
Click to expand...

You could solve the problems of the world if you were getting €100k+ to appear in the media every now and again and wax lyrical, he's a failed higgins/robinson, didn't quite make the grade.

Vote 4 Change said:
Yesterday, I read that Varadkar said “we wouldn’t have a health service without migrants”. I can’t find the source of the is quote. If anyone has it please post up thanks.
So let’s dive a little deeper into this.
The State educates Irish Children in primary, secondary and college till they are 21ish.
The Irish parents financially support their children for these 21 years.
Then these educated children leave Ireland because they can earn more and have better conditions on a foreign country.
Then we bring in low paid migrants with Foreign qualifications into Ireland.
This is the health service that Varadkar says we can’t run without migrants. This is the system they say is not the great plantation of Ireland.
Our Irish children will never return to their Homeland.
I won’t even mention the countries where these migrant workers are leaving. They are experiencing the same brain drain.
Varadkar says migration enriches Ireland. Really? He cannot be trusted.
Click to expand...

Let me nip that nonsense in the bud right there,
We haven't got a health service, has he forgotten about all the people on trollies and waiting for consultants,
Further there are immigrants working the health service who are actually causing harm,me wife is a very well qualified rnid/psych nurse, qualifications she worked hard to get to help.people, not for money but to help.people, she is a fool but a good fool, she is work with vulnerable people who are being looked after by unqualified staff.

There's a tipping point we are heading to and that tipping point will lead ordinary people to violence if this keeps up.
I see today varadakr wanting to have "asylum seekers" driving,at our expenses.

Go fuck off you c#nt.

No fucking more of this shit

congress_tart said:
There's a tipping point we are heading to and that tipping point will lead ordinary people to violence if this keeps up.
I see today varadakr wanting to have "asylum seekers" driving,at our expenses.

Go fuck off you c#nt.

No fucking more of this shit
Click to expand...

Fianna Fáil’s Robert Troy said there had been no movement on the issue from the Department of Transport in the past 18 months, noting the department states it is reviewing the matter. FF pushing for illegal foreigners too.

Son_of_Tuathal said:
'Enriching' is post modern new-speak for 'turns into a violent shit-hole unsafe for natives'
Click to expand...

Has he ever heard of the law of diminishing returns,
Once immigration reaches a certain critical mass it is bad for the native population
J