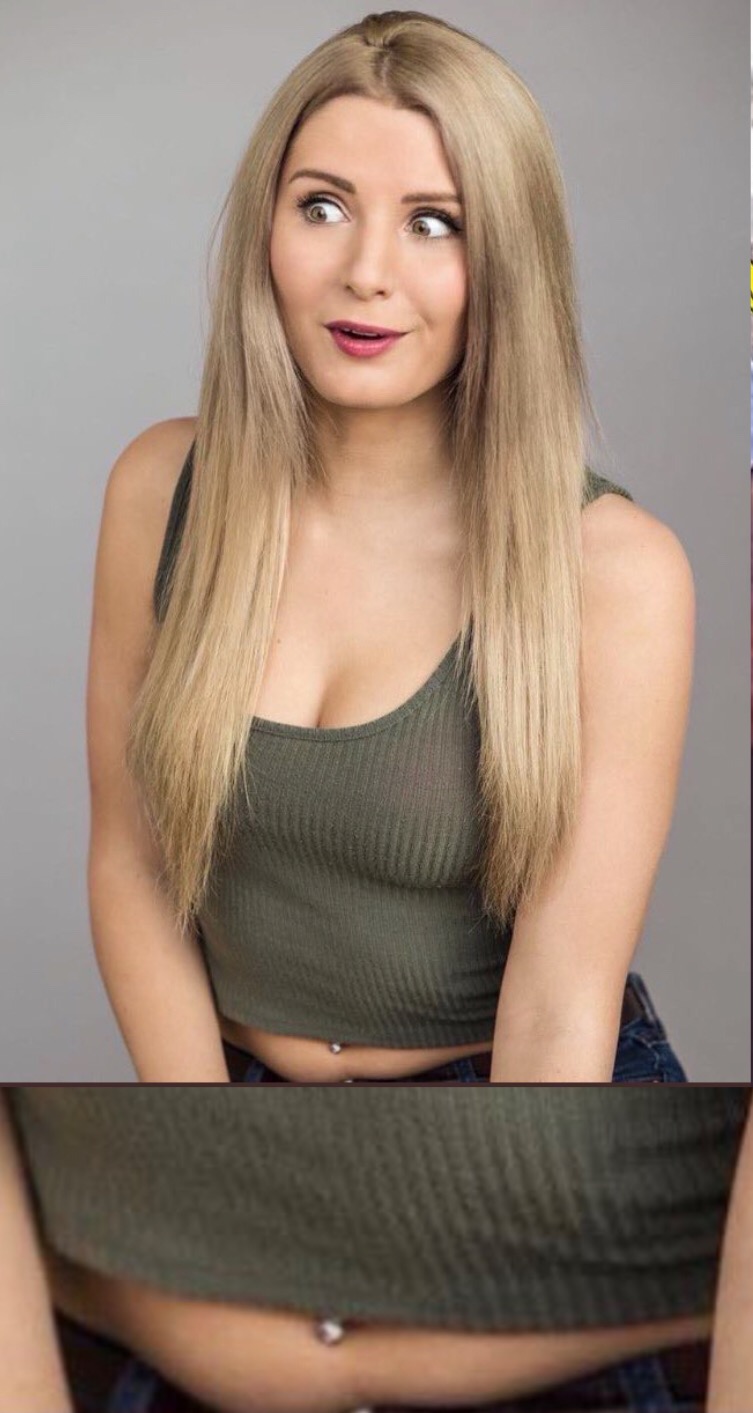 The weak must fear the strong.
P

This made my jaw drop. I'd say there's some worried Alt-Right wives out there.

Southern, famously, writes very little of her own material, and has often embarked on sexual liaisons with men who have helped her with video scripts or notes for her content.
Click to expand...

I don't really see the big deal about the belly button piercing. I mean we all knew that she did not come from a Traditionalist Catholic or Auld Licht Presbyterian background so expecting her to behave as if she did all the time was kind of asking too much.

parentheses said:
This made my jaw drop. I'd say there's some worried Alt-Right wives out there.
Say Farewell to the Klepto Queens of the British Far-Right
Click to expand...

She's no nun, but the idea she's nefarious enough to bed her scriptwriters in gratitude for scripts she can't write herself and then have her team extort them sounds like drama queen gossip to me.

TheWexfordInn said:
Eh? Doesn't look like that to me. Leftists appear to be unanimously in favour of having a big Government using all the force available to the state to enforce approved conduct on the masses and creating Gulags for those who fall foul of their dictated correct behaviour and inventing new crimes to allow them to persecute citizens who dont actually do anything wrong but just say the wrong thing or think the wrong thoughts.
The left beleives that people cant be trusted and need a big coercive state to keep them in order.

Meanwhile the right believes in leaving everyone alone to say/think/do their own thing just along as they don't in any way seek to enforce their views on anyone else or do anything to stop any other citizen doing/ saying/ thinking anything they like.
The right believes that people can be trusted so there is no need for a big state to keep them in order.
Click to expand...

And the huge military budgets and links with huge private tech corporations spying on all the minutae of your lives
and storing it in huge data centres and making it easily available to your right wing governments is about what exactly?
Or the shrinking media ownership while it spouts 24/7 propaganda supporting all the wars?
Fascism, and a police state, that's what. That's where right wing thought inevitably goes because guess what?
Fascism is great for corporate profits. In fact Mussolini defined it as the merging of business and state interests

Your naivete is touching. You only see bad in one ideology while remaining totally blind to the same or worse flaws in the other!

Truth is both right and left have a bit of a problem with leaving us alone. Political classes of both wings need to wind their necks in a bit
and concentrate on just helping to look after their citizens which presumably is the main reason we have created a society in the first place. Whether the government is of the left or the right. Otherwise what exactly is the point of a society or of giving power to any government?
Last edited: Jun 12, 2019
"If they can get you asking the wrong questions, they don't need to worry about the answers." -Thomas Pynchon

Well, the boy seems to have had an awakening.

His former comrades no doubt won't easily forget the betrayal.

The frenzied attacks being made on him are verging on the apocalyptic!

"... I want to tell my story and warn of how easy it can be for a regular person to become radicalised by the far-right on-line..."

This should be interesting... 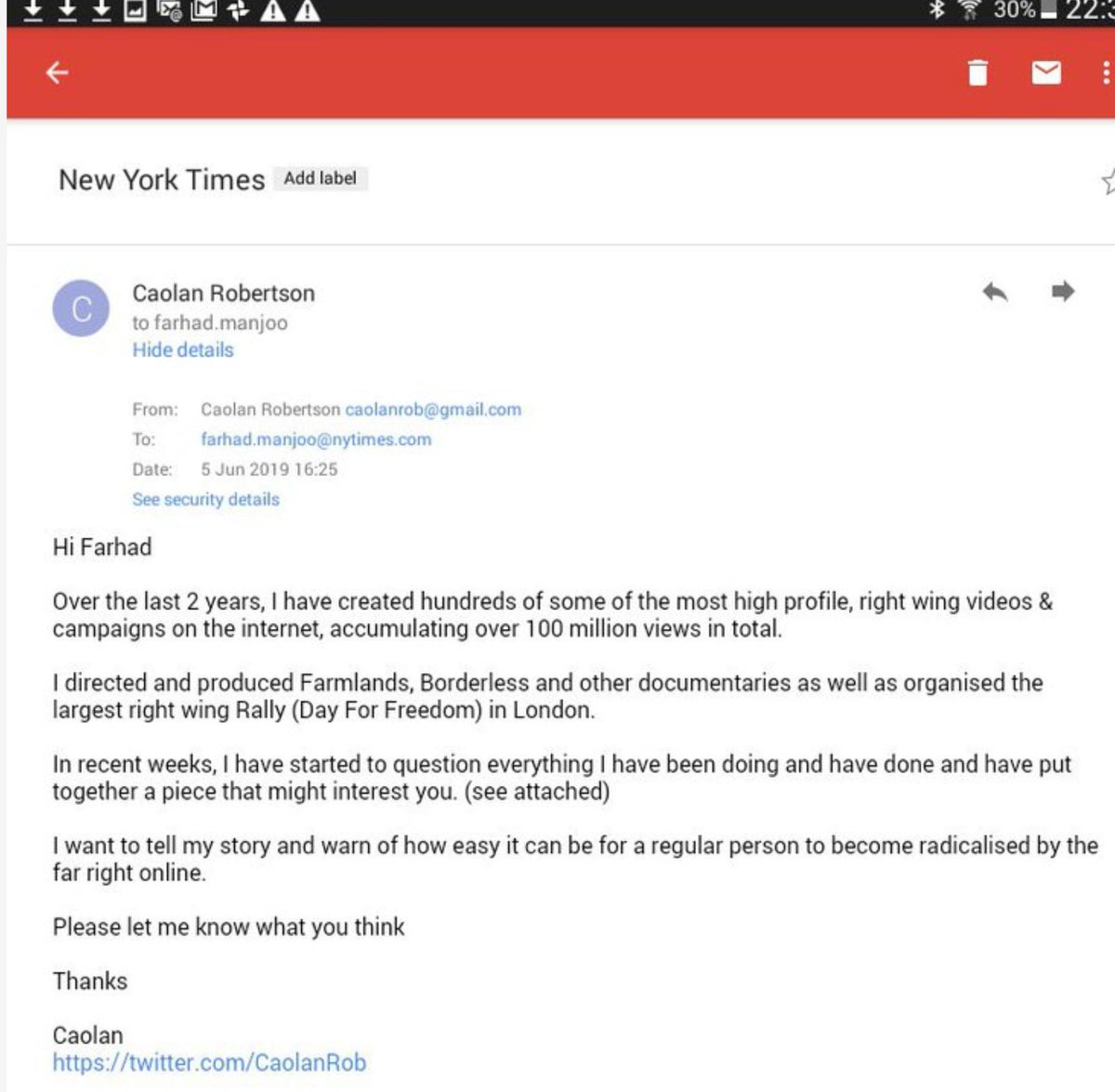 PS: I can also see now how so many of you oul' fellows on here were falling over Lauren Southern. She's stunning alright. Quite the little fantasy dolly bird I'd say for a lot of you.
One cannot really be Catholic & grown-up" (Orwell)

SwordOfStCatherine said:
I don't really see the big deal about the belly button piercing. I mean we all knew that she did not come from a Traditionalist Catholic or Auld Licht Presbyterian background so expecting her to behave as if she did all the time was kind of asking too much.
Click to expand...

She’s a talentless poser that was spouting about white family and being virtuous. A false front for public view while doing the exact opposite in the background. Textbook narcissism and now the trademark “retirement” AKA disappearing act until the shit blows over.
Lucifer Brown did the exact same thing and has reappeared hanging her old partners in crime.
Southern will appear again because she won’t be able to live without the attention.
OP

Bill The Boer said:
PS: I can also see now how so many of you oul' fellows on here were falling over Lauren Southern. She's stunning alright. Quite the little fantasy dolly bird I'd say for a lot of you.
Click to expand...

roc_ and Speedfreak your co-tribalists have pushed wild demonization of Islam and Muslims right across it's spectrum outside of the most bought and sold "Reformers" who market themselves to neurotic Zionist Jews as wealthy as they are paranoid and as paranoid as they are basically stupid so you might want to have a chat with them about radicalizing people online next time you bump into them in Shul, eh what? Tadgh on the other hand who you lot see as planning a re-run of the Shoah is generally nuanced in his approach to things. I do not blame you for your lack of self-awareness, I do however blame the bourgeois Gaels who out of itself a neurotic fear of not wanting to seem "anti-Semitic" have clearly indulged your neurosis exacerbating it no end.