Jordan Peterson has checked into Rehab 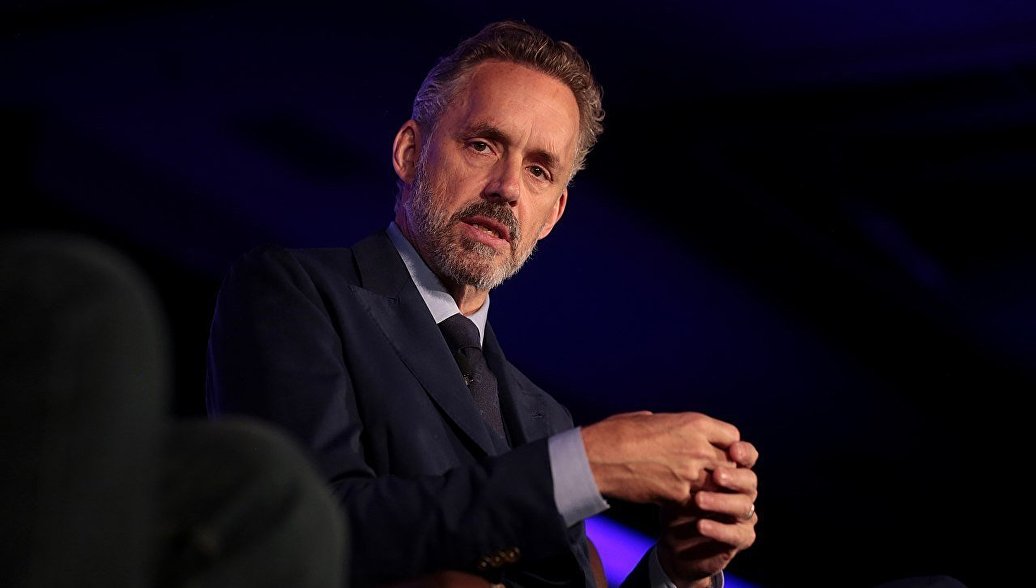 Apart from dealing with criticism regarding his view on political correctness, the Canadian professor came under pressure this April after his spouse of 30 years was...


Psychology Guru Jordan Peterson Checks Into Rehab After Drug Treatment Amid Wife’s Cancer Scare
​
Apart from dealing with criticism regarding his view on political correctness, the Canadian professor came under pressure this April after his spouse of 30 years was diagnosed with terminal cancer and underwent complicated treatment. To cope with it, he was prescribed Clonazepam but struggled to take himself off of it.
Jordan Peterson’s daughter Mikhaila has revealed her renowned father had entered a rehabilitation facility in New York, struggling to get an anti-anxiety drug out of his system. The problem with Clonazepam, which his family doctor put him on as the author of self-help best-seller and numerous lections tried to cope with his wife Tammy’s cancer treatment, began after a difficult time for the Petersons.
As Mikhaila Peterson, who has a thousands-strong YouTube following herself, explained in her recent vlog, her mother was diagnosed with terminal cancer in April, followed by surgical complications and exhausting treatment, which resulted, however, in a recovery she described herself as “miraculous”. After this was over, Jordan Peterson wanted to wean himself off the prescribed medication, but the withdrawal turned out to be difficult.
"The situation is really sad. He looks like a lost puppy. But it will only last while he gets this horrible medication out his system and then he will be good to go again," Mikhaila said in the video, sticking to her father’s maxim of being truthful and explaining that they would not like people to find out about it from tabloids.
She also shared a video of her visiting Jordan Peterson in the facility with her toddler daughter along with a short clip featuring her mother, thanking Peterson’s fans for their support.

The controversy around Peterson, who suspended the tour for his best-selling 12 Rules for Life: An Antidote to Chaos and delayed publication of his next book over his wife’s disease, entered the spotlight only recently after a feature documentary about him was dropped from a scheduled showing at Toronto’s Carlton Cinema over “one or more” staff complaints. Patricia Marcoccia, the director of the documentary, also revealed that her company faced challenges “simply because of the subject matter being Jordan Peterson,” as it has tried to reach out to both mainstream and arthouse movie theatres in North America.

The University of Toronto professor, who is now a bestselling author and a YouTube star, gained nationwide – and later international – prominence after posting a series of videos in 2016 criticising government policies mandating that people addressing transgender persons refer to them by the gender they identify with rather than in accordance with their biological sex. Besides gathering a huge fandom around the globe, he also became a target for criticism over his views from left-wing activists.

My cure for anxiety ,depression and the everyday travails and kicks in the balls of life is a pint of plain,never fails to give me a feeling of contentment.
My 12 Rules for Life are 12 pints of Beamish daily.
M

Not surprised in the least.

I'd say the pressure he placed himself under was monumental.

I wish him a speedy recovery.

Most Pharma drugs are absolute poison you would be safer drinking alcohol than taking those drugs to deal with stress.

A "facility in New York"?

With all the guru books he's done, you'd think he'd know enough not put his mental health to the mercy of a bunch of crazier libs.

This guy has got it all wrong.
F

GUEST
Being addicted to drugs (because of his wife's cancer) sounds like a pretty good way for him to (publicly) shed some more tears.

Call me a cynic
F

The Potato Mystic said:
This guy has got it all wrong.
Click to expand...

This guy's ego was massive. A common trait of coke heads.
"If they can get you asking the wrong questions, they don't need to worry about the answers." -Thomas Pynchon

Tragically she has emigrated (though I am still in touch with her) but the most noble Gael I have met was a convert to Eastern Orthodox Christianity who used Jordan Peterson's popularity among both "Conservative" (as opposed to Traditionalist) Catholics and Protestants in her argument that Latin Christianity was intrinsically corrupt.
F

SwordOfStCatherine said:
Tragically she has emigrated (though I am still in touch with her) but the most noble Gael I have met was a convert to Eastern Orthodox Christianity who used Jordan Peterson's popularity among both "Conservative" (as opposed to Traditionalist) Catholics and Protestants in her argument that Latin Christianity was intrinsically corrupt.
Click to expand...