Jim Fitzpatrick - anti racist and proponent of the New Ireland

Atlantean Irish said:
Why am I not surprised. PI resident marxist supports hardcore multicult celebs and plays the stock market.
Champagne with that?

Cunningham like most wankers on the big screen is a megalomaniac and as noted somewhere online is "best pals" with Johnny Ronan, the other treacherous arsewipe who is busy selling the Irish out, building commie block accommodation for the darkie prole imports Read, share and shape the news on TheJournal.ie - Breaking Irish and International News


but all double plus good to you eh. Quit name dropping, go over to your pal and tell him he will go down as a traitor to Ireland and will be lucky if he ain't hung in the treason trials.
Click to expand...

Fair play, AI, you're always good for a laugh. Did you know that Karl Marx played the stock market in his later years - and was quite successful too.
Shaheed General Qassem Suleimani
Murdered by cowardly criminals
Ar dheis Dé go raibh a anam dílis​
OP

Tadhg Gaelach said:
Fair play, AI, you're always good for a laugh. Did you know that Karl Marx played the stock market in his later years - and was quite successful too.
Click to expand...

No surprises given he was related to the Rothschilds:

The idea of Marx as a Rothschild shill…was raised as a concern by his contemporary rival in the First International, Mikhail Bakunin in 1869,[18][19] who was not even aware of the fact that Marx and Rothschild were cousins. Bakunin wrote presciently:

“This world is now, at least for the most part, at the disposal of Marx on the one hand, and of Rothschild on the other. This may seem strange. What can there be in common between socialism and a leading bank? The point is that authoritarian socialism, Marxist communism, demands a strong centralisation of the state. And where there is centralization of the state, there must necessarily be a central bank, and where such a bank exists, the parasitic Jewish nation, speculating with the Labour of the people, will be found. ”
Click to expand... 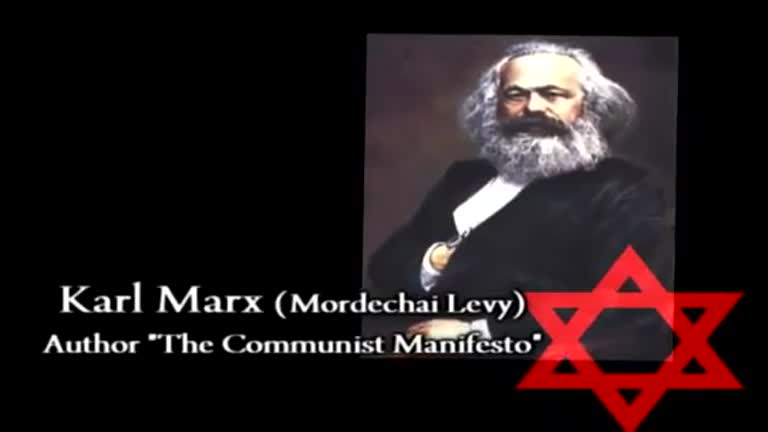 Son_of_Tuathal said:
No surprises given he was related to the Rothschilds:

Son_of_Tuathal said:
No surprises given he was related to the Rothschilds:

One of Marx’s grandparents was Nanette Salomon Barent-Cohen, who belonged to a wealthy Amsterdam family. Her cousin had married Nathan Mayer Rothschild and bore Lionel Nathan Rothschild, “Baron” and Member of Parliament for the City of London.
You must log in or register to reply here.
Share:
Facebook Twitter Reddit Pinterest Tumblr WhatsApp Email Link
Top Bottom