Beats running headlong into the arms of Hamas, Hezbollah, and the IRA...
A

BBC News - Margaret Beckett: I was a moron to nominate Jeremy Corbyn.
A

Jumping up and down for three years, demanding an election.

Now running away from it, like a chlorinated chicken!! Labour sent out “search parties” for immigrants in a policy which has created a “problem” for British people unable to find work, Lord Mandelson has admitted.
www.telegraph.co.uk

Lord Mandelson (whom you admire no doubt) the representative for the people who print money.
Click to expand...

Mandelson is a deeply sinister individual- he was the actual power behind the throne which Tony Blair sat on.
A

Boris looks to his friends in the White House, Berlin and Paris.

Corbyn looks to the Kremlin, Iran and Venezuela.

Any excuse to bump a thread linking the Labour leader to Holocaust denial, eh...

Masonteer said:
Any excuse to bump a thread linking the Labour leader to Holocaust denial, eh...

The link was established long ago, pal.
A 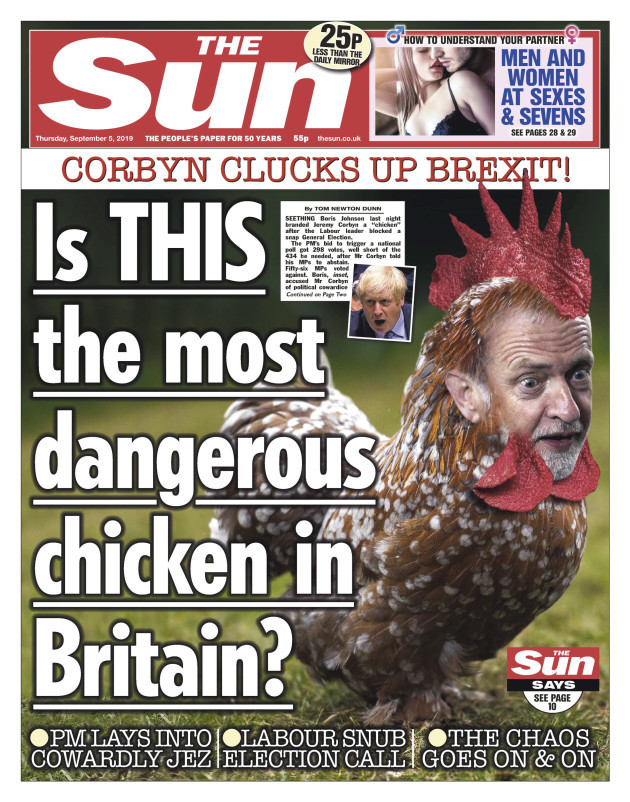 The 21 Tories who rebelled in the knowledge they would lose the whip and almost certainly end their political careers, have shown
more political courage than the entire Parliamentary Labour Party, which has spent four years representing an institutionally
racist party, and is now about to start campaigning to make an antisemite PM.
H