Blog iThe Paradise Files: Name and shame the elites who think taxes are for the little people

The latest Paradise files revelations are being spun by a servile western media
as "the Putin files". Quelle surpris. So were previous leaks like the panama files

But while the intent of these leaks may or may not have been an intelligence operation intended to smear Trump and Putin, posters here know that there are also thousands of other corporate and individual high profile tax dodgers implicated in this latest leak including such well known parasitical scumbags celebrities as the queen, Bono, Madonna, and George Soros.

As usual, the biased MSM will no doubt be concentrating on attacking Trump and Putin ad nauseaum while ignoring people they like.

So let's leave the whole trump Putin angle for them to flog to death and instead name and shame all these other BASTARDS who think taxes are only for the little people, and whom the MSM will largely ignore.

This being an Irish political website,
let's put special emphasis on any Irish elites we can unearth :smiley:

Unfortunately, the only repercussions the O'Carroll clan and Hewson and their slimey ilk are likely to get is a bit of hazing.

Anyway to get the ball rolling.....

The Potato Mystic said:
Unfortunately, the only repercussions the O'Carroll clan and Hewson and their slimey ilk are likely to get is a bit of hazing.

Anyway to get the ball rolling.....

Are the National Party going to call to take all taxes of those 3 necessities of working class life I wonder, like a good conservative part should.

If I could evade tax, I would. I'd prefer not to see my tax money bring used to pay for social welfare/rent allowance for immigrants or being spent on rolling out fibre optic broadband to a bungalow in the backarse of nowhere.
A

Life long Socialists like Robert Maxwell, Mick Wallace and Brendan O'Carroll have proved that taxes
are only for the little people.....
OP

Anglophile said:
Life long Socialists like Robert Maxwell, Mick Wallace and Brendan O'Carroll have proved that taxes
are only for the little people.....
Click to expand...


There are certainly a few hypocrites but on the whole by far the most tax dodgers are rabid capitalists.
Singling out a few proclaimed lefties amongst the multitudes of greed driven capitalist scumbags
grossly distorts that rather obvious reality

flawed character Mick wallace has subsequently done us great public service highlighting garda corruption
and dodgy property deals at taxpayer expense etc so in my book he has somewhat redeemed himself.

Brendan O'carroll is just a daft comedy writer/ actor who has done nothing to advance socialism in any noticeable way.
Hardly somebody equatable with the term "lifelong socialist"

Is that the best you can do to try and claim rather pathetically that socialists are somehow the most corrupt group in the paradise files leak
in the face of all the evidence to the contrary?

Almost as laughable as your regular "defences" of Israel's atrocious behaviour
"If they can get you asking the wrong questions, they don't need to worry about the answers." -Thomas Pynchon
OP 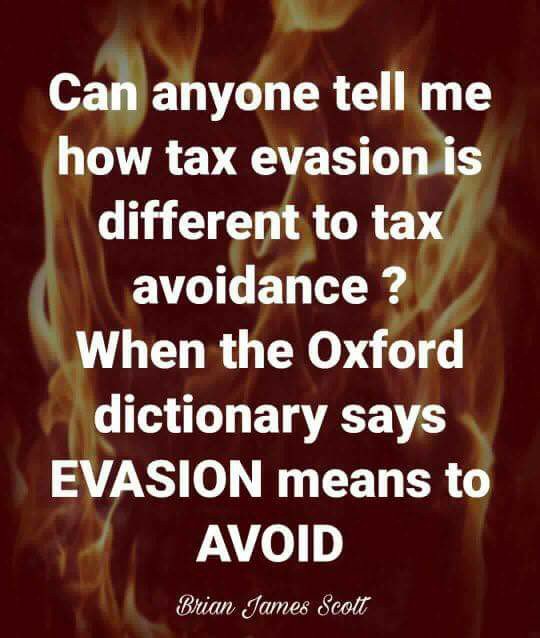