page61 said:
that is british history ..
Click to expand...

The Book of Kells 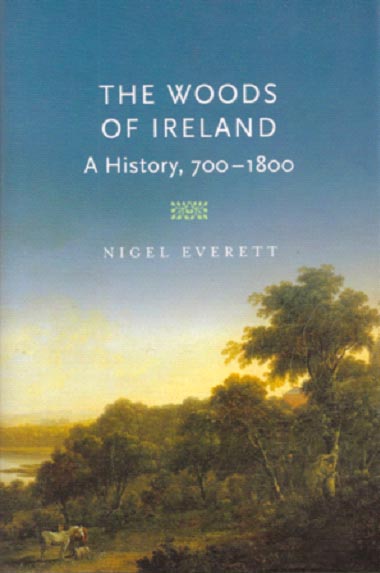 In these days of steel, concrete and plastic we have forgotten what a fundamental raw mat-erial timber once was. It was crucial to shipbuilding until the first iron-hulled vessels of …

In early Ireland trees were venerated, but were regarded as expendable when military considerations were paramount; ‘warriors hack passages through dense forests, drive their chariots over mighty oaks, or uproot … trees to serve as cudgels’. The ancient Irish law-texts outlined general standards for woodland maintenance, however, and apparently already included regulations to protect hazel coppices—coppiced wood, particularly hazel branches, has always been a significant raw material.

Felling of woodland intensified after the arrival of the Anglo-Normans in order to facilitate agriculture and settlement, and the settlers also needed trees cleared for security reasons; they went in constant fear, not unjustified, of Irish outlaws and rebels sheltering in the wastelands of forest, bog and mountain. In the first years of settlement, Henry II attacked Ireland’s forests and bogs ‘as barriers to conquest and repositories of rebellion’. Of the sixteenth century Everett writes that ‘Historians of Irish woods have been much taken with the idea of an arboreal “holocaust” ordered by a spiteful Queen Elizabeth’. He suggests, however, that orders for tree demolition may have been honoured more in the breach than in the observance.
Click to expand...

Maeve and the bull of Cooley - read by Ronnie Drew

For much of the recorded history of Ireland, the Brehon Laws were the established legal system and were thus applied to all matters of dispute settlements ranging from minor offences to the more severe charges of murder and treason. The Norman Conquest of Ireland and the subsequent Anglicanisation of many coastal regions brought the English practice of Common Law to Ireland, thus rendering the Brehon Laws void within those areas under the administration of the English and Norman authorities.

The Brehon Laws survived intact throughout much of Ireland all the way up to the 17th century. The Flight of the Earls and the Plantation of Ulster initiated by King James I of England saw the gradual eradication of the ancient legal system throughout the entire island from that point onward. To this day, Ireland's legal system, as with the former colonies throughout North America and the Antipodes is based on the practices and principles of the English Common Law.

In the below presentation, Pat Flannery discusses in an interesting manner the history of the Brehon Laws within Ireland.