Colonel Zachariah said:
Excellent Thread, a much over looked part of Irish history is the glorious defence of my home town in 1688/9, now everyone will be aware of the cry of No Surrender and the siege of Derry.
But few will be aware of the the events in Enniskillen (Inniskilling) at the same time.

The island town resisted all attempts to be subjugated by the Jacobite's, but unlike the siege the Inniskillingers took the fight to the enemy, protestants from, Sligo, Donegal, Cavan etc flocked to the Williamite stronghold...

In 1688 the inhabitants of Enniskillen took up arms in defence of their town against the threat of occupation by the forces of James II. The troops so raised, The Inniskillingers, Foot and Dragoons, were not content to sit passively behind the walls of their town but made repeated expeditions into the surrounding district to seek out and destroy the enemy. So successful was this force it was incorporated into the army of William III, in which the Foot became “The Inniskilling Regiment”, its Colonel being Zachariah Tiffin, and as such it fought at the Battle of the Boyne

In 1688 the inhabitants of Enniskillen took up arms in defence of their town against the threat of occupation by the forces of James II. The troops so raised,
www.inniskillingsmuseum.com

One raid collected over 3k cattle reached within 40 miles of Dublin and scared the bejayus out of James the caca...

Enniskilleners Raid Cavan and Meath, from 'Derry and Enniskillen in the Year 1689' by Thomas Witherow, D.D.

The Inniskillingers fought 38 engagements and suffered a score draw in only one, the greatest success was the battle of Newtownbutler...

The cavalry could make little headway in the face of the cannon fire down the road, and so the fight was left to the infantry. Advancing at first slowly through the bog, they resisted the onslaught of fire from the Jacobite infantry long enough to reach firmer ground, from which they dashed forward and engaged the enemy in a wild melee. The Jacobites were forced back, and the cannon that had been guarding the road was captured.

Berry saw his chance and charged down the road. At this moment, the battle was decided when the Jacobite cavalry on the top of the hill turned and rode away south, leaving the battlefield at speed. Speculation exists that, in the heat of the skirmish, a misheard order caused the cavalry to turn about and ride off when Mountcashel actually wanted them to come to the assistance of the right flank. Either way, the cavalry left the field.

The sight of this caused what elements of the Jacobite infantry that were still holding some kind of shape to break apart and flee southwards as well. The rout was a bloody affair for Mountcashel’s force, with the pursuing Williamite cavalry and infantry having an easy time picking off the individuals and small bands of men who were trying to escape. Many of them were trapped by the waters of the Erne, either forced to face the pursuing Williamites or drown in an attempt to cross it. The Jacobite cavalry was mostly able to escape, but the infantry were nearly all killed or captured. The losses are not recorded with any great accuracy, but the majority of Mountcashel’s army was destroyed: it is likely at least 2’000 men died at Newtownbutler, or left as prisoners of the enemy. The Williamite loses were comparatively low. 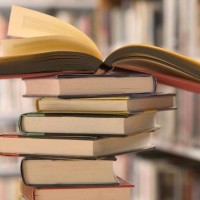 On the same day that the Mountjoy shattered the boom that was blocking the way to Londonderry, the town of Enniskillen had its own reasons to celebrate. Having beaten back the repeated but fairly p…

As luck would have it the battle was fought on the same day the Mountjoy broke the boom and lifted the siege and therefore has become forgotten History outside of Fermanagh.

Anyway such was the Inniskilling mens renown they were the only Irish troops William would have in his army at the Boyne.

At the Battle of the Boyne (1691), the Inniskilling Dragoons fought shoulder to shoulder with King William III himself, and the Regiment was constantly involved in the skirmishes which followed the battle.

Following this, the Inniskillings joined the army of King William III and over the next year fought at the Boyne, Athlone, Aughrim and Limerick.

After the Williamite war Enniskillen became the only Town in the UK to raise two regiments, both who also fought at Waterloo...

As the battle progressed, the Inniskillings position in the centre became more and more exposed and at the same time more and more essential to the stability of Wellington’s line. Had the regiment broken, the entire line could have been breached, the road to Brussels would have been open and the consequences disastrous. The regiment did not break. At about 1900 hours that evening, an officer of the Rifle Brigade, describing the scene, said, ‘The 27th Regiment were lying literally dead, in square, a few yards behind us’. By then the Prussians were arriving on the battlefield. Wellington was able to bring all his reserves into the line, and when Napoleon tried his final throw, an attack by the veterans of the Imperial Guard, it failed and the French army began to disintegrate.

Wellington later said, ‘They (the 27th) saved the centre of my line at Waterloo’.

Napoleon commented, ‘That regiment with the castles on their caps is composed of the most obstinate mules I ever saw; they don’t know when they are beaten’.

The 6th Inniskillings were part of the Union Brigade of Heavy Cavalry along side the 1st Dragoons (Royals) and 2nd Dragoons (Scots Greys) and commanded by General Ponsonby. At a critical point in the battle, at 2.00 pm, the two brigades of Heavy cavalry (the other was the Household Brigade) were ordered to charge a massive French assault of infantry and cavalry which was bearing down on the allied line. The charge of the Heavy cavalry saved the day. The Union Brigade smashed into the French infantry and then on to the artillery. But the charge carried on too far and the Inniskillings were attacked by fresh French cavalry and suffered heavy casualties:

In 1688, at a time of political and civil unrest in Ireland, the protestant citizens of Enniskillen and the surrounding counties raised units of volunteers to
www.inniskillingsmuseum.com
Click to expand...

that is british history ..
OP

This is my favorite thread on here ... what do you think of "The Danuna" (below vid)

Folks, if using material from other websites, please take the following two steps,

(A) All written material used from the website should be contained in a quote box.

(B) Provide a link to the source.

Some of that is by Jim Fitzpatrick.
He's a Mass Immigration fanatic, unfortunately.
OP

TW Tone said:
Some of that is by Jim Fitzpatrick.
He's a Mass Immigration fanatic, unfortunately.
Click to expand...

Search Google for this image is good if you want to check out more work from the artist, or if you'd like to view any particular image in a different size.
OP

The story of Cú Chulainn, read by Ronnie Drew

After 283 years, the last of the Penal Laws in Ireland has been repealed by proposals to restore power-sharing that was backed by Stormont parties on January 10. The proposals put forward by Tánaiste Simon Coveney and Northern Secretary Julian Smith will repeal the Administration of Justice Act...

After 283 years, the last of the Penal Laws in Ireland has been repealed by proposals to restore power-sharing that was backed by Stormont parties on January 10.

Treats of the penal legislation affecting Catholics in English-speaking countries since the Reformation.