This is one of my very first videos which I only recently found on an old hard drive.

YouTube banned the video almost 10 years ago citing copyright, yet there are countless versions of the Hitler Rant videos found all over YouTube. It's just for fun but does highlight the seriousness of replacing culture and heritage.

Its quite an old video, Brian Cowen was Taoiseach, but it was one of my first and I still find it funny if not worrying.


I am also finding lots of videos banned by youtube, I am uploading them to Daily Motion but also plan to upload them all to Bitchute too.

For now, you can find them on my Daily Motion Channel, 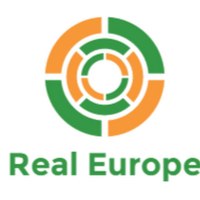 Thanks for viewing my Channel, Originally I began this channel as a Political Protest Channel for Ireland under the name Real Ireland, today the problems of Europe effect everyone and I have expanded my channel and renamed it Real Europe.This channel is dedicated to highlighting the Destruction...

Spoke to soon, Daily Motion banned it too! My most banned video, off to Bitchute it is then!
Last edited: Jun 23, 2020

You'd need to explain your OP as the Vid is down.
"I feel like the disaster was us joining the euro & now we are not in control of our own destiny.

Joking
"In a time of universal deceit, telling the truth is a revolutionary act". Orwell.