GUEST
Its the 21st Century and there are already man acclaimed TV shows that have shocked and provided enjoyment to us all.

From shows such as Lost, Battlestar Galactica and more recently Game of Thrones these TV shows have not only capitulated millions of us around the world to discuss these shows in new ways using social media they have spawned many of us to take up reading of books to further expand our enjoyment of the supported franchise.

If I had to choose I would say Game of Thrones.
OP
E

They call me a God

No idea what show this is, but I do enjoy watching Ian in American Gods, which wins my top show of the century.

Breaking Bad was a top show. The Wire was equally good. My fav probably was Battlestar Galatica. The recent miniseries Chernobyl was excellent.
The Flag stays, the Republic Stands, the 32 counties are ours, the immigrants can go home, the punt's coming back. Abortion never. European federalism can go to hell.
Seo libh canaídh amhrán na bhfiann​

I just couldn't get into American Gods 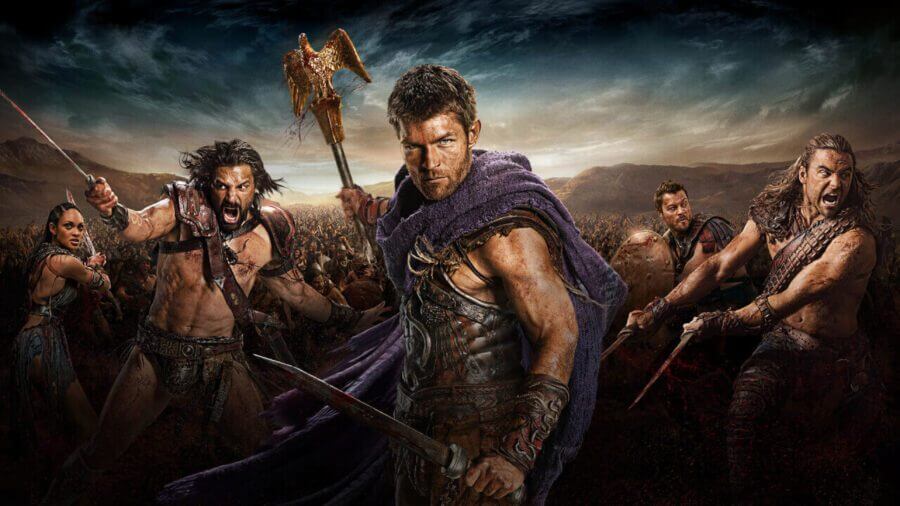 "If they can get you asking the wrong questions, they don't need to worry about the answers." -Thomas Pynchon
OP
D

I couldn't get into Spartacus, not sure if it was the dodgy CGI!

I did enjoy the HBO series , Rome though.

Anderson said:
I couldn't get into Spartacus, not sure if it was the dodgy CGI!

I did enjoy the HBO series , Rome though.

I think the critics panned it and after that everybody had to say that they thought it was rubbish
I think a lot of people were put off watching it because it was full of sex and violence
but actually it was probably more true to life than a lot of "soft" previous efforts.
Rome WAS violent and they were all having lots of sex and treating their slaves like shit.

I got into it because it dealt with the subjects of loyalty and deceit
abuse of power and helplessness in the face of this
and ultimately the notion of revolution in the face of terrible odds.
Ironically I saw it as a kind of morality play in the face of Rome's brutality.

I also liked the hi res slomo special effects personally, though many people did not.
Based on a true story. He must have been a brave man to take on the cruelty and might of Rome.

I generally like films dealing soberly with attempts at revolution,
which is why I also loved Sergio Leone's "fistful of dynamite"
G

I thought Lost suffered far worse then GOT over not actually having a fully fleshed out story from the start, its was a mess in the end, from people who think they are far cleverer then they actually are, im still not buying that ending or having to have it explained to me by numerous articles.

Battlestar Galactica had similar issues, started to fall apart after Starbuck disappeared to somehow later reappear, and now shes an angel showing the way, it got way to vague, again if i need an article or three to understand an ending, or when the creator is literally fucking with you We ask Ron Moore what happened to Starbuck at the end of BSG its messy, first two seasons were excellent, the rest was all over the place.

Spartacus was hit and miss.

Deadwood was great, film not great.

The Wire thought me the 13:50 rule regards crime, was excellent.