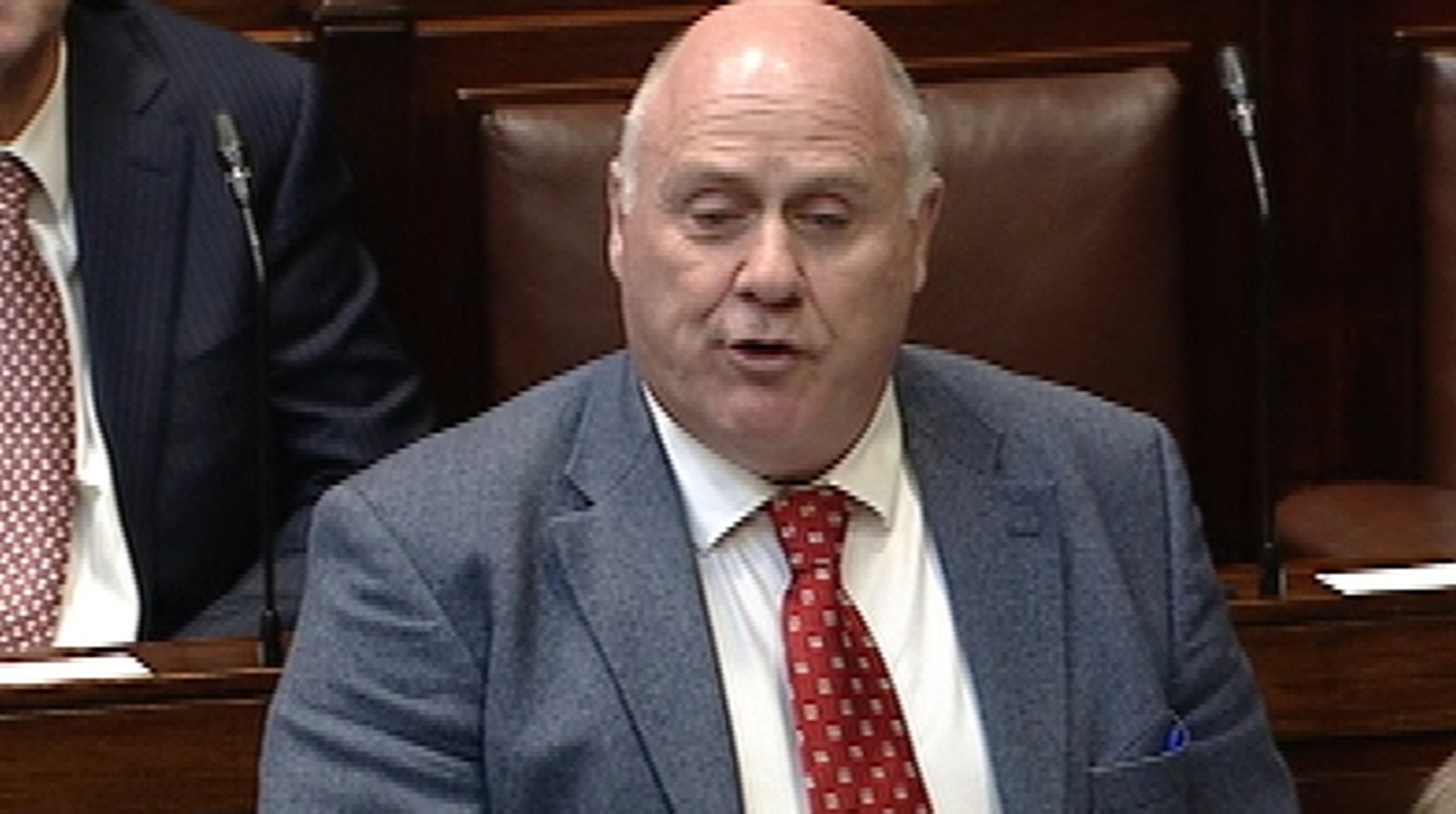 The Immigrant Council has said comments by Independent TD Noel Grealish that €10 billion has been sent abroad over the last eight years are "shameful".

Comments by Independent TD Noel Grealish have been branded as "racist" after he told the Dáil that €8 billion has been sent abroad over the last 10 years.

The Galway West TD told the Dáil that the money has been sent to countries such as Poland, Nigeria, the UK and France.

He asked if Revenue or the Department of Finance had anyway of tracking where this money was coming from.

Amid palpable tension in the Dáil chamber, Solidarity-PBP TD Ruth Coppinger said the question was an example of disgraceful racism.

Taoiseach Leo Varadkar said he did not know where Mr Grealish was going with this question and that Irish people had always historically sent money home from the US.

Noel Grealish asked if there were mechanisms in place to ensure that the remittances leaving Ireland are fully accounted for and that they are not the proceeds of crime or fraud.

He said that he could understand transfers to other EU countries, but €3.4 billion transferred to one non-EU country was astronomical.

The Taoiseach said for many decades Irish people went all over the world and sent their remittances back to Ireland.

"I remember my grandmother, all of her family went to America, telling me about the cheques coming from the States," Mr Varadkar said.

He also picked up on Noel Grealish's apparent distinction between money going to EU countries and non-EU ones.

The Taoiseach said hospitals here are full of doctors, nurses and midwives from India, the Philippines, Egypt, Pakistan and other countries.

He said these people work hard, and out of their post-tax income they send some money home to families who probably paid for their education.

Responding, Noel Grealish said a lot of the money is genuine money but there has to be controls to monitor it.
Click to expand...

Stating facts and asking questions is textbook racism.
To the Gulag with this man.
T

I fail to see what the Taoiseach is implying.
Is he saying that billions leaving the country is of no consequence and people shouldn't ask?
Save the Planet - Plant a Tree!

How the fuck is it racist? Grealish is a shoe in for reelection now.
E

FightingForTheBull said:
How the fuck is it racist? Grealish is a shoe in for reelection now.
Click to expand...

If I were him, I'd continue with the hardtalk, and stand for the Presidential.
OP
I

Whenever you talk about any wrong doing by Immigrants the "racism" card is always played.

IrishJohn said:
Whenever you talk about any wrong doing by Immigrants the "racism" card is always played.
Click to expand...

Own it. Racism, far right. Yes I’m a far right racist. I loves me country
N

FightingForTheBull said:
How the fuck is it racist? Grealish is a shoe in for reelection now.
Click to expand...

What do you expect from those far left extremists in solidarity-pbp? Everything is racist to those clowns!!!!!
E

IrishJohn said:
Whenever you talk about any wrong doing by Immigrants the "racism" card is always played.
Click to expand...

It's almost like they have looked at every mistake made in the UK, and just said "Fuck it. Hold my beer."

Anyone calls me a racist, I just say “No you’re the racist”. It freaks them out. They don’t know what to say next. They really want to say .. No, you’re the racist but that would just sound like a Punch and Judy show.