100,000 Jews were murdered in pogroms during the Civil War.

By both Red and White forces.

Twenty years before the Nazi scum and the Final Solution.....
Click to expand...

Not all nazis were scum, Rommel was a hero!
The Strasser brothers - Gregor murdered by Hitler, Otto on the run with the opposition against Hitler inside the Third Reich right throughout the war, and then restarted the nazi party in Germany in 1951. You had Hess the Peacemaker, murdered by the allies at 93 in his Spandau Berlin jail. You had the daring nazi commando leader Otto Skorzeny SS who came to live in Ireland after the war, who fought nobly and rescued Mussolini. You had the heroes of Stalingrad, The Wehrmacht had nobility of honour as officers, you had men who fought like tigers against Bolshevism on the Russian Front...any one of those warriors would eat you up and spit you out with contempt!
Last edited: Jul 14, 2020
K

SwordOfStCatherine said:
Jews have this thing- "Unlike Christians and Muslims we never spread Judaism by the Sword", now over looking forced conversion by John Hyrcanus of the Edomites and a few other groups in the Second Century B.C. Post-Christianity Berber Jewish tribes in North Africa most definitely spread Judaism by the sword as the Jewish Yemenites who at one stage had quite an impressive Empire. There could also have been Judaism spread by the sword in areas of "Central Asia" and the Caucasus but this is more difficult to verify. Christians at time believed in giving Religious toleration to Jews though obviously vile blasphemy against Our Lord was not seen as falling under it. There were also other things that came to discovered in the Talmud that caused concern for other reasons. With printing the Talmud began to be censored but uncensored editions were still printed in some places where the Jews had a lot of power. There is a whole murky history here which emerges. Ha-Rav Yehuda Kook (sic) who was the son of the Rabbi considered the founder of Religious Zionism as we know it today (who was a very strange character indeed and most likely suffering from bi-polar disorder, in some ways actually likable but obviously nuts, his son though was quite a sinister character) through a lot of study put out though obviously not in any European language or Arabic what is most likely the original texts of the Talmud and these are what is used in Palestine today, and unfortunately for some people on here they confirm the majority of what the so-called "anti-Talmudists" said. It is also a lie to say that the anti-Christian stuff in it is a response to Christian persecution as the majority of the people who wrote it and complied it were not living under Christian rule.

The thing is now- and openly- "Big Jews" are lobbying for Christian and Muslim "supersessionism" to be made illegal in the EU- meaning making it illegal for Christians and Muslims to argue why our Religions are more legitimate than that of Rabbinic Judaism. This is not some wacky conspiracy. They had a huge conference in Austria and laid it all out as you can see below publicly:

One of the problems i have with them is the notion that every nation is theirs by right, and especially everything that was ever owned by a Jew remains Jewish property forever. I fear that multicultism is just a tool by which they will destroy Europe and then take it over - my fears in this regard are not waylaid by stories such as this in which Jews deliberately hide their acts and will behind a facade of other minorities.

You will in Europe see Islamism and Judaism becoming very much closer and working in tandem, the latter giving the instructions of course. The pathway for this is through the turning of most Arab countries towards Israel especially the Saudis who fund much of Islamism here. Other countries see the West and who owns it and how much influence Christianity has here this will embolden them to push the interests of their own minorities aggressively (Turks in Germany for example).

The destruction of Western statues though now cleverly couched behind BLM or Muslim rights or whatever should be a red light warning for what lies ahead and i think the focus on the Confederate South was just dipping the toe into the water.
C

In fairness shooting Fascist and Communists is Good Work.

They are very much the same . They will do or say anything to get power and then they will not give it up without force being used against them ! !

They are very much the same . They will do or say anything to get power and then they will not give it up without force being used against them ! !
Click to expand...

When was the last time a Capitalist Régime gave up power peacefully? And don't imagine the "Republicans" and the "Democrats" are two different régimes - they are one and the same régime with two faces - to fool the ignorant and the dim - to give mindless Consumers their "Choice."
Shaheed General Qassem Suleimani
Murdered by cowardly criminals
Ar dheis Dé go raibh a anam dílis​
C

Tadhg Gaelach said:
When was the last time a Capitalist Régime gave up power peacefully?
Click to expand...

In Democratic Elections Power changes all the time in Capitalist Democracies ! !

Clarke-Connolly said:
In Democratic Elections Power changes all the time in Capitalist Democracies ! !
Click to expand...

The Communist Trick is to Shoot you if you question anything !

Clarke-Connolly said:
The Communist Trick is to Shoot you if you question anything !

The bullet trick doesn't work nearly as well as the Punch and Judy Show, where the Régime gives the Plebs the illusion of choice. 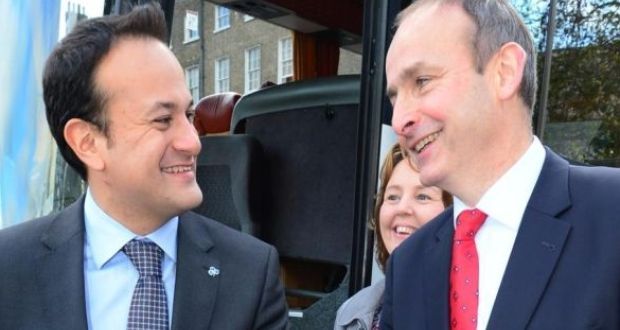 Anti-Fascism and Anti-Communism, especially when un-nuanced, is almost always childish.

The thing is that in theory our "Democracy" might be mob rule but in practice it is the rule of gold through all sorts of manipulative and under hand ways.
C

Tadhg Gaelach said:
The bullet trick doesn't work nearly as well as the Punch and Judy Show, where the Régime gives the Plebs the illusion of choice.

But there is the Possibility of some change where under the Communists its the Bullet Trick Every time ! !

Clarke-Connolly said:
I will admit there is often the Illusion of Change such as ‘ The Two Kúnts '

But there is the Possibility of some change where under the Communists its the Bullet Trick Every time ! !
Click to expand...

I wouldn't agree. I'd say China has changed a lot more than the USA has over the last 50 years.
Shaheed General Qassem Suleimani
Murdered by cowardly criminals
Ar dheis Dé go raibh a anam dílis​

The thing is that in theory our "Democracy" might be mob rule but in practice it is the rule of gold through all sorts of manipulative and under hand ways.
Click to expand...

Irish politicians now openly admit that upsetting the Multinationals would be totally out of the question. So called "democracy" in Ireland is admitted to exist only in so far as it pleases foreigners like Mark Zuckerberg. This is Ireland's new H-Block. The sacred soil of Meath defaced by a Global Data Center, i.e. spying center. And how many Irish people even work here?