GUEST
And I gave that feller a go, Dr. Jones. He's mostly a geriatric anti-semite. Give that guy a rest.
J

Karloff said:
The agenda is not pro homosexuals either. The Pride Parades in the West projects homosexuality as sex and nothing else. Nudity sexual suggestiveness, freakish costumes half legionaire half sugar plum fairy. This is not saying 'these people are like you' it is a form of exoticism and freakery and it is provocative. For gays and lesbians they cannot control how their image is projected in these parades (although the way some of them speak out against these parades and the sinister corporatisation involved is interesting) - and so in a way they are victims of this crap as well.
Click to expand...

In solidarity with our friends in Queer Action Ireland, who have always invited IPSC to be part of their radical anti-pinkwashing bloc at Pride down the years, we are supporting their Pride Alternative action. QAI, for a myriad of reasons, feel they can no longer march in the official pride...
www.indymedia.ie
"If they can get you asking the wrong questions, they don't need to worry about the answers." -Thomas Pynchon
J 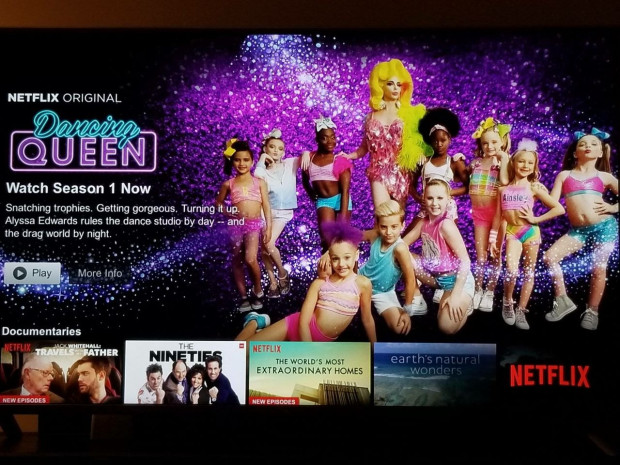 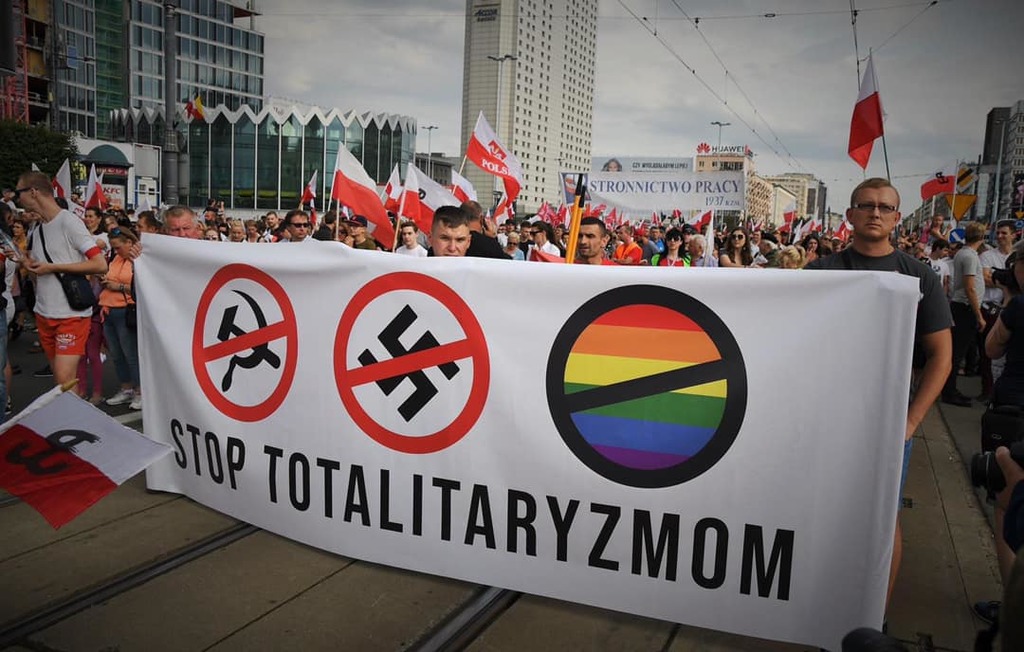 Meanwhile in based Poland this week... the message for the Homosexual brigade was clear.
G

It’s disappointing news for the LGBTQ community as Pride month is celebrated across the US. An alarming new statistic from the annual Accelerating Acceptance report finds that young Americans…

An alarming new statistic from the annual Accelerating Acceptance report finds that young Americans — generally regarded as the most socially tolerant generation — are less comfortable with LGBTQ people than in previous years.

The survey, produced by the Harris Poll in partnership with Gay & Lesbian Alliance Against Defamation (GLAAD), found that Americans aged 18 to 34 who say they are comfortable interacting with queer people fell from 53% in 2017 to 45% in 2018 — even among those whom the report considers “allies” to the LGBTQ community.
...
Gerzema partially blames the sometimes “toxic” social media environment, which may have encouraged a recent uptick in hate-related violence, says Ellis, whose advocacy group has counted more than 40 incidents of violence against LGBTQ since 2019 began.

It’s a stark reminder that the work of queer allies is far from over.

Says Gerzema, “In this toxic age, tolerance — even among youths — now seems to be parsed out. Nothing today should be taken for granted.”
Click to expand...

Forced acceptance breeds resistance, and mentally ill deviants would likely lack the self awareness regards when to stop pushing the poz, possibly the link with higher rates of autism today and wanting to cut your dick off may have a weight here as autist's lack self awareness.

Regards corporations, many of these ceo's and board members and the lackeys below them are in the same circles as other board members and ceo's of other corporations rather then the general public, many jumping from one corporation to the other. All going to the same universities and attending the same cocktail parties. Many are in a world of their own and think the plebs should do or act as they perceive. Many of them may be completely pozzed themselves, or on the spectrum, Zuckerberg looks like a total mental case as example.

Many are trying to sell you a lifestyle as much as a product, and the pozzed lifestyle is one which is in vogue and has a lot of benefits for state and corporation alike, they have a lower life expectancy, effects pensions and old age health care as example, and spend their money on conspicuous consumption more. But overall its just signs of a sick society in collapse, as the gaps between the class/social levels in society broaden and the rates of mental illness in the general population continues to increase and so more nutters inevitably end up in positions of power.
EVERYBODY'S POLISH | MEET THE BILDERBERGS | SHATTERING THE NATION | CENSORSHIP YES | DEMOGRAPHIC PONZI SCHEME
D

GUEST
Memorial to Gay Victims of Holocaust Vandalized in Berlin


This behavior is unacceptable by why should Gay people have a memorial over all the others who died? Why are they singled out?

A Berlin memorial to gay victims of the Holocaust was vandalized over the weekend, police report.

The memorial, designed by artists Michael Elmgreen and Ingar Dragset and unveiled in 2008, is located in in Tiergarten Park, near the city's monument to Jewish victims of the Holocaust. A giant concrete cube, it features a cutout through which visitors can peer and see a video of a same-sex couple kissing inside.

But guards say sometime Sunday night the window had been painted over. There are currently no suspects, though its not clear if the memorial was monitored by surveillance cameras.
Click to expand...

Memorial to Gay Victims of Holocaust Vandalized in Berlin

Who created the LGBT Movement?
A

Over the past number of years, our completely fucking stupid thick blinkered legislators have appointed ‘diverse’ people ( eg Catherine Wiccan foreign Witch Lesbian Childless and ever to be so ) Zappone into positions of power, in an effort to tick the appropriate boxes. She is the minister for children. Might as well appoint Mr Fritzl.

Lest I forget. Our unelected Pantishock. Another box ticking example. A sheep in wolfs clothing. Sic. Was all anti abortion etc a few years back, and then, voila!

I see so many articles lately how Boris Johnson is unelected. At least he was elected by the entire grass-roots party, like it or not. Unlike the Kylie loving eu bitch we’ve got.

Doing the eu’s bidding on brexit, he may well fuck things up royally for us individuals.

All those box ticking ‘diverse’ appointees are agitators for their minority cause.

Now they have a disproportionate amount of power with respect to the minority they represent.