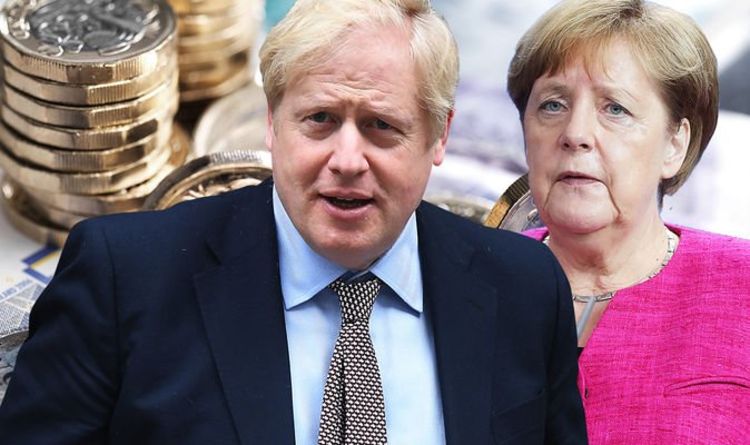 THE UK's decision to not to join the euro has been proven right - and Germany's decision to ditch the Deutsche Mark disastrously wrong - by recent eurozone carnage which has seen the EU's monetary union suffer its worst contraction on record, a Germany former MEP and economist has said.

It was always going to go like this...
"I feel like the disaster was us joining the euro & now we are not in control of our own destiny.

Everyone in the Uk is delighted they dodged the Euro Bullet ! ! !

I.E. The People, Business, Politicians, Bankers = Everyone in Britain !

Sterling has remained doggedly strong, in spite of the stupid predictions of Remoaners there and Eurotoadies here.

I notice the euro has made a move against the dollar recently.
But it is fat from where it should be.
For years the euro traded in a range 130-150 against the dollar. Indeed for a short time it surpassed $1.60. A friend of mine was relocating to the US around then.
He sold his house and changed 300.000 Euros for dollars. That yielded him nearly half a million dollars
What a coup, tho just pure luck. Were he to have done the same transaction lately he would have lost well over a hundred thousand.
So I believe the euro has plenty of scope on the upside, $1.25 at least.

Yeah, it is ..and already has been.

If the people who are proud to be Irish, as gaeilge no as béarla, realise that's enough pie 'thanks' very much, it comes time to start thinking how best to show challenge to the "no going back, this is the new normal" type of mentality.
You must log in or register to reply here.
Share:
Facebook Twitter Reddit Pinterest Tumblr WhatsApp Email Link
Top Bottom