Self Moderated Europe-wide high speed rail plan to include Ireland

What is there to not like about this idea.

ShumanTheHuman said:
A direct line between Cork and the coast of Brittany is 450km. The longest sea tunnel in the world is 54km 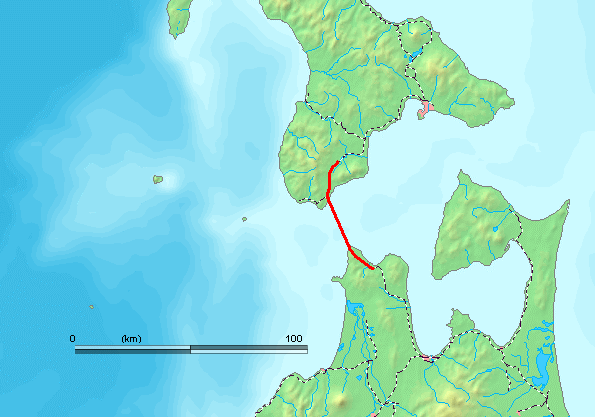 Am I missing something? this proposal is still only a ferry link not a tunnel.
Our conventionalities allow to barbarians only the right of actual self-defence Notes on the War. Engels 1870-71.
P

The EU granted €530m to Eirgrid merely to plan the Celtic Interconnector, a 500km long electricity/fibre optic cable linking Ireland and France, or over a million per km just to pencil it out on the back of a Homosexual packet. What it will eventually cost to complete is unknown but naturally it will be casually spoken of in multiples of a billion. Just how many ferries could be run for the same money as a tunnel is going to cost probably runs into the hundreds or thousands, so why not just provide free shipping instead? It will be at the merest fraction of the cost.

Edit: Had to laugh, I wrote 'Fa g' packet which got changed to Homosexual by the system. Gonna leave it as it is!
Last edited: Jun 29, 2020

It might be useful if you want a system to pump millions of Africans into Ireland post Brexit but not if you want to go on your holiers to France from Dublin.
P

Bustedshaun said:
Am I missing something? this proposal is still only a ferry link not a tunnel.
Click to expand...

And if the rest of Europe is going to have a highly subsidised rail system then Ireland should enjoy the same largess when it comes to providing an upgraded ferry connection.

Bustedshaun said:
Am I missing something? this proposal is still only a ferry link not a tunnel.
Click to expand...

I was misled by the Thread Title and OP. Pretty sure that link to the article wasn't in the op when I replied as well
Curse you @DS86DS

what is it,about a 15 hour crossing?

Bustedshaun said:
what is it,about a 15 hour crossing?
Click to expand...