More xenophobic abuse from the site's resident racist.
#RentFree
A

You won that prize long ago, pal.

Anglophile said:
You won that prize long ago, pal.
Click to expand...

Amazing. Call the Chinese scum and someone else is the problem. You are some arsehole.
A

cello said:
Amazing. Call the Chinese scum and someone else is the problem. You are some arsehole.
Click to expand...

Calm down, lad - and educate yourself on China and their current activities.....
I

That's exactly how Unionists, Sinn fein,and Nationalists of all types view their situation. Only want those Patriots who favour their ideals in Parliament.
Last edited: Apr 2, 2021
S

In some of the strongest words yet from Duterte’s camp about China’s conduct in the South China Sea, his lawyer Salvador Panelo called the prolonged presence of boats an unwelcome stain on relations that risked “unwanted hostilities that both countries would rather not pursue”.

“We can negotiate on matters of mutual concern and benefit, but make no mistake about it - our sovereignty is non-negotiable,” Panelo said in a statement.

Philippine President Rodrigo Duterte is committed to peacefully resolving a diplomatic row with China over the disputed South China Sea, his spokesman said on Tuesday, in a measured response after days of strong rebukes by his ministers and generals.

The continued presence inside the Philippines’ exclusive economic zone of hundreds of Chinese vessels that it believes are manned by militias has frustrated Manila and drawn concern from ally the United States, among others.

“We will continue to resolve the issues on Julian Felipe through diplomatic channels and through peaceful means,” said a statement from Duterte read by his spokesman Harry Roque.
...
China’s embassy in Manila did not immediately respond to a request for comment on Tuesday.

Hong Kong is China ..always was
A

Hong Kong was a pisspoor, obscure fishing village as China.

I understand that you could care less about Hong Kongers.

I understand that you could care less about Hong Kongers.
Click to expand...

That's true. But if the Brits are so great why have they given their capital city away to Muslims?

I understand that you could care less about Hong Kongers.
Click to expand...

Hong Kong is Chinese. You cannot deny that. Imperialism raised its head there but the Chinese got back what was theirs . You will always get Anglo Arsewipes bemoaning the fact that they lost yet another part of their crumbling Empire ,but facts are facts . Hong Kong is Chinese forevermore 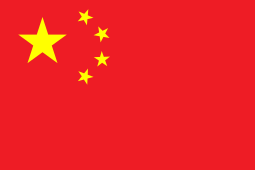