“We've been disappointed, to say the least, about Sinn Féin’s meeting with a Zionist party whose members have explicitly defended and supported hate crimes committed against the Palestinians of Gaza, especially in 2014,” 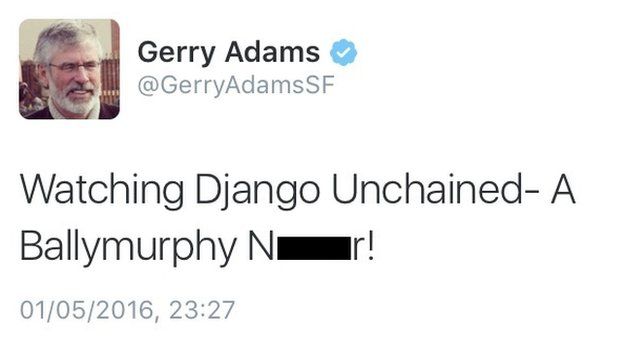 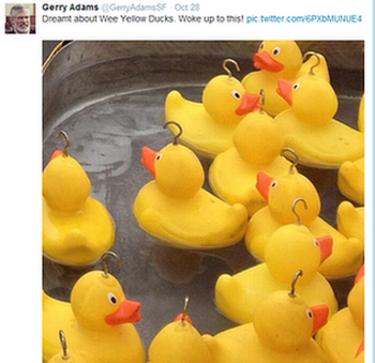 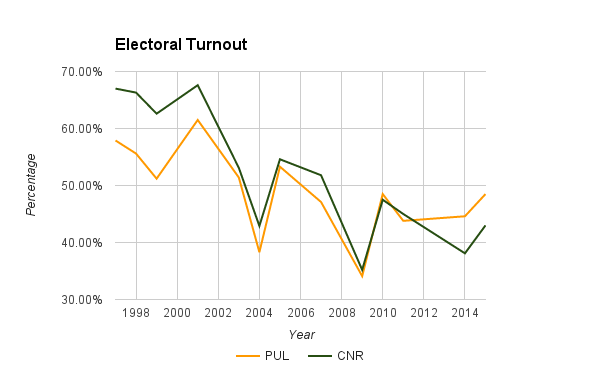 You know what- words fail me & that's the God's Honest Truth.

Words failed me when the story first broke & I left the Webpage open postponing the OP as I was in an otherwise good mood & didn't want to spend time bashing this bunch again.

I thought someone else would do the OP & then the moment passed.

Alas the pain that SF have caused the Palestinian people has moved me.

It's been apparent for a long time that SF have been ran by MI5 & the Feeny Family Ziomatrix.

Today, however we learn that not just Irish people are victims to SF's Treason, Chauvinism & Depravity...

​
Last edited: Sep 8, 2016
"I feel like the disaster was us joining the euro & now we are not in control of our own destiny.

You have to laugh.
Petition: Repeal the 8th | Abortion Rights Campaign Ireland
Repeal Eight | The Coalition to Repeal the Eighth Amendment
OP

Not surprised the likes of you find the Gaza atrocities "funny"...

Dublin 4 said:
Not surprised the likes of you find the Gaza atrocities "funny"...
Click to expand...

I never said funny, but I find the one sided brinkmanship to be Ironic.

Do you find the attacks on Jews funny?
OP

I didn't use words like "have to laugh" on this Thread- unlike you, so obviously I don't.

I've started Threads in praise of the Jews, have you?

I have been wondering about the fact of why dont allow a free vote on issues to do with abortion for a while now even though it has hurt them at the polls in Ulster (and Im sure to a lesser extent in the ROI to). Also the fact of The Indo's silence over tasteless comments by one of their Councillors in Tyrone was suspicious- they could have easily invited that lad to dinner, filled him with wine, swelled his ego and got him to say really mad things; but they didnt.

“We've been disappointed, to say the least, about Sinn Féin’s meeting with a Zionist party whose members have explicitly defended and supported hate crimes committed against the Palestinians of Gaza, especially in 2014.”

I'm not a big SF supporter, but SF met with the Palestinian Authority less than two weeks ago: 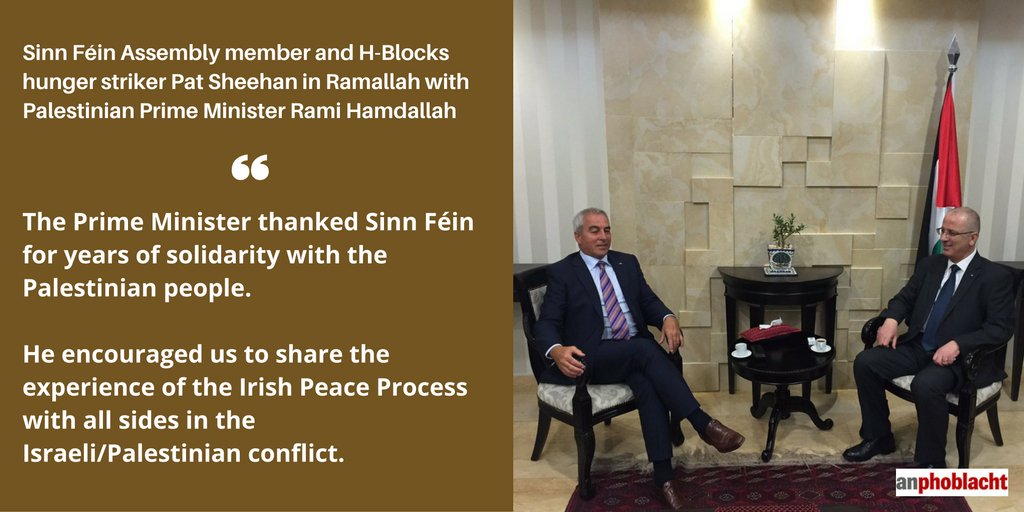 Kuzu was expelled from the Dutch Labour Party, because he was opposed to surveillance being carried out against 4 named Islamic groups in Holland. I've heard individuals like Paul Murphy openly applaud Palestinian bombings, and indeed a former IRA Blanket man from Belfast who now supports the Socialist Workers Party, also applauded the attempted murder of civilians by the Palestinians, when they lobbed 4,000 rockets into Israel in 2014. The Trots will walk away from these campaigns, but the net result is that the divisions within Republicanism will widen.

Is mór an trua nach bhfuil an méid céanna Gaeilge anseo in Éirinn i measc an éite chle!

'Clare Daly and Grainne Griffin speaking at a #RepealThe8th public meeting in #Dundrum on Wed, Sept 28th hosted by our own Brian Leeson. Should be an interesting meeting which hopefully will help build the grassroots campaign for abortion rights in South Dublin. So spread the word and come along.'

Éirígí have are in the same place that Conor Cruise O'Brien ended up in, because he supported Dalys predecessors in the Irish Labour Party when they opposed the war in Vietnam, but like Éirígí, he supported the partition of his own country, and Éirígí supported the Good Friday Agreement, which cemented British Rule in Ireland.

Lesson: Any Irish Socialist who tells you they are Internationalists, and who at the same time ignore the Injustices of an Occupying Force in their own country, are both liars and frauds in their hearts.

The Socialist Workers Party have even jumped on the bandwagon, and have stolen the mantle of Socialist Republicanism.

'We declare that this struggle must be waged first and foremost by the working people themselves– women and men, gay and straight, black and white, united and equal.'

Who are those idiots above who think abortion factories free women?

YoungStudent said:
I never said funny, but I find the one sided brinkmanship to be Ironic.

Do you find the attacks on Jews funny?
Click to expand...

'The constant harping on about Zionists and Zionazis could be understood by the great unwashed to be a signal of approval.' Post 160, Organised attacks on jewish graves with hammers by youths with a large crowd in support in Belfast, Politics.ie

Nationalists such as Chris Andrews and both the Young Wolf Tones and the Old Wolf Tones have profited more than most from the Irish Struggle for Independence from colonialism, and a large degree of responsibility for the recent attacks on the Jewish graves in Belfast lies with the cheerleaders who have supported the Palestinians by doing nothing more than waving flags. 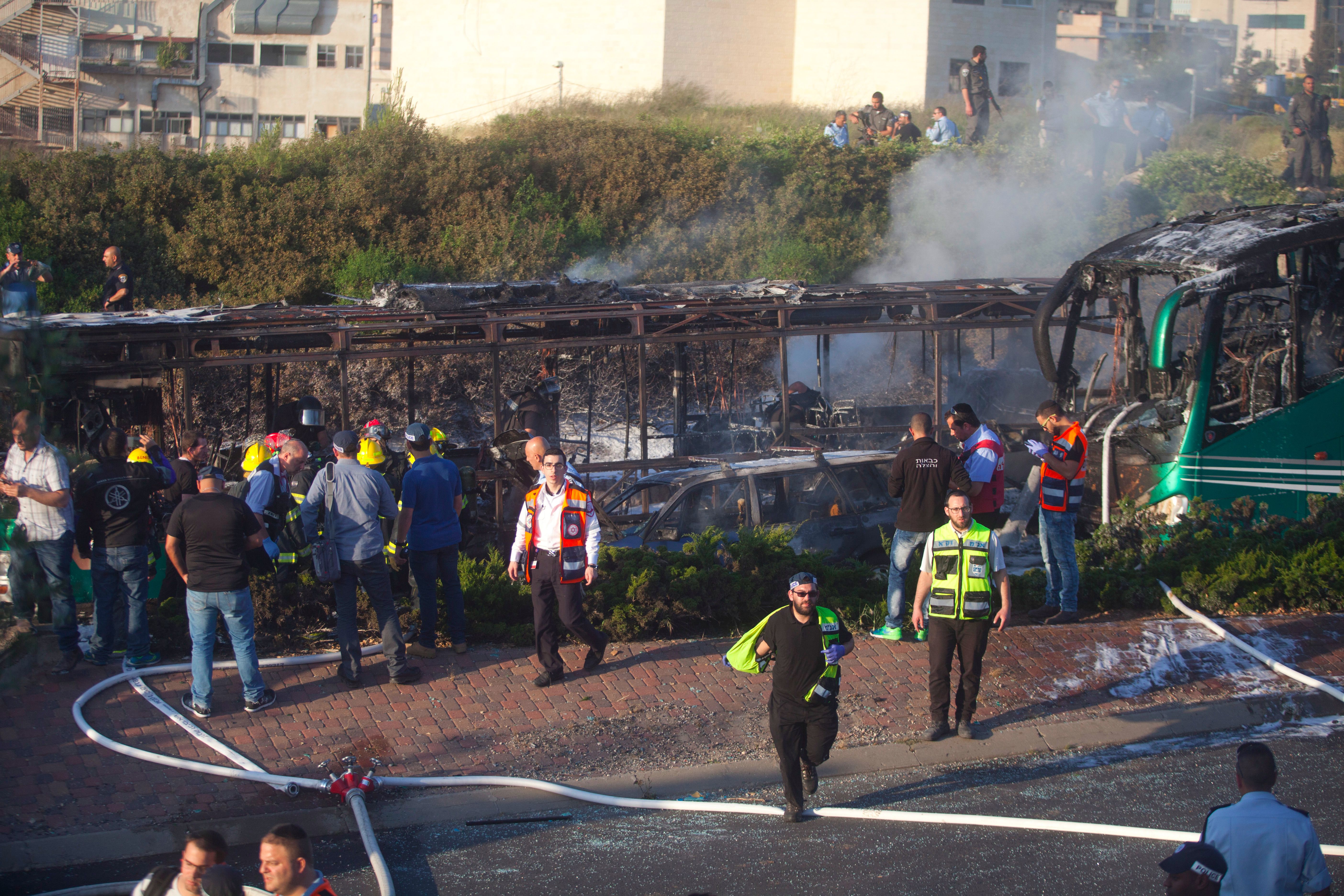 No protest against the recent bus bombing in Israel by an Islamic Fundamentalist group stationed in Gaza? Most of the tools who support the Palestinian cause are too tick to figure out who controls what and why, and the Politicians like Chris Andrews, SF, Paul Murphy, the Socialist Party, Richard Boyd Barrett, the Socialist Workers Party, as well as Independents affiliated to so-called Socialist Republican organisations like Éirígí such as Clare Daly and Mick Wallace come from privileged backgrounds, and they don't have to think about the net effect of cheer-leading the Pro-Palestinian campaign. What the privileged do in Dublin 4, has a knock-on effect in underprivileged communities elsewhere.

Tadhg Gaelach said:
Who are those idiots above who think abortion factories free women?
Click to expand...

Earnán Ó Maille said:
'The constant harping on about Zionists and Zionazis could be understood blah blah
Click to expand...

Chris made a mistake joining SF & he was most likely facilitated entry by SF's MI5 Masters who knew it would cause trouble as he is ex FF but Chris is a good Man, it's obscene to suggest that he would encourage Grave Desecration.
19 More Posts...
You must log in or register to reply here.
Share:
Facebook Twitter Reddit Pinterest Tumblr WhatsApp Email Link
Top Bottom