'Dragon' Casey to run for MEP on rural versus urban crusade

In this video, which Ming was asked to take down, which had thousands of views, he seems to have been taking on TTIP against the interests of a secretive EU determined to slip this pro big business trade deal through without the public hearing anything about what was in it.
Some lapdog!! 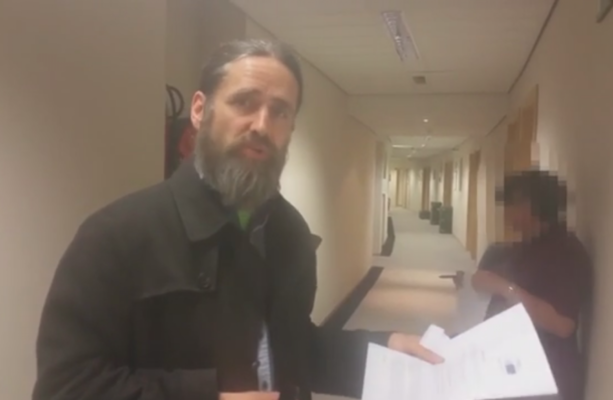 He put up a video earlier this week showing his difficulty accessing documents related to secret US/EU trade negotiations.

Whatever. He's totally onboard with their migration agenda. To the point of launching a vicious attack on Viktor Orban because he opposes migration.

Ming is a globalist puppet.

Apart from immigration, Casey is also calling for a debate on EU membership. OK, he not our Salvini, but he's the least worst option.
Just hope he stands his round, and doesn't buckle and overcompensate under pressure.

El Chaval. said:
Apart from immigration, Casey is also calling for a debate on EU membership. OK, he not our Salvini, but he's the least worst option.
Just hope he stands his round, and doesn't buckle and overcompensate under pressure.
Click to expand...

looks like Casey has my number 1......it's possible Casey will kill off Ming and take his seat ....could also take votes off SF Matt carthy

El Chaval. said:
I'm sure most immigrants also want control, as their future is also at stake.
We don't NEED taxi drivers, Big Issue sellers or people who spend all day in the fucking Mosque.
Click to expand...

Well yes anyone here who works and pays their taxes should be concerned at these unsustainable levels of inward migration ...
Deus Vult
Ireland in History Day by Day
irelandinhistory.blogspot.ie

Dublin 4 said:
The likes of you wouldn't have the intelligence or gumption to comprehend stealth...
Click to expand...

You are truly deluded if you think Casey is not an other gombeen.
The weak must fear the strong.
OP

Josce of gloucester said:
You are truly deluded if you think Casey is not an other gombeen.
Click to expand...

You're another Know all that knows fu** all.

If people don't run around with Hitler Moustaches in Oompah Bands then you're yappin about them...
"I feel like the disaster was us joining the euro & now we are not in control of our own destiny.

jmcc said:
Anyone care to guess if Casey will take a seat at the expense of FG?
Click to expand...

casey served his purpose he allowed us to let the assholes in the dail know how the nation feels about travellers hes not strong enough to beat back the immigration agenda hes not articulate enough or convincing enough.

Imagine if he took Mairead McGuinnesse's seat? The Queen of the European Parliament, who talks down to Brexiteers.

nah.. too far fetched, but one can dream.

Businessman Peter Casey is to contest the European elections on a platform that seeks to change the immigration system and end the rural-urban divide, the Irish Independent can reveal.

The former 'Dragons' Den' investor, who finished second in last year's presidential election, will run in the four-seat Midlands-North West constituency.
Mr Casey rose to national prominence after claiming Travellers should not be recognised as an ethnic minority.
The Donegal resident continues to stand by those comments but says his new campaign will be much broader.


And he argues that the more than 300,000 people who voted for him "are not all people who don't like Travellers".

"They like people who say what they think needs to be said," he added.

Ahead of submitting his nomination papers today, Mr Casey told the Irish Independent:

He expects to take the seat of sitting Independent MEP Luke 'Ming' Flanagan who topped the poll in 2014.

"I think Ming will lose. Nobody has seen him in four-and-a-half years," Mr Casey said.

Fianna Fáil is running two TDs, Brendan Smith and Anne Rabbitte, in the hope of regaining a seat party officials believe they left behind five years ago.

Speaking about his campaign goals, Mr Casey said his main message would be that politics had sacrificed rural Ireland in favour of Dublin.

However, it is his views on one of the EU's hot topics -immigration - that are likely to be closely scrutinised.

"You shouldn't bring people in if you're not going to look after them," he said.

Mr Casey said "a discussion" on immigration needs to take place rather than a situation where people are put in "over-cramped hotels and given €21 a week to live on".

He also questions whether other EU countries have facilitated asylum seekers coming here.

"They didn't just fly from Syria or Africa straight to Dublin. Under the EU rules, whichever country you land in first, you get your passport. That's a discussion that needs to be had."

Asked for his position on EU membership, Mr Casey said he believed Ireland should remain in the union but leave the eurozone.

"We should [be in the EU] but I don't think Europe should have so much control over the day-to-day running of the country. I believe countries should have their own currenc0ies. That gives them the ability to control their economy," he said.

One of his key campaigns, if elected, will relate to the environment.

He wants to ban single-use plastics in Ireland.

"I believe it is a solvable problem and wouldn't it be great if Ireland was the one to lead the way," Mr Casey said.


'Dragon' Casey to run for MEP on rural versus urban crusade - Independent.ie

Flanagan vanished when he went to Europe as far as the public are concerned. So Casey, with his star name, could threaten him.

The Potato Mystic said:
Flanagan vanished when he went to Europe as far as the public are concerned. So Casey, with his star name, could threaten him.
Click to expand...

He'll strom it and more importantly with the regime trying their best to smear him as a racist just like before it will make him stronger, but this time it will also make Irexit, The NP, ACI and Renua more powerful. They will all ride the wave smashing down the door of our Cultural Marxist prison.
108 More Posts...
You must log in or register to reply here.
Share:
Facebook Twitter Reddit Pinterest Tumblr WhatsApp Email Link
Top Bottom