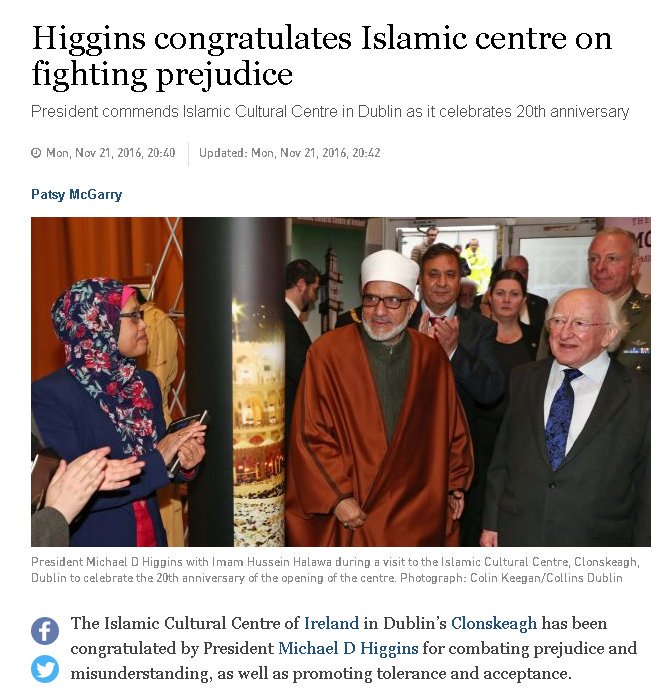 El Chaval. said:
I'm quite sure if people protested FGM at the Mosque, these leftist fuckwits would hold a counter protest
Click to expand...

The virtue signalling would be mighty!!!
G

Regards how something that can be imported which goes completely against a nations history or culture, the medical professions can get the people past that.
South Korea and circumcision after ww2 is an example.
Similar to how we respond different to someone in uniform, associating uniform with power and authority, we will do things that we would otherwise should be fundamentally against when people in unform tell us otherwise.
In the case of the Koreans, the medical profession were just plain wrong in their reasoning, it wasnt that they wanted to deliberately do wrong against their fellow Korean's, but they were still off their collective trolleys.

This is why, as some people on here have posted, how the powers that be are broadcasting the association of the word "Healthcare" with the word abortion as being the same thing, is so insidious.
It is a similar effect with the medical profession telling us what to think re the abortion debate.

Currently the circumcision rate for high-school boys is >90% and for those >70 years old is <10%. The circumcision rate in 1945 was <0.1%. When averaged over the whole population, the present South Korean circumcision rate is ~60%; the rate has increased dramatically with time and particularly in the past 20 years, when the estimated number of male circumcisions has exceeded the number of male births. Although circumcision in South Korea has been strongly influenced by American culture, it has never been predominantly neonatal. The age at circumcision has continued to decrease and boys are now circumcised at ~12 years old. Of those who were circumcised long after they had been sexually active,
... Many doctors believe the out-dated and sometimes controversial benefits of circumcision, i.e. prevention of cervical cancer and sexually transmitted diseases, and improved sexuality. Thus the vast majority of doctors recommend circumcision regardless of the patient's age Peer pressure was also an important contributing factor.
Click to expand...

We recently reported that South Korea has a surprisingly high circumcision rate [3]; it is the only country among its geographical and cultural neighbors in which most boys are circumcised. No other countries with strong Confucian and Buddist traditions circumcise in this way. Indeed, circumcision is directly against Korea's long and strong tradition of preserving the body as it is given by his or her parents [3]. As throughout its 2000-year history, the recent popularity of Christianity in South Korea, both Prostestant and Catholic, cannot account for the situation either. There are virtually no Muslim and Jewish populations living in South Korea. Thus all circumcisions have supposedly been `medical'. While an indirect American influence was evident in our previous study [3], it was unclear why South Korean circumcision has never been neonatal, in stark contrast with the practice in the USA.
Click to expand...

In conclusion, male circumcision started 50 years ago in South Korea but now the country has one of the highest circumcision rates in the world. The mistaken and outdated notions of South Korean doctors about circumcision, and their lack of knowledge about phimosis, seem to be a leading contributory factor to the extraordinarily high rate of circumcision.
Click to expand...

However it is declining now, as the medical profession turn around an realise it was all a lot of nonsense.
Decline in male circumcision in South Korea. - PubMed - NCBI

South Korean male circumcision is likely to be undergoing a steep decline. The cause for this decline seems to be the increase in information available on the pros and cons of circumcision.
Click to expand...

I have posted on this before, but i think is still relevant again here.

Map of different forms (jurisprudence) of islam Madhhab - Wikipedia , so Somalia is the blue horn of africa, 98% fgm, oldest form of islam, so you dont want people from Somalia if you dont want women having undergone fgm and walking around in a top to bottom ninja outfit in your area.

If you look at a map of africa and fgm, Prevalence of female genital mutilation by country - Wikipedia , you might start to see a connection to the previous map.
FGM and islam tend to go together in africa, thats not coincidental.

Depending on jurisprudence its either mandatory or kinda expected, or dont mind it if you do it or not.
Religious views on female genital mutilation - Wikipedia

Shiite religious texts, such as the hadith transmitted by Al-Sadiq, state that "circumcision is makrumah for women" (noble but not required)
Click to expand...

So if you do not want this in your country, dont import the people that practice it. Its not difficult, otherwise it will flourish here as their religion is what it is and the west has no stomach regards changing what they practice.

El Chaval. said:
Irish Times is an utter disgrace. They supported FSA death squads in Syria, and now go passive on FGM. Yet they were upset about a mild-mannered Englishman speaking to Irish people at Trinity about a possible Irexit.
Click to expand...

And there you have Timmy Dooley & Fionnan Sheehan on radio this morning saying that social media and other Sites that discuss current affairs (they called it 'fake news') should pay a tax to the Irish MSM because they're going broke.

I hope they fukking drown.
"I spent thousands every year for years and years on alcohol, Homosexuals and the rest."

Where's that c*nt Ruth Coppinger? She was ranting and raving the other night on Claire Byrne over good looking girls earning a few quid by walking around a boxing ring in between rounds.
Last edited by a moderator: Feb 9, 2018

Myles O'Reilly said:
Where's that c*nt Ruth Coppinger? She was ranting and raving the other night on Claire Byrne over good looking girls earning a few quid by walking around a boxing ring in between rounds.
Click to expand...

If she took her clothes off I'm sure plenty of lads would throw her a few quid to put them back on.

Setantawatchl said:
Really so FMG dosent happen in Iran
That's what you're saying
Click to expand...

Well if we knew what FMG was, we might be able to answer our
little Israeli hasbara friend.

Chewed off any infant foreskins recently have you SW?
I believe that's a Jewish tradition no?

Is that any less child abuse than FGM?
"If they can get you asking the wrong questions, they don't need to worry about the answers." -Thomas Pynchon

Tadhg Gaelach said:
Well, since FGM is now part of Irish life, and girls are going abroad to get it done, our Abortionists will have to demand that its legalized and regulated here in Ireland.
Click to expand...

<s>
It's a wonder the pro lifers aren't all for this procedure
since they obviously seem to harbour a deep misogyny.

Taking away any pleasure to be had from having sex seems a logical next step for pro lifers
after legally imposing forced childbirth for poor young girls daring to have extramarital sex
</s>
Last edited: Feb 9, 2018

Dr Ali Selim of the Islamic Cultural Centre of Ireland has said he advocates female circumcision.
Female circumcision, also termed female genital mutilation (FGM), is illegal under the Criminal Justice (Female Genital Mutilation) Act 2012.
It is estimated that 5,790 girls and women living in Ireland have experienced FGM and some 2,639 girls here may be at risk of being subjected to it.
Under 2012 legislation, not only is FGM prohibited in Ireland, it is also a criminal offence for a person to take a girl to another country to undergo it.
“I’m not an advocate of female genital mutilation but I am an advocate of female circumcision. We see female circumcision in the same way we see male circumcision. It might be needed for one person and not another, and it has to be done by a doctor and practised in a safe environment,” Dr Selim told RTÉ’s Prime Time.
‘Not an obligation’

“The same medical reason that would justify male circumcision would be the same for females. It is not an obligation, but it should be allowed by law if needed and a medical doctor can decide if it is needed or not,” he said.
Click to expand...

This man is a menace to civilised society. Why have the IT and Prime Time given him a voice to express his toxic views?
That fucking mosque is yet another FF/FG endorsed religious cancer on our country.
As if the previous one wasn't enough!

GodsDog said:
It's a wonder the pro lifers aren't all for this procedure
since they obviously seem to harbour a deep misogyny.

Taking away any pleasure to be had from having sex seems a logical next step
after legally imposing forced childbirth for poor women daring to have extramarital sex
Click to expand...

This is the most stupid post I have read on this forum.
The weak must fear the strong.

Haven't been here long have you Josce?