There is no such thing as man made climate change.

This is a lie peddled by the Left , the Greens and the antipope Bergoglio in order to obtain political power.
The true Pope remains Benedict XVI.
A

For over 30 years, 97% of Our Climate Scientists - e.g. Al Gore - have said we've only got 100 months to save Our Planet.
But for some reason, no-one takes their warnings seriously any more....( Apparently )

Putting 20 billion odd tonnes of be CO2 into the atmosphere each year.
Is a hell of an experiment.
And using the oceans as a dump.
Not smart.
It's only a bit of chat and banter. We're not the World council.

David Icke reckons its a hoax.
"I spent thousands every year for years and years on alcohol, Homosexuals and the rest."

More carbon please
The weak must fear the strong.

Ireland doesn't even register on this emissions chart (chart can be magnified if you double click on it).

Its a hoax, a device to get control over our lives which we would not accept without a scare. I have not looked in on temperature records, so will do so now. its minus 1.5 this last 24 hours, on the some day in 2005 it was minus 3 (it was one degree warmer then, Weather in Cape Morris Jesup

South pole 4th June 2003 minus 53 same day this year minus 68 It is colder at both poles now than it was 14 and 15 years ago Weather History for Amundsen-Scott South Pole Station, #HISTORY.statename | Weather Underground
A 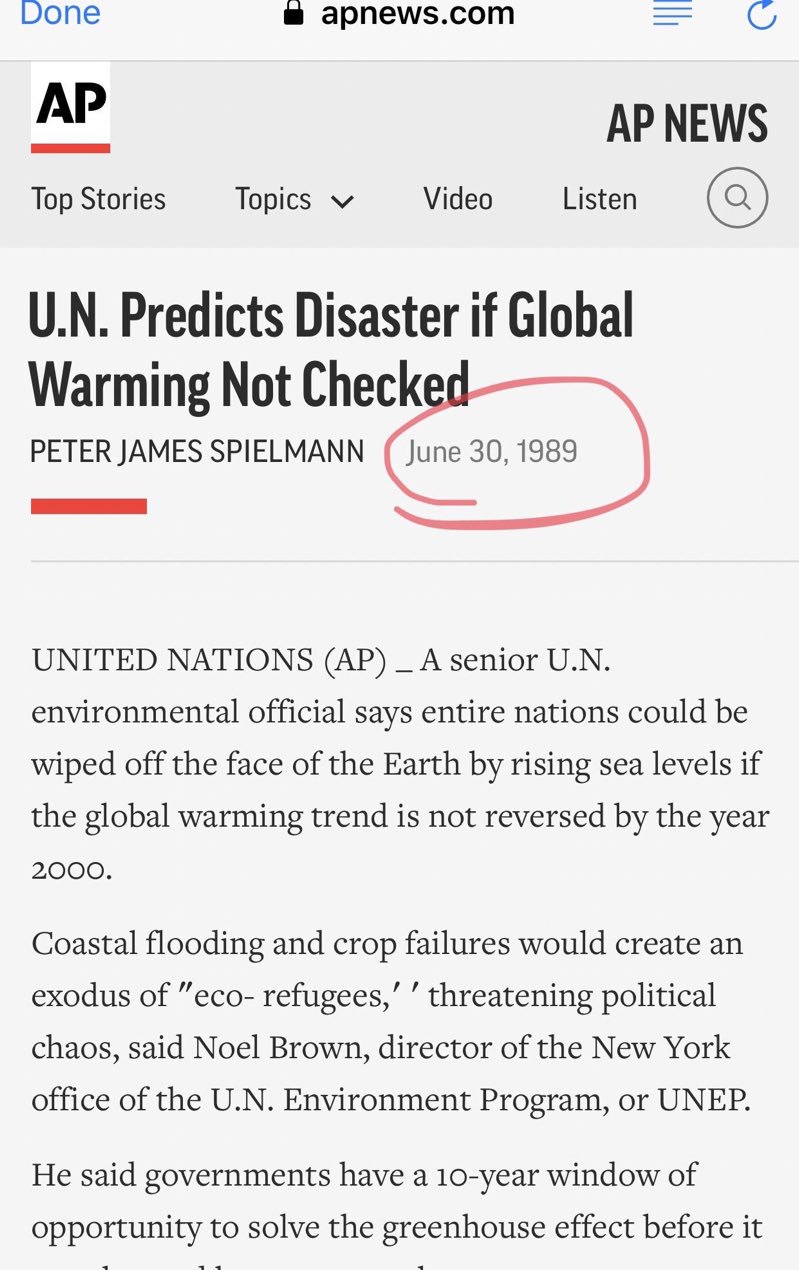 Great thread on the costs, dangers and real agenda driving the Climate Change narrative/solutions (so called)

He has some good article linked in that post on insects and birds, been talked about here before. 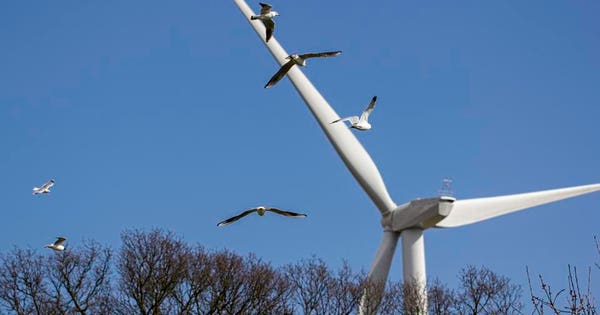 Also this anti nuclear hysteria of late that is being pushed, they do not want something to compare against that works, whatever people think on nuclear, otherwise people have something to point out how bad your current solution is. But if there is no nuclear power, as in no alternatives and nothing to compare with then intermittent renewables becomes the default solution for the masses/media no matter how bad it is in reality. This is both political and economic, without renewables what have the greens got regards something to push as a political concept, plastic bags are done, straws is next, not exactly heart pumping stuff.

The russians, chinese and indians will be looking to build functioning generation 4 reactors, within the next decade, its a matter of finding out which of the models is best. Its not going away, but we will not have the technological abilities to do these things, while the east will, because nuclear bad, windmill good. 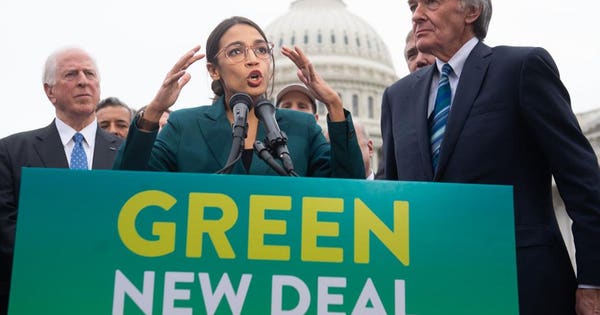 The problem with nuclear energy is that it doesn’t demand the radical re-making of society, like renewables do. All nuclear does is pay above average wages, decarbonize electricity, and produce cheap electricity. No wonder they hate it so much.
www.forbes.com 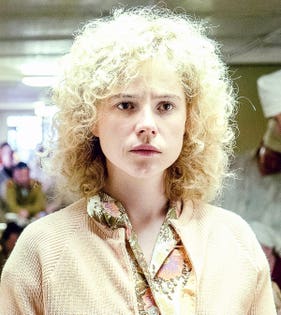 Why HBO's "Chernobyl" Gets Nuclear So Wrong

If Hollywood ever decides to tell the true story of nuclear it won’t need to resort to sensationalism.
www.forbes.com 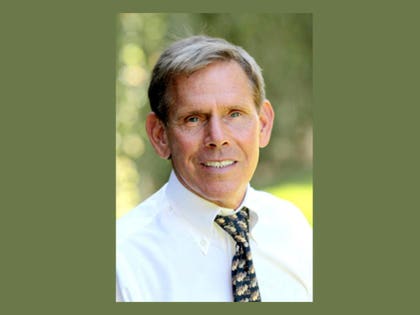 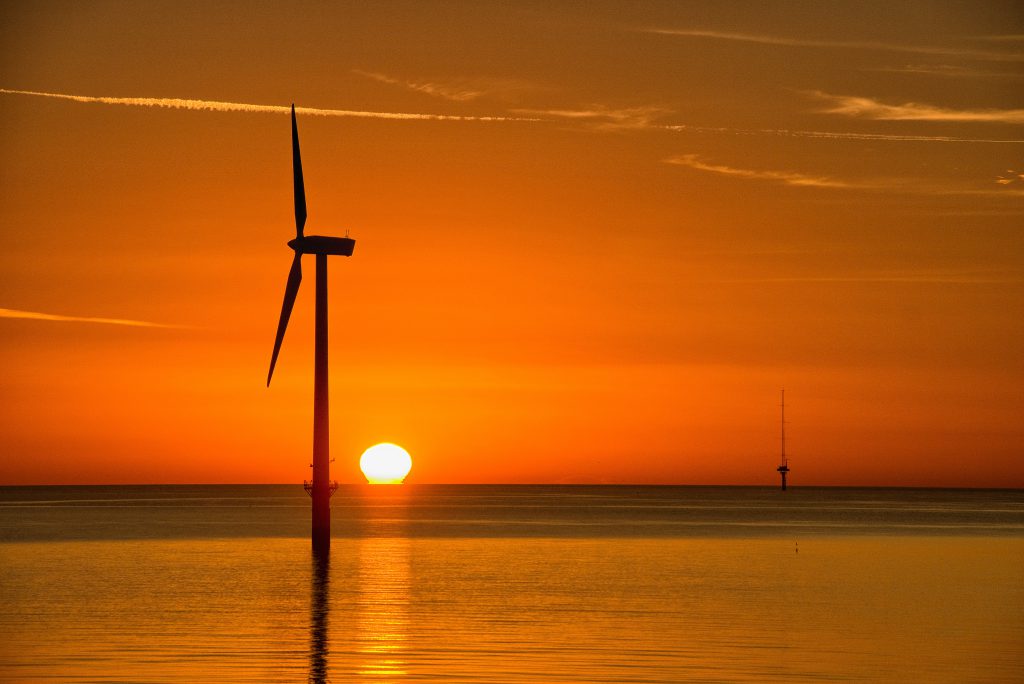 Why Renewables Can’t Save the Planet - Quillette

When I was a boy, my parents would sometimes take my sister and me camping in the desert. A lot of people think deserts are empty, but my parents taught us to see the wildlife all around us, including hawks, eagles, and tortoises. After college, I moved to California to work on environmental...

Consider California. Between 2011–17 the cost of solar panels declined about 75 percent, and yet our electricity prices rose five times more than they did in the rest of the U.S. It’s the same story in Germany, the world leader in solar and wind energy. Its electricity prices increased 50 percent between 2006–17, as it scaled up renewables.

I used to think that dealing with climate change was going to be expensive. But I could no longer believe this after looking at Germany and France.

Germany’s carbon emissions have been flat since 2009, despite an investment of $580 billion by 2025 in a renewables-heavy electrical grid, a 50 percent rise in electricity cost.

Meanwhile, France produces one-tenth the carbon emissions per unit of electricity as Germany and pays little more than half for its electricity. How? Through nuclear power.

Then, under pressure from Germany, France spent $33 billion on renewables, over the last decade. What was the result? A rise in the carbon intensity of its electricity supply, and higher electricity prices, too.

What about all the headlines about expensive nuclear and cheap solar and wind? They are largely an illusion resulting from the fact that 70 to 80 percent of the costs of building nuclear plants are up-front, whereas the costs given for solar and wind don’t include the high cost of transmission lines, new dams, or other forms of battery.

It’s reasonable to ask whether nuclear power is safe, and what happens with its waste.
Click to expand...

Getting money by means of hard work and enterprise is difficult and it can be done without involvement of politicians which pisses them off big time.
The boyos want more and don't want to work in supermarkets stacking shelves. The way to do that was organized religion which gave career opportunities with little manual labour. However no one bothers with that any more and most won;t pay the clergy their dies. The vacuum is filled with climate change which scares government into spending on nonsense infrastructure like electric cars, pylons and wind farms that don't work.

Thankfully an economic collapse is now on is way for Ireland which should save what remains of the environment and end their hysteria for a while.

I tend to think that once on hysterical bout is over it tends to die and be replaced by another one. So I think climate change will become toxic. Then a new scare will take hold. However, it is possible the established political parties will survive it all and they will resurrect climate religion again. I don't know. Only a period of extreme poverty can fix the minds of the Paddywhackery Irish. Lets hope it comes soon.