Very interesting presentation from Morgoth on the contrast between the overt Social Credit System of China and the West's covert systems (for now).
China's system uses social credit as a means of pushing citizens towards being productive and functioning members of society by encouraging family values, respect for the law and nation and patriotism, charitable acts and good social/neighborly behavior. The Wests system uses political correctness to undermine family values, encourage lawlessness and endless questioning of ones history and origins, mocks or subverts patriotism, uses charities/NGOs to further undermine indigenous groups and encourage diversity and lack of social cohesion and offers little or no benefit for being social or neighborly

The likes of Dave Cullen constantly fret about China Style Social Credit system being rolled out in the west. If only
Last edited: Oct 17, 2020

Yes indeed.
If we are going to try to control people and keep millions of them working together in a society,
then at least be honest about it and do it for well thought out structural reasons that they can all see some benefit from.
And provide a decent reward system for people if they choose to work together for common benefit
while isolating all the selfish wankers that undermine and destroy what others have tried to build.

At least the Chinese system is collectivist in nature and not encouraging of complete selfishness and individualism, unlike the system here.
The western system of deceit that we live under is just a plutocracy which systematically destroys the fabric of society to benefit a few at the top.
In fact. you'll notice that they actually shot their corrupt banksters in China. Wheras we just let them go free!

The response to Covid is a demonstration of the superiority of the Chinese system in coping with
societal wide problems. Here we get hoaxtards on the streets willing to let others die for "muh freedumbs"
It's a complete mess.

(And the fact that the virus likely originated in China is neither here nor there when discussing the response to it!)
"If they can get you asking the wrong questions, they don't need to worry about the answers." -Thomas Pynchon
E

I think this might be of interest . Ramsey Dewey lives in China and is married to a Chinese woman. He also speaks Chinese and runs a MMA gym in Shanghai. Here answering a question about the Chinese social credit system.

Systems of control - rely on the perception, people are dependent on the system and cannot look after themselves ( which is largely true to speak of now), the problem is with that is it perpetuates a situation where people end up being dependent, kind of like a junkie drug addled dependent. In the past people had to fend for themselves if that sort of ''non system'' was allowed to develop, people would be more self sufficient and the population of human pests ( as we are now , all 7 billion of us) would be more sustainable.


I think the problem is not East Vs West, its about getting back to basics. People now live beyond their means, cannot survive without a loan or mortgage, ''being in the system'' is where ((( they ))) want us and (((( they )))) are both behind east and west. People now live beyond their own grit or natual ability. A soy limp armed bilionaire? With oodles of land? What is that?? BUT - Let us not fool ourselves that we are looking at a real alternative, when we look to the east.
S 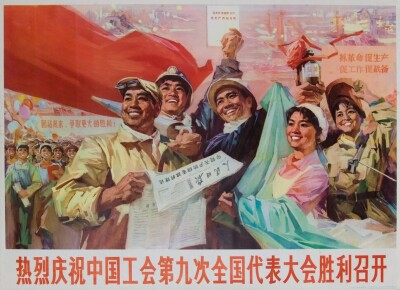