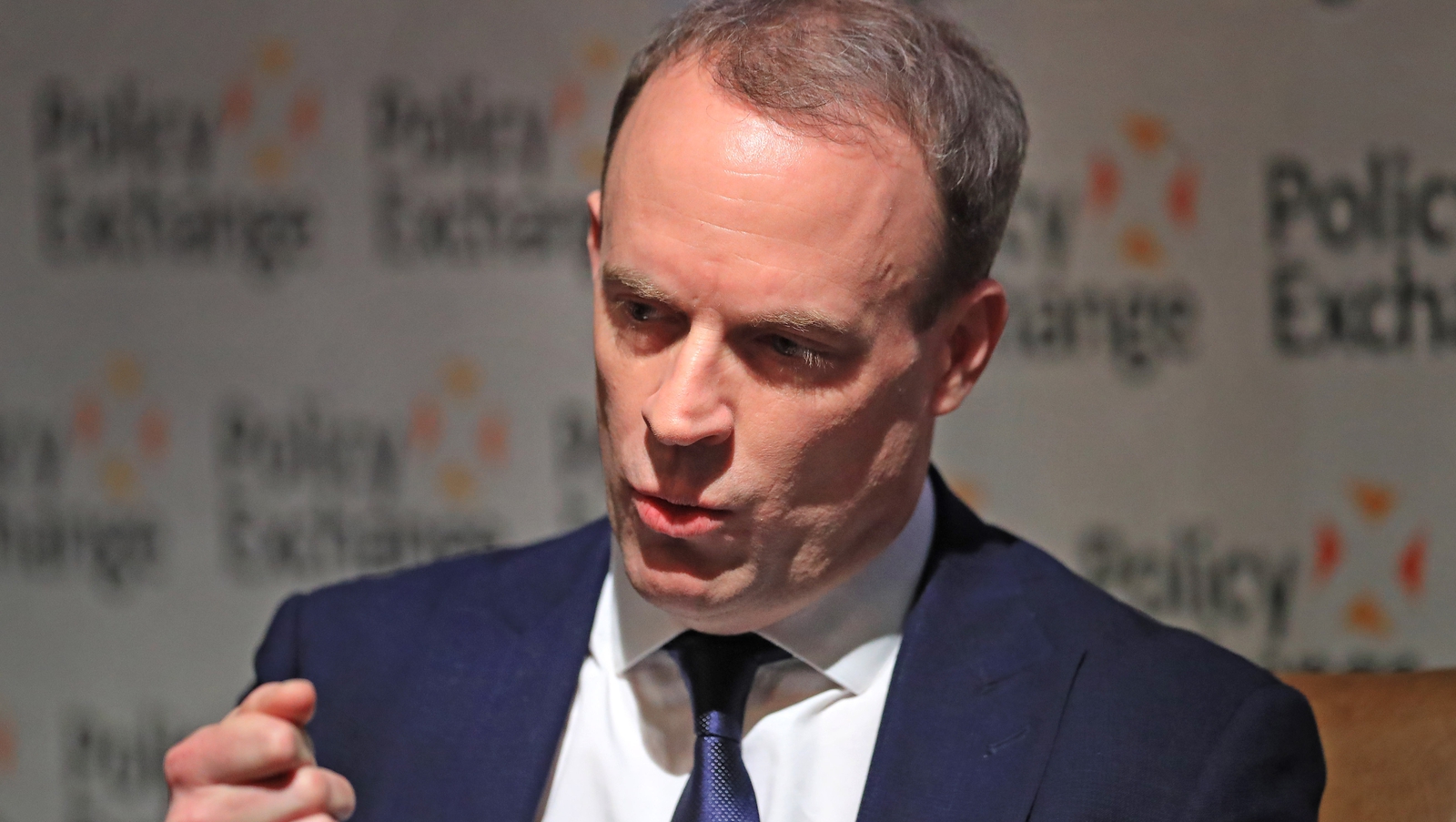 Britain expects the EU to "live up to" its undertakings to offer the UK a Canada-style free-tradedeal, foreign minister Dominic Raab said, reiterating that any deal will not require "high alignment" with the bloc's rules.

Britain expects the EU to "live up to" its undertakings to offer the UK a Canada-style free-tradedeal, foreign minister Dominic Raab said, reiterating that any deal will not require "high alignment" with the bloc's rules.

Mr Raab has said there will be no new checks on goods if the EU sticks to its commitments.

He said will travel to Japan and Australia next week to work on agreeing trade deals and explore "global" opportunities for Britain after Brexit.
Click to expand... 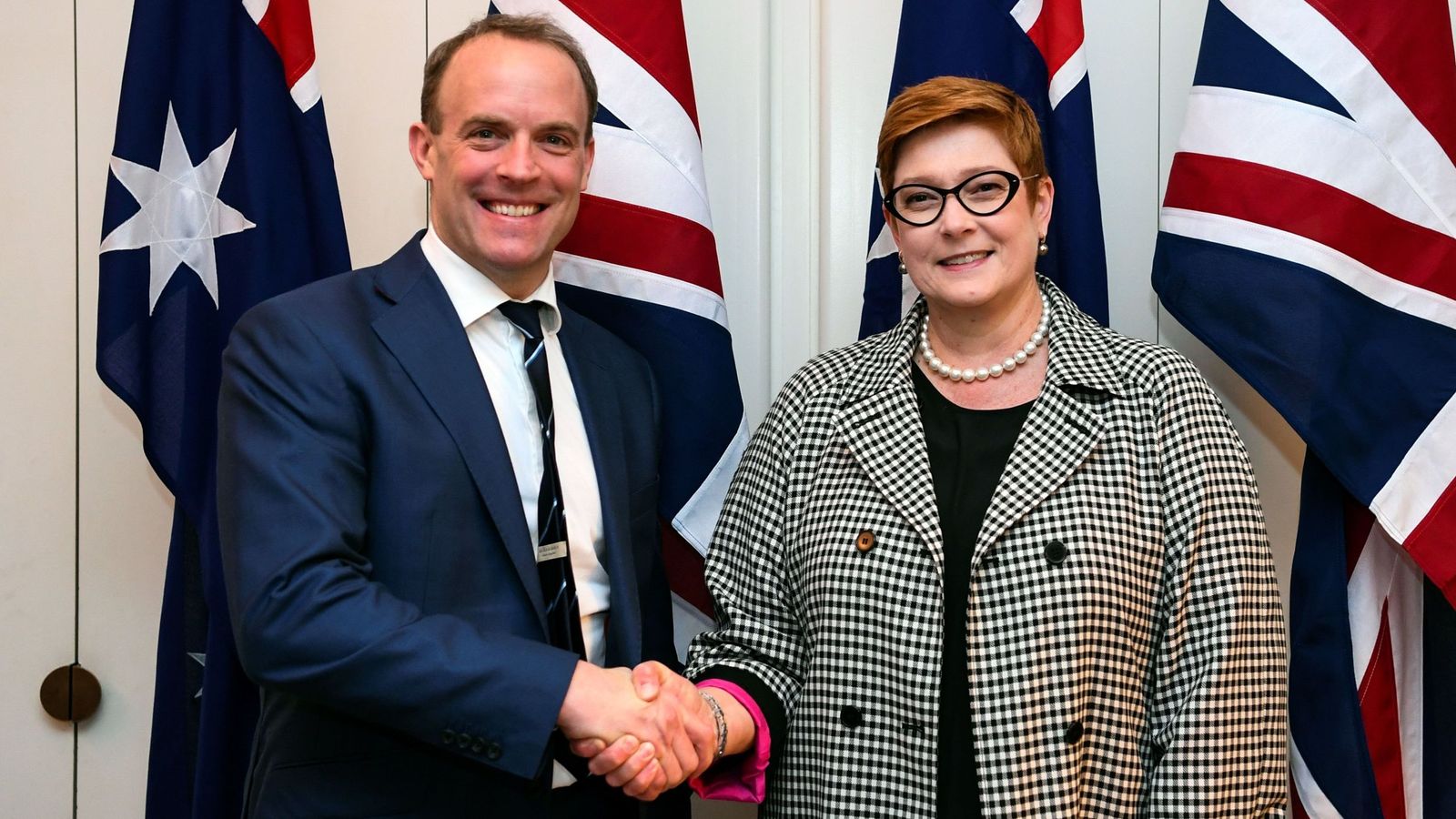 The foreign secretary says an agreement with Australia is part of the "first wave of high-priority deals that we're pursuing".

Ms Payne said she was confident that Australia could agree a trade deal with Britain.

She added: "We are ... at opposite ends of the world, yet we are very ready and able to grab a new era of opportunity for enhanced strategic and economic co-operation.

"We also look forward to an early, comprehensive and ambitious free trade agreement because we both believe in rules-based markets for trade and investment."
Click to expand... 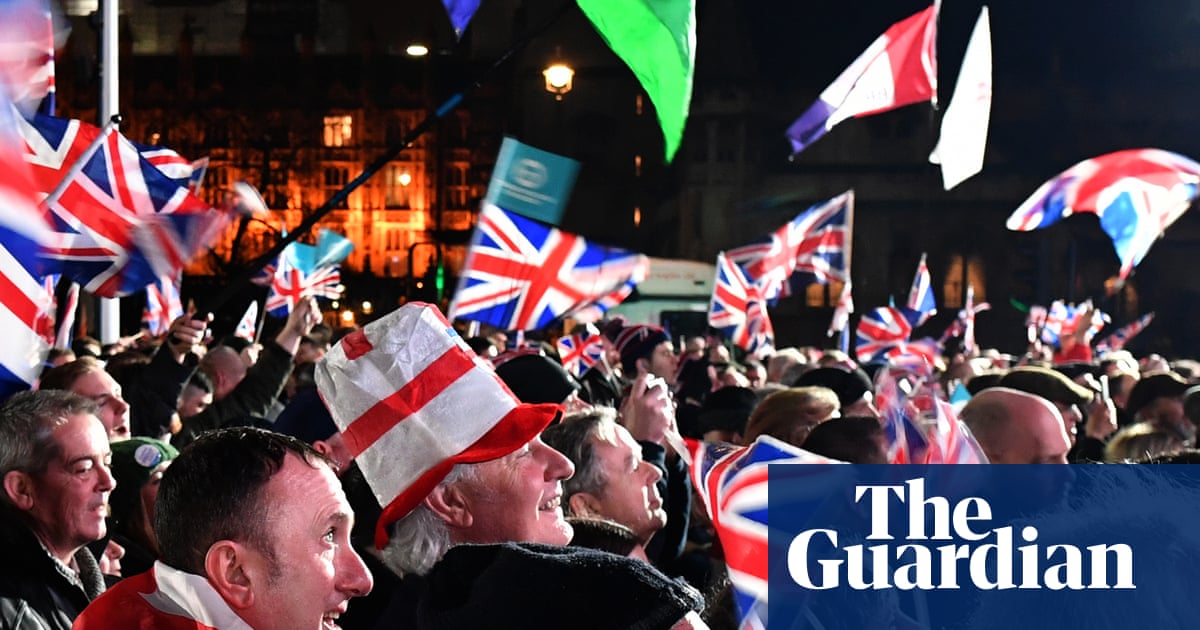 The BBC has said news presenter Geeta Guru-Murthy was correct to describe the crowd at a Brexit rally as “very white”, on the basis that it was an accurate description of those in attendance.

Hundreds of people complained to the BBC after Guru-Murthy commented on the ethnicity of Brexit supporters celebrating in Parliament Square on 31 January, as Britain prepared to leave the EU.

The BBC rejected the complaints about the news broadcast and said it stood by Guru-Murthy’s description of the Brexit supporters in attendance, which was given in the context of questions about attitudes towards immigration.
Click to expand...

Yes most people that voted for Brexit, mainly because they don't like mass immigration ,are white and English / British that's not a problem,it's a solution. Ireland needs to do the same.We are seeing the last days of the EU it is finished, the English should be proud of starting the beginning of the end of the EU.
E 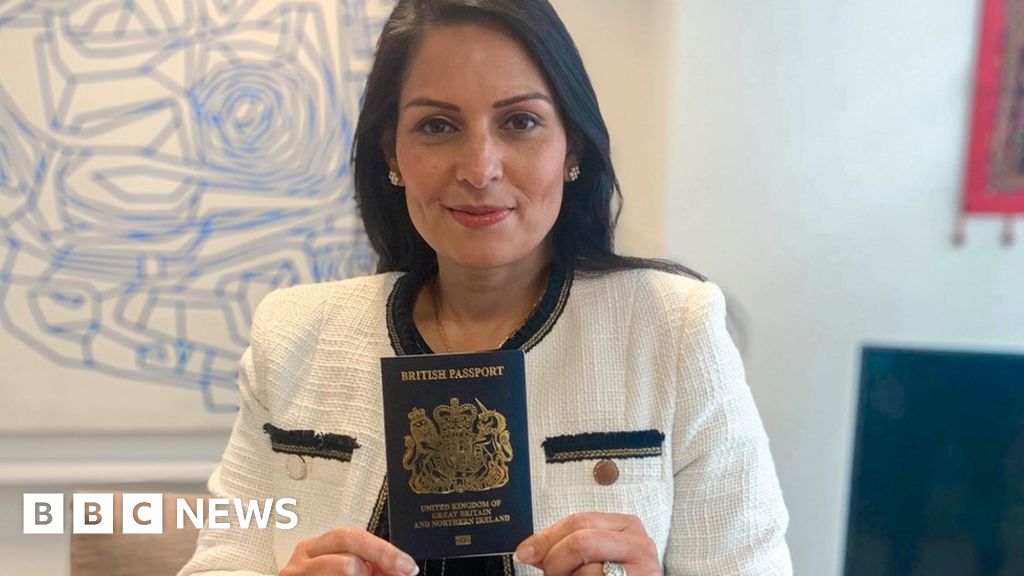 They will begin to replace the current burgundy passports, following the UK's departure from the EU.

The first blue British passports for nearly 30 years will be issued next month, the Home Office has said.

The current burgundy design is being replaced, following the UK's departure from the European Union.

Blue passports were introduced in 1921 and phased out after 1988 when members of the then European Economic Community agreed to harmonise designs.

Home Secretary Priti Patel said the passport will "once again be entwined with our national identity".
Click to expand... Northern Ireland is “at the centre of a very complicated Venn diagram”, is how one academic put it.

At one stage, the Irish protocol was the backstop. It drew criticism and caused debates over whether it was necessary to be included in the first phase of talks or not – this is because a hard border will be tied closely to what trade deal there will be.

This would be the arrangement until the EU and UK agreed to a trading arrangement that wouldn’t require a hard border.

There was opposition to this in the House of Commons at the time, so the backstop was made UK-wide. This would mean the whole of the UK would have to abide by the EU’s tariffs with other countries indefinitely, until another arrangement was put in place.

This was then scrapped, in favour of a new version of the Irish Protocol that doesn’t have a name yet (it’s somewhat mockingly referred to as ‘the frontstop’).
Click to expand...

A trade deal would soften the blow, significantly, and spread out the costs to the economy over a longer period of time. An exit of the UK from the EU trading bloc at the end of the year without a deal would be much more disruptive. And months of uncertainty lie ahead before businesses know which way this one will land.

A deal is possible, but will require political will and, at the moment, tensions are significant and the talks will start in an environment of suspicion and some distrust. At most, given the time constraints, a minimal deal just covering goods looks possible, with other issues like services trade postponed until a later date.

The negotiations will be about what trade rules apply in future between the EU and UK. With the UK leaving the EU single market, the current completely free flow of trade between the EU and UK will end on December 31st this year – unless an extension to the talks is agreed, which as of now looks unlikely.

Under the rules, the UK must seek an extension of the standstill transition period which has applied since Brexit day by the end of June.
Click to expand...