Armenia and Azerbaijan erupt into fighting

Little known fact -
While everyone knows about the Ethnic cleansing campaigns of the Yugoslav wars few people for some reason know that the Azeris with their Turkish henchmen had engaged in a campaign of ethnic cleansing aimed against Armenians prior to that.

the U.S. Congress produced a statement declaring that: 'In January 1990 ... a crowd of about 50,000 divided into groups and began raiding and invading Armenian homes, brutalising the inhabitants, including women and children, destroying and burning houses. The violence, killing, rapes, beatings and forcible expulsion of Armenians persisted between January 13 and 20... Not until the evening of January 20, after most of the Armenian population had fled or been expelled from Baku, did the Soviet army intervene to stop the seven-day massacre.'
Click to expand... 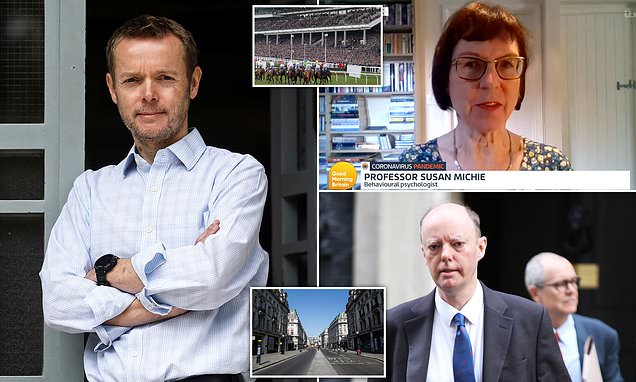 DOMINIC LAWSON: When will scientists admit THEIR Covid errors?

DOMINIC LAWSON: When it comes to consistency over the coronavirus, who do you trust more: the scientists or the politicians?

Find yourself a job. I attend my classes online since my school is closed because of corona but wtf are you doing here all day long ? Do something beneficial for the World instead of spreading lies here.

Christian terrorists love to terrorize the World. They cant live in peace. They first try to provoke innocent people to make excuse to attack them. If they cant achieve it, this time they start to harm themselves to play the victim. There are millions of examples of it in the history and there are many examples of it in Azerbaijan - Armenia conflicts too. Armenians always try to provoke Azeris with the support of Russia and with support of all Western countries and when Azeris respond them they start to shed crocodile tears. Armenians were always the agressive side in all their history. Armenians are not even natives of the region, all historical sources support the idea that they are kinship of Greeks who came to Caucasus area from Balkans. Chechens of Caucasus region can understand ancient Urartu inscriptions while Armenians cannot because Armenians are not from this region, they have a European kind of language structure.
The Turk

Some interesting informations for ignorants. I will be your light in your dark and drunk World.

Russian Minister of Foreign Affairs is an Armenian guy.

Russian Minister of Defence is a Turkic guy.

You're starting 'un-hinge' - Things not working out the way you planned.
Just like this covid morons here, you should keep away from the propaganda channels, and think for yourself instead of repeating rubbish.

Groups of people all over the world have done bad things, and you cannot use this to justifiy what is happening in Armenia.
If you want to live peacefully and not look over your back for the rest of your life, I suggest you don't start/support a war.

I wont look over my back because I always walk with my back against the walls.
N

Kai said:
I wont look over my back because I always walk with my back against the walls.
Click to expand...

Good thing to do when you walk pass the Dail here.
Also while doing that, don't pick up anything off the ground either.

They lost at least 5000 soldiers and still cannot understand they should not stand around in groups.

Question: Why Russia-US-France or any other countries cannot stop un-manned air vehicles of Turkish Army in Syria, in Libya, in Armenia, which bombs their friends in nonstop ? Would they not like shot down many of them to disgrace Turkish Army ?

These guys claims Armenians open fire at civilian areas of Azerbaijan from the church. Western backed PKK terrorists were using the same tactic in Syria against Turkish Army, they were shooting at Turkish soldiers from churches and when soldiers counter fire, they were making propaganda of it as "Turks open fire at churches".

Armenia attacks civilians in Ganja city one more time. Not a hoax, 100% real.

These guys genocide themselves, they just need to leave the occupied territories.