16 May 1945: On this day Eamon DeValera addressed the Nation in reply to Churchill's attack on Irish Neutrality in WWII - was this his Finest Hour?

16 May 1945: An Taoiseach Eamon DeValera made his famous reply on Radio Éireann to the speech of British Prime Minister Sir Winston Churchill a few days earlier in which he disparaged the role of the Irish Free State in the Second World War which had just ended.

In that speech Churchill had cast a cold eye on Mr Eamon De Valera’s role in denying to Britain the naval facilities known as the ‘Treaty Ports’ in the South that he felt they had a right to in time of war & compared it with the Loyalty of the North in the recent Conflict. In his Victory speech he called out the Irish Government:

...the approaches which the southern Irish ports and airfields could so easily have guarded were closed by the hostile aircraft and U-boats. This indeed was a deadly moment in our life, and if it had not been for the loyalty and friendship of Northern Ireland, we should have been forced to come to close quarters with Mr. de Valera, or perish from the earth. However, with a restraint and poise to which, I venture to say, history will find few parallels, His Majesty’s Government never laid a violent hand upon them, though at times it would have been quite easy and quite natural, and we left the de Valera Government to frolic with the German and later with the Japanese representatives to their heart’s content."

This was a jibe that DeValera felt he could not let go unanswered and he took to the airwaves to counter the accusation that Ireland should have actively taken part on Britain’s side in the World War just ended. Some days previous he had called upon the German Legation and commiserated with the German representative here Dr Hempel on the death of the German Chancellor Adolf Hitler. To say this had not gone down well in certain quarters would be something of an understatement! However Churchill had then blundered in seeking to portray Irish Neutrality as something that Britain had the Right to override if it so wanted to do so. To this DeValera replied:

"Allowances can be made for Mr. Churchill’s statement, however unworthy, in the first flush of victory. No such excuse could be found for me in this quieter atmosphere. There are, however, some things it is essential to say. I shall try to say them as dispassionately as I can. Mr. Churchill makes it clear that, in certain circumstances, he would have violated our neutrality and that he would justify his actions by Britain’s necessity. It seems strange to me that Mr. Churchill does not see that this, if accepted, would mean that Britain's necessity would become a moral code and that when this necessity became sufficiently great, other people’s rights were not to count... Surely Mr. Churchill must see that if his contention be admitted in our regard, a like justification can be framed for similar acts of aggression elsewhere and no small nation adjoining a great Power could ever hope to be permitted to go its own way in peace...
Mr. Churchill is proud of Britain’s stand alone, after France had fallen and before America entered the war. Could he not find in his heart the generosity to acknowledge that there is a small nation that stood alone not for one year or two, but for several hundred years against aggression; that endured spoliations, famine, massacres, in endless succession; that was clubbed many times into insensibility, but each time on returning to consciousness took up the fight anew; a small nation that could never be got to accept defeat and has never surrendered her soul?"

His speech had an electrifying effect on Irish public opinion and was seen as a dignified response to Churchill’s ill considered remarks about Ireland. It appears that on mature reflection the British Prime Minister realised he had gone too far and the matter was let drop. Anyway he heavily lost the British General Election in June that year and did not return to Office until 1951 - by which time the Irish Free State had declared itself a Republic and was not even nominally part of the British Empire - an event that Mr DeValera had nothing at all to do with it! 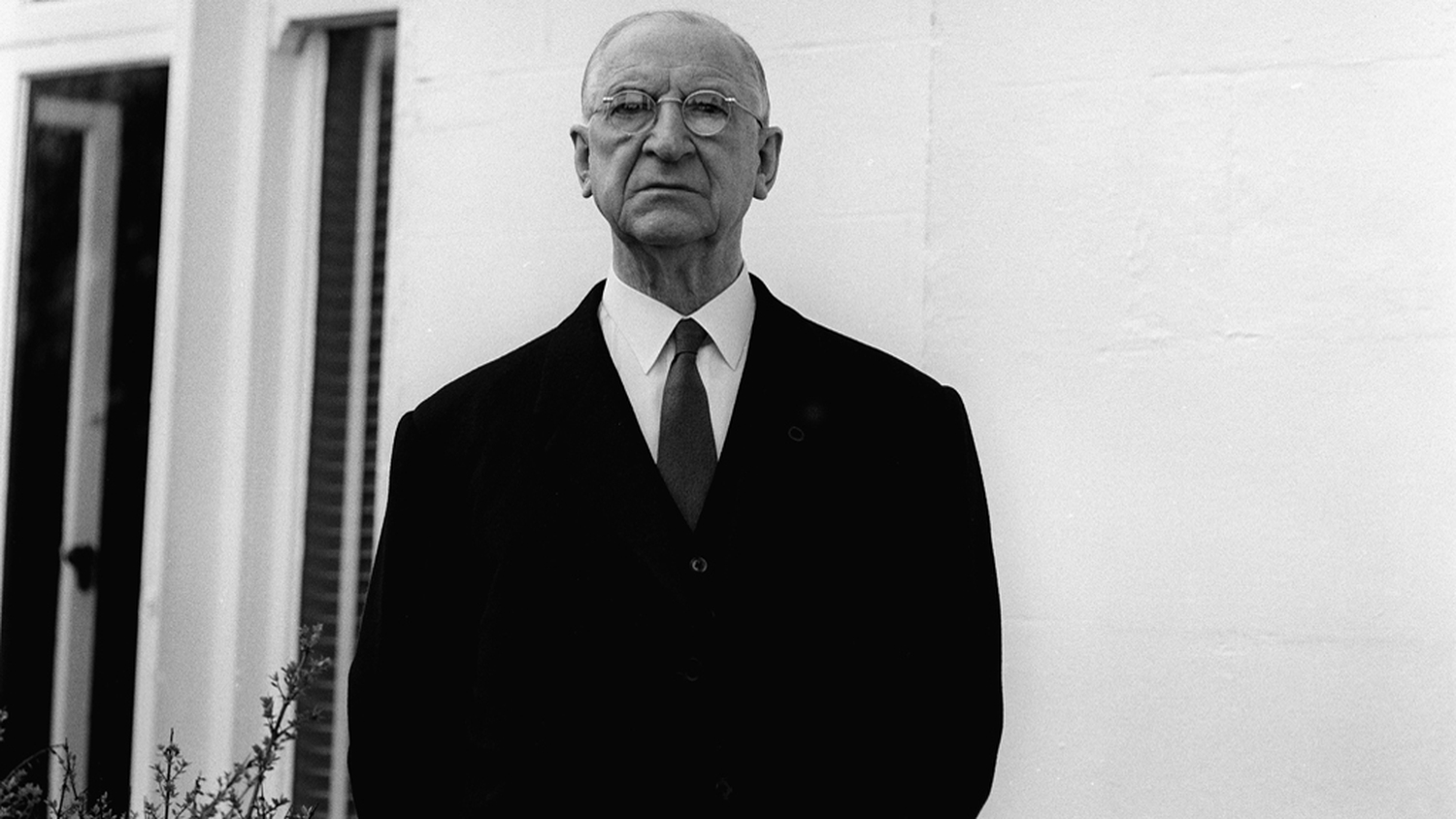 Ireland would have been in a far far stronger position to weather and consolidate her neutral position had not DeValera catapulted the country into civil war 23 years earlier.
Getting back the Treaty ports in 1938 was certainly a major achievement

Can he be forgiven on the basis of his stewardship of the country during WW2?
I am not so sure .

This excellent speech is of course often quoted but one Swallow does not a summer make.

To say this had not gone down well in certain quarters would be something of an understatement!
Click to expand...

You sure about that?

Opinion of Hitler in the 1940's in Europe was fairly divided. It's only in recent decades that the man has become a caricature through propaganda.
OP

The_Chauvinist said:
You sure about that?

Opinion of Hitler in the 1940's in Europe was fairly divided. It's only in recent decades that the man has become a caricature through propaganda.
Click to expand...

The Field Marshal said:
Ireland would have been in a far far stronger position to weather and consolidate her neutral position had not DeValera catapulted the country into civil war 23 years earlier.
Click to expand...

It was the traitors who sold out the Irish Republic and bent their knee in loyalty to the English Crown who perpetrated the civil war. Really, it wasn't a civil war at all, but a Brit counter-revolution against the Irish Republic.
Shaheed General Qassem Suleimani
Murdered by cowardly criminals
Ar dheis Dé go raibh a anam dílis​

Dev was certainly the outstanding Irish politician of the 20th Century. He hanged Republicans, so I'm not in any way fond of him, but he is a giant compared to the Lilliputians in Leinster House today.

Devs finest hour was as Commander of Bolands Milll during the Easter Rising, It is reported that he spent most of the time hiding under the table when the bullets started flying .
Dev neve fired a shot in anger for Irelands Freedom. Devs loyalty was only ever to his lust for political power, which cost the lives and livelyhoods of many fine Irishmen.
His economic policies or lack of, caused many of our finest to emigrate, never to return..
OP

Was Dev right in his reply to Sir Winston Churchill

- or should he have swallowed his medicine?
K

It's an insult to De Valera to say his finest hour was a speech given in response to Winston Churchill, not even neutrality in WW2 was his finest hour (but it was close), it automatically places his life work below that of Churchill. Steering the country to independence from the UK (if not from the Vatican) and breaking the various tethers along the way was his finest hour. Not a perfect leader by any stretch of the imagination, his nadirs were fairly bad.

Churchill dearly would have loved to have had the chance to invade Ireland if international politics would have allowed him. The speech he gave was full of this desire, had he been facing the modern politicians in Ireland they would have done anything he said during the period simply by Churchill's threats. The speech by De Valera was great in parts, i admire his recalling of the centuries of malaise visited upon this island (and our resolve) in it, again modern politics influenced by the revisionist historical narrative that now dominates would never have invoked that.
F

bells of shandon said:
Devs finest hour was as Commander of Bolands Milll during the Easter Rising, It is reported that he spent most of the time hiding under the table when the bullets started flying .
Dev neve fired a shot in anger for Irelands Freedom. Devs loyalty was only ever to his lust for political power, which cost the lives and livelyhoods of many fine Irishmen.
His economic policies or lack of, caused many of our finest to emigrate, never to return..
Click to expand...

similar to joseph Stalin. Dev was very brave when miles behind the actual fighting.

He sold out to the church in order to make himself de facto King in his new model Republic. And his attempts to take Ulster were all fake choreography.

Ruthless against republicans. Dev was documented as carrying a copy of Machiavelli's Prince in his coat pocket. His first instincts were self preservation and aggrandisement. The treaty Collins got was good enough. Dev shed irish blood for nothing.

His militaristic delusions were fantastical. Aer Lingus translates as Air Fleet....akin to aeroflot.

And the idea that tiny ireland could have a trade war ? and win ? pure insanity.

Ireland might not have 'surrendered her soul' at the time of Dev, but that was long before she joined the EU.
OP

Polyco said:
Ireland might not have 'surrendered her soul' at the time of Dev, but that was long before she joined the EU.
Click to expand...