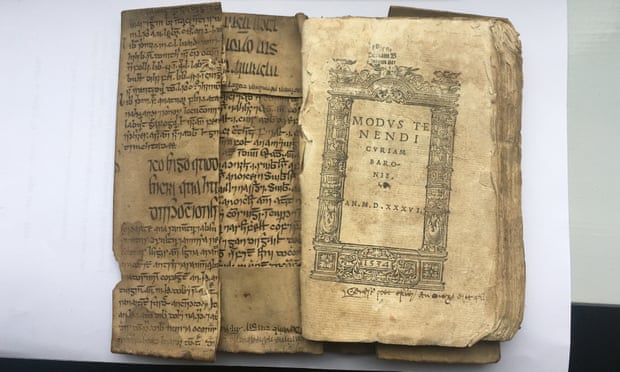 A 15th-century vellum manuscript of the writing of the revered Persian physician Ibn Sīna, or Avicenna, has been found being used to bind a later book, revealing for the first time that his seminal Canon of Medicine was translated into Irish.


The manuscript had been trimmed, folded and stitched to the spine of a pocket-sized Latin manual about local administration, which was printed in London in the 1530s. It had been owned by the same family in Cornwall since the 16th century. When they decided to satisfy their curiosity about the unusual binding last year, they consulted University College Cork professor of modern Irish Pádraig Ó Macháin, who said he “knew pretty much straight away” that it was a significant find.


“It really was very, very exciting, one of those moments which makes life worthwhile,” said Ó Macháin.


Professor Aoibheann Nic Dhonnchadha of the Dublin Institute for Advanced Studies, an expert on medieval Irish medicine, identified the text as a fragment of Ibn Sīna’s Canon of Medicine, a previously unknown Irish translation. Ibn Sīna lived between 980 and 1037 and was one of the Islamic golden age’s most influential scholars.


“While there are references to Avicenna scattered through other medical texts in Irish, we now know, for the first time, that the Canon was translated into Irish. This fragment must have come from a seriously big manuscript,” said Ó Macháin. “The use of parchment cut from old manuscripts as a binding for later books is not unusual in European tradition, but this is the first time that a case has come to light of such a clear example of the practice in a Gaelic context.”

Ó Macháin said that medical scholarship in medieval Gaelic Ireland was on a par with that practised on the continent, with evidence of Irish scholars travelling to European medical schools and bringing their learning back to Ireland. “The reason [the fragment] was translated was that Irish was the language of learning in medieval Ireland, whereas Latin fulfilled that role everywhere else,” he said.


It would have been cut up, he said, following the Elizabethan conquest of Ireland, which put an end to the old Gaelic society. “Early universities in Ireland, supported by the Gaelic lordships, that all fell asunder as the Elizabethan conquest proceeded. Books like these were destroyed, and others were damaged and cut up, and it’s in that wider context you have to see whoever owned this book clearly came into possession of some such manuscript and thought nothing of trimming it and making a binding of it,” he said. 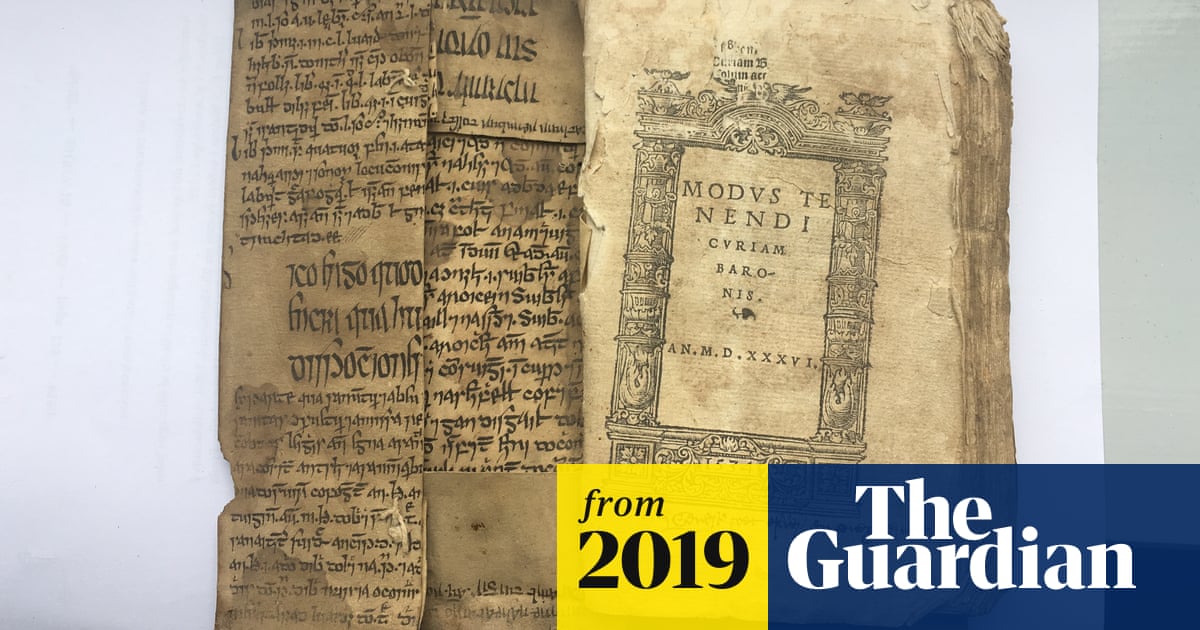 Manuscript of ancient physician’s Canon of Medicine had been used to bind a later book, and shows that medieval Ireland’s medicine was in step with the rest of Europe

Amazing..had it not been destroyed it would probably not exist now !
OP

page61 said:
Amazing..had it not been destroyed it would probably not exist now !
Click to expand...

It horrible to think of those Saxon savages cutting up and burning such wonderful works of learning and art. Of course, they did the same thing to Irish human beings.
Shaheed General Qassem Suleimani
Murdered by cowardly criminals
Ar dheis Dé go raibh a anam dílis​
You must log in or register to reply here.
Share:
Facebook Twitter Reddit Pinterest Tumblr WhatsApp Email Share Link
Menu
Log in
Register
Install the app
Top Bottom